Would you share your car with a total stranger? Ride-sharing is a growing trend that’s attracting car owners and renters alike willing to go for person-to-person car-sharing services like Turo.

“Ninety-five percent of the time, cars sit idle in a parking lot or driveway,” notes Cedric Mathieu, vice-president and head of Turo Canada. “This is a waste of value. The idea is to unlock the value that is locked into the car and make it accessible to anyone. There’s no need for huge car rental companies to buy hundreds of thousands of cars every year when we already have a big number of cars that aren’t used all of the time. It makes more sense from an environmental standpoint.”

Launched in Canada in 2016, Turo has since expanded to four provinces across the country — Nova Scotia, Alberta, Ontario and Quebec — and is Canada’s largest car-sharing network. Car owners, or “hosts,” share their vehicles on the Turo app and make money in the process. Three-and-a-half years later, Turo now has more than 850,000 registered Canadian members and roughly 32,000 cars up for grabs. “It’s a model that’s gaining popularity, and we’re growing at a triple-digit rate and we have been for the past three years,” says Mathieu.

He wants to offer Turo to all Canadians, but the varying insurance framework in each province poses challenges. The company is working with provincial insurance regulators to roll out new car-sharing policies across the country, but that takes time. And there are other obstacles. “The main challenge for Turo over the past few years has been around changing the way Canadians think about their cars. Turo fundamentally changes the economics of car ownership, but only a small percentage of car owners have already realized the potential that peer-to-peer car-sharing represents,” says Mathieu. “As long as you’re comfortable sharing your car with strangers for a few days every month, your car doesn’t have to cost you money. It pays for itself.”

And for many hosts, it can be profitable. According to Mathieu, hosts earn on average $600 a month by sharing their vehicles nine days a month, and even more in summertime. Last summer, the average income for Turo hosts in Ontario was $1,000 a month. Mathieu notes two interesting, and conflicting, trends emerging with this ride-sharing economy. “We’re helping and supporting a way of life where you don’t need to own a car,” he says. “At the same time, because we have this great platform you can use to make money off your car, we have a number of people who are buying [cars] because they can afford it now. Car ownership was a luxury they could not afford, but because they’re earning $600 a month [through ride-sharing], now they can own a car. Turo becomes a way to afford luxury cars.”

Lending your car to a complete stranger does have its risks. Still, it hasn’t stopped 37-year-old Stephen Ozsungur in Mississauga – a medical devices and diagnostics salesman – from listing on Turo his third car, a Tesla Model 3, which cost about $65,000 (minus $80 for the electric-vehicle rebate offered by Ontario’s previous Liberal government).

“I thought it would be a great opportunity to own the car and also share it to help pay off the monthly payments and justify buying the car. Since I rented [out] this car, I’ve netted about $15,000, plus my incentives from [the] government – nearly $14,000. I’ve written off about $30,000 of the cost of the car in a year,” Ozsungur boasts. “I believe the car is an asset right now as opposed to a liability. [But] I don’t think every car can pull it off on Turo. I think [my Tesla is] a highly coveted car.”

Depending on the time of year, Ozsungur rents out his Model 3 from $150 to $200 a day. But a big chunk goes to Turo, he points out. “Turo initially was taking a 25-per-cent cut of the daily rental rate. I think they’re taking too much – with 25 per cent, they’re pushing it. It is quite a bit, but it covers all the insurance [$2-million liability coverage],” he says. “I’m basically netting around $100 to 105. For me, that’s fine. [Renting out the car] five days a month covers a good chunk of my payments. This could be a big money maker in the future.”

Steven Knell, 30, an American musician and conductor, used Turo in Canada for the first time while travelling through Banff, Alta., last summer. While he owns a Mini Cooper and would never share it on Turo, he does love the convenience and opportunity to drive cooler cars. “I’m a Hertz President’s Circle member and I still default to Turo even though I get upgrades on Hertz [because] it still makes more sense. Instead of supporting large corporations like Hertz, you’re supporting local people who want to rent out their cars. That’s a compelling argument as well.”

But if you’re looking for inexpensive cars to rent, Turo might not be the way to go, he cautions. “As an example, my sister and I went to Salt Lake City for a week and we went with a rental agency. We got a Dodge Caravan for $150 for a week! Sometimes rental agencies have good deals; they can be cheaper and you can get a nicer car. Cheap cars on Turo are usually 2009 Corollas, which get you around, but compared to a brand-new car rental, [rental car agencies] can be more compelling.”

Renting on Turo isn’t necessarily more affordable. It’s about the experience, explains Bill DeBlois, 37, a PEI resident who used Turo in Toronto “out of curiosity” last summer. “I’m a bit of a car person and it was an opportunity to drive and experiment with something a bit different that you wouldn’t normally find in a regular rental car agency.

“It was nerve-racking the first time you’re signing up for it [because] you are dealing with a wild card. And I could have gone on Turo and rented a Malibu. It was a personal choice to drive a Tesla [Model 3]. It was a bit more expensive than [if I’d] gone the traditional route, but not by a lot. My experience was great. I’d definitely use [Turo] again.”

The company’s goal, Mathieu notes, is to continue expanding to more provinces and turn Turo into a household name. “We want to see a world where the majority of cars in circulation are shared. This will require a major change in [the] mindset [of] car owners across the country to take that leap of faith.” 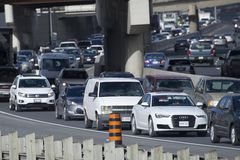 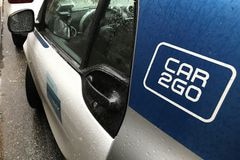 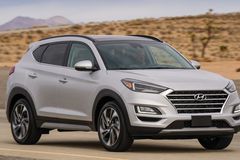