With 400,000 units sold around the world, the Nissan Leaf is the bestselling electric vehicle of all time, a title it has earned through pragmatism, not prestige. Sixty years ago, the plucky little Volkswagen Beetle was a similarly no-nonsense bestseller. Let’s see how the future compares with the past.

(No, you haven’t been caught up in some kind of Doctor Who time rift. We just thought it would be fun.)

Beetle: Isn’t it lovely? The Beetle’s friendly and familiar face is elegant in its simplicity. This early model is very well cared-for and mostly original. The owner, Lorne Freeman, runs a Vancouver-based specialist auto brokerage called Portfolio Automotive Consultants. He estimates he’s owned more than 100 Bugs over his career.

As an automotive icon, the Beetle is instantly recognizable and greeted with smiles wherever it goes. In a sea of aggressively designed crossovers, it’s a breath of fresh air.

Leaf: The electric Nissan isn’t anywhere as pretty, and looks a little chunky from some angles. Its ungainly profile is a result of its roots; while this generation of Leaf is mostly all-new, it’s still built on the bones of the first-generation car.

In modern traffic, the Leaf simply fades into the background. It’s vaguely futuristic, but boasts a far less conspicuous design than something like a Prius PHEV. It’s just an ordinary-looking car. That’s a strength.

Beetle: Airy and spacious, the Beetle is roomier than you’d expect. People used these as family cars back in the days before everyone bought a three-row crossover after their first pregnancy ultrasound.

On one hand, a 64-year-old car offers about as much crash protection as a cotton T-shirt. On the other hand, the Beetle’s relative lack of infotainment options (there is a radio) means you have to concentrate on driving. Remember when that was the norm?

Leaf: Apart from the bagel-shaped gear shifter, the Leaf offers a very conventional modern interior. There’s a touch screen for some functions, but there are also buttons for air conditioning and normal knobs for volume and tuning the radio. It’s also very comfortable.

Beetle: For a retirement-aged German economy car, the Beetle is still surprisingly capable of keeping up with modern traffic. The gearshift action is like stirring a pot with a curtain rod, but a little delicacy goes a long way. The air-cooled engine clatters to life with that familiar sound, and off we go.

It’s hard to believe that this little car gave rise to a world-spanning company that owns everything from Porsche to Bentley. However, five minutes behind the wheel and the appeal of the original Beetle is clearly evident. It’s not very fast, but it is really good fun. At the time, the simplicity of the engineering meant that the Beetle was also reliable and frugal.

The only thing that’s a little alarming are the brakes, which aren’t really up to modern standards. Over all, though, the car drives just as you’d expect it to, sprightly despite its years. It makes you happy.

Leaf: Putting the Leaf into drive mode with its weirdo shifter is a bit like playing shuffleboard. Once you set off, there’s an instant surge of torque, and the car scoots up to speed quickly. Especially in urban traffic, it’s about as much power as you could ever need.

However, despite the higher power rating of the Plus model, the Leaf is not at all a sporting machine. In fact, its best piece of driving technology acts to slow you down and make your commute a bit more relaxing.

The e-Pedal, which in default mode must be toggled every time you start the Leaf, activates a strong regenerative braking effect every time you lift your foot off the accelerator. This allows for essentially one-pedal driving, which sounds like a small change but is very enjoyable. Setting it as the default can be done by digging into the Leaf’s menus and is recommended.

The mileage is also relatively accurate. Range is, of course, a concern with any electric vehicle, and it should be noted that cold weather can sap power. However, getting even 80 per cent of the Leaf's claimed 363-kilometre maximum range is sufficient for most needs.

Combined with a comfortable ride, unremarkable steering and enough power to scoot ahead if you really need to, the Leaf is very friendly to drive. Like the Beetle, it does exactly what’s expected of it.

Beetle: There isn’t any.

Leaf: Being an SL model, this Leaf came with Nissan’s suite of lane-keeping and emergency-collision mitigation systems. Also useful are Apple CarPlay and Android Auto for smartphone connectivity. If you like to listen to podcasts on your commute, the Leaf’s got everything you need.

Beetle: With a spare tire crammed under the hood, the Beetle doesn’t have quite as much space as a front-wheel-drive hatchback.

Leaf: With its battery pack tucked away on the floor, the Leaf’s 686-litre storage space is plentiful. For comparison, that’s about 150 litres more than a similarly sized Versa Note. However, folding the rear seats leaves a pretty large hump.

Beetle: As a cultural icon and beloved classic car, the original Beetle doesn’t disappoint. It wasn’t designed to be adorable, but it’s great fun to drive and surprisingly practical, despite its age. Driving this car makes you wish more ordinary cars were built to be fun and frugal.

Leaf: To some extent, the Leaf is that wish fulfilled. When federal and provincial rebates are taken into account, it’s a very affordable EV option. Low maintenance and charging costs make the Leaf a sensible choice. But more important is that the Leaf is a likeable car to drive. It’s undemanding and not particularly attractive, but it’s also charming, in its way.

Volkswagen has been investing heavily in electric vehicles, and the first electric VWs will be here soon. For now, though, the people’s electric car choice is still the Nissan Leaf. 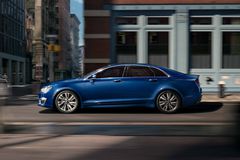 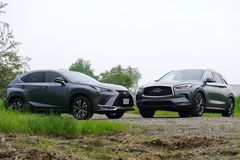 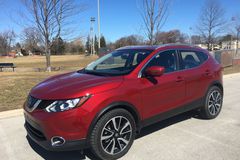