I spent hundreds of kilometres trying to pick fault with the new Harley-Davidson Pan America. Big stuff, little stuff – but the motorcycle seemed to have an answer for it all. I suppose it has to. This bike is literally the future for Harley.

We thought the future was the all-electric Livewire motorcycle, but Harley-Davidson just announced that Livewire will be its own brand, not just a model. This is smart, given that traditional Hog riders would not be seen dead on one. It’s a very good, very expensive electric motorcycle that no longer needs to be compared to the company’s cruisers.

Those heavy cruisers are the profitable mainstay for Harley-Davidson, but ultimately, they’re a marketing dead end. They’re the motorcycle equivalent of sedans and coupes and these days, riders want two-wheeled SUVs. They want bikes that are more capable and not locked into an image of beards and tattoos.

Almost every motorcycle company now makes an adventure-touring bike, and they’re big sellers: the BMW GS is the German maker’s most popular machine, helped by the adventurous TV image of actors Ewan McGregor and Charley Boorman riding them around the world. Harley says the time is right for its Pan America, but in truth, it’s at least 10 years late to the party.

That decade wasn’t entirely wasted, however, because it gave Harley the time to see what works and what doesn’t work with all its competition. What works is a macho image and lots of cutting-edge technology that soaks up choppy urban asphalt and rural gravel; what doesn’t work is that these bikes have to be quite tall to accommodate their long suspensions and high ground clearance, so they’re a challenge for shorter riders.

So the Pan America solves this by offering “adaptive ride height,” which automatically lowers the motorcycle by up to five centimetres when it’s stationary. Ride up to a traffic light and the bike sinks gently on its electronic suspension. It’s not immediate, so you’ll still need to touch the ground with your toes at the beginning before feeling your heels sag down to the asphalt. It’s not obtrusive, either – you’ll forget it’s there. It’s an option that costs an extra $1,300 on top of having to buy the more expensive Special edition, but if you don’t want it, you don’t have to get it. If your legs are short, as for many women, you’ll love it.

When this motorcycle was first revealed, commenters dismissed it as too expensive and too heavy. However, it’s less costly than the BMW competition that rules the market and, at 254 kg (559 lbs) soaking wet, lighter too. The non-Special Pan America is another $3,200 cheaper and 12 kg lighter, but it doesn’t come with the Special’s semi-active Showa suspension, crash bars, centre stand, cornering lights, or handlebar heaters.

From the start, the Pan America feels smaller than other adventure-tourers and certainly seems slimmer, though it’s more powerful in almost every regard. I slipped through gaps on-road and -off that would have given me pause with the BMW’s wide cylinders or the Ducati’s vast tank. I dabbed my feet against rocks on the trail that would have been unreachable with the lofty Honda. And when I slung my leg over the saddle to mount the bike, I never felt I was about to split my riding pants.

Most important, the Pan America does away with half a century of qualifying every comment with “for a Harley.” It has cutting-edge technology that improves the ride; it’s fast, with multiple electronic drive modes to set everything just as it should be for asphalt or dirt; and its engine is so advanced that it will never need valve adjustments. It’s even comfortable, with an effective windshield that’s easily adjustable to three settings on the move.

Of course, Harley cruiser riders couldn’t give a damn about this new bike, and that’s just fine. Harley-Davidson will continue to make the big air-cooled 45-degree twins and the traditionalists will stay happy. It’ll take longer for the younger, brand-loyal adventure-touring riders to come over to the Pan America, but they will. This new motorcycle is just too good to ignore.

Maybe you like it, but I think the Pan America looks like a Playmobil bike, maybe even a Lego machine. My tester came with the orange-and-grey two-tone paint that’s an $850 option, but I think it looks better in the basic black, or even the single grey or green options that are an extra $450. Most people seemed to love it or hate it, but it’s up to you.

Sitting on the bike, the colour touch screen is easy to read for the important stuff but there’s a lot of secondary information that most people will squint to read. The controls are simple and intuitive to operate – I had most of them figured out before I reached home, but there were some details for which I needed the owner’s manual.

At last – a Harley-Davidson that’s smaller than a truck but doesn’t thrust your legs forward and stays comfortable for hours at a time. The seat is accommodating for riding on the road, and the ergonomics are designed to let you stand when you’re in the dirt. This is a true off-roader – in car terms, it’s the difference between a Jeep Wrangler and a Nissan Rogue. Risers are available to get the handlebars just-so, and the Special even provides an easily-adjustable foot pedal for a better reach to the rear brake while standing.

Harley thought of everything. The all-new Revolution engine is phenomenal, pulling with strong torque all the way from below 2,000 rpm to its redline of 9,000. It should be as reliable and bullet-proof as anything else on the market, though I thought my tester sounded clattery at idle, at least until it warmed up. Forget the trademark potato-potato – this V-twin just rumbles.

Everything is adjustable. There are three driving modes for the road (Normal, Sport, and Rain), two more for riding off-road, and another four custom settings for whatever you like. They adjust the sensitivity of the linked brakes and the throttle, as well as traction control, engine braking, and wheelie control. For bikes with semi-active suspension, they’ll adjust the damping.

The motorcycle can be connected to your phone for music and communication, all worked with handlebar buttons, but I could never get the Navigation to work properly. It uses the GPS on your phone, not its own program, and while it would direct me to a set location, it wouldn’t just display a moving map. I assume this was a one-off technical glitch, or my own fault, but I never could fix it. Apple CarPlay, as offered by the Honda Africa Twin, would cinch the deal.

It was critical for Harley-Davidson to get the Pan America right, with price, size, and ability. It’s succeeded admirably with all three. This remarkable motorcycle is exactly what the company needs to prove itself in the highly competitive and lucrative adventure-touring market, and to move away from its niche of heavy metal and grey beards. It may not sell many tattoos, but it will please a lot of riders who would have otherwise never considered buying American.

Car Review
2021 Kia Niro EV is a budget-friendly electric champ and it faces new competition
May 26, 2021 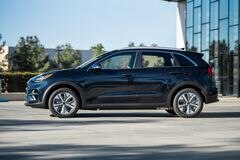 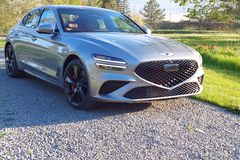 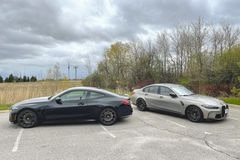