My wife and I are looking for a second vehicle to complement our Subaru Outback. This vehicle will be used as a commuter in the city. It will occasionally be driven on the highway as well.

We live in a mid-size city in Alberta, so winter safety and performance is a priority. Safety is also important because most people drive trucks around here, so odds are this car will be against a truck in an accident. We want something under $25,000 to replace our 2000 Honda Civic. Kids are in our future as well. A hatchback would be preferable as it’s versatile. – Tyler

Gentile: Tyler is a man after my own heart – driving a 2000 Honda Civic! Bravo. I drive a 2001 Honda Accord. Honda vehicles have a great track record for safety and reliability, but after nearly two decades, those two are missing the latest safety tech features on the market. And safety is key, especially if Tyler is planning on having kids in the future.

Richardson: It’s tough for car makers to sell their vehicles based on safety. Most people value connectivity and convenience the most when choosing a car and just assume that safety is covered. Which, mostly, it is.

Gentile: When it comes to safety, I always look at crash-test ratings to see how a vehicle performs in frontal, side, and rollover crashes. Unfortunately, this information isn’t tested in Canada, but it is in the U.S. Every year, the U.S. Insurance Institute of Highway Safety (IIHS) crash-tests vehicles and ranks them. Only the best of the best get the Top Safety Pick+ designation - that’s when a vehicle gets a “good” rating in several categories including frontal, side, and roof strength crash tests.

Richardson: You can’t take this stuff lightly. You’ll want it if you ever need it.

Gentile: One vehicle that did well in crash tests and received a Top Safety Pick designation from the IIHS is the 2019 Toyota Corolla hatchback. It lost out on the "+" designation because its headlights received an “acceptable” rating, but everything else received top marks, including front crash-prevention and the ease of use for child seat anchors (LATCH).

Richardson: Acceptable lighting is good enough for me when you consider how inexpensive the Corolla hatch is. It starts at $20,980.

Gentile: I agree. And the hatchback design means there’s a nice tall roofline, so it’s easy to get kids in and out of the rear child seats without banging your head. And you have lots of space in the cargo area for strollers, toys or playpens, too.

Richardson: The hatch is a far more practical version of the Corolla, and Toyota is pushing it as a sassy car for young people. It’s not that powerful, but that means it’s good on gas, and it is responsive to drive.

Richardson: So what is?

Gentile: Hyundai Kona, for one. It’s a small SUV that’s way more “sassy” than a Corolla. It’s spacious and affordable, priced like the Corolla to start around $21,000. And it beats out the Corolla in crash tests, too – Kona received the coveted 2019 Top Safety Pick+ designation – the highest rating you can get.

Richardson: The Kona can be bought with AWD for an extra $2,000, which makes it the least expensive new AWD vehicle on the market, and Tyler might appreciate that out on the winter prairie.

Gentile: AWD is a bonus on the prairie. Another option to consider is the Nissan Qashqai. The base is also around $21,000, and you can get it with AWD, but that will add more than $5,000 to the price.

Richardson: The Qashqai is very popular for good reason – it’s very nicely put together – but I think the Kona is the better deal if Tyler wants that all-wheel drive.

Gentile: As much as I hate to agree with you Mark, I think you’re right in this case. An AWD Kona meets all of Tyler’s needs from safety to affordability. But I bet it’ll still be hard to say goodbye to that Honda Civic.

What car should you buy? Write to Mark and Petrina at globedrive@globeandmail.com

Car Review
I love convertibles but need four doors for my grandkids. Do I have any options?
June 6, 2019 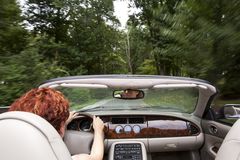 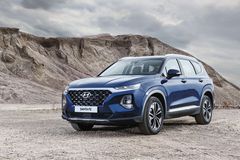 Car Review
I’m immigrating to Canada and I’m looking for a practical, no-frills car. What do you suggest?
May 3, 2019 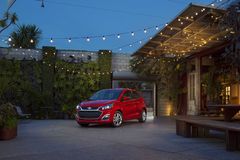