I’m turning 60 this fall and newly divorced. My kids are grown and out of the house. I’ve always driven conservative SUVs – I’ve had about five Honda CR-Vs in a row, but my lease comes due in the fall and I’m thinking of treating myself to something new, something more luxurious. I’ve been through a lot in the past few years and figure I deserve something fun to drive. Do you have any recommendations on a luxury sports car? – Monika, Waterloo

Richardson: She likes CR-Vs. I’m guessing she’s just bored of them and is looking around, but with that track record, she’ll probably just buy a sixth CR-V anyway.

Gentile: I’m banking she won’t. She sounds serious about making a change – especially after a life-altering divorce. Been there. Done that. It can really make you re-evaluate your life and your priorities.

Richardson: And your cars! Her ex has probably bought himself a Corvette by now, so we should think of something to show that up. I don’t want to sound like a cliche for a successful woman’s car, but shouldn’t the first stop be an Audi TT?

Gentile: No. Now, you are sounding like a cliche. I’m thinking bigger and better for Monika – like the new Aston Martin DBS Superleggera Volante – a.k.a. convertible. She’ll be the envy of her ex and attract a lot of attention on the road compared to a CR-V.

Richardson: That’s just ridiculous. For one thing, it’s close to a half-million bucks. I will never recommend a car to a normal person that costs that much. And for another, it just screams desperation to beat out whatever the ex bought. He’ll know after the separation how much she can afford. That said, I would absolutely recommend it to MacKenzie Bezoz.

Gentile: Well, it does beat her ex and his Corvette! Okay I’ll bring it down a notch – something elegant, sporty, more affordable and that’s a bit of a guy magnet. How about a Toyota Supra?

Richardson: Hmmm – the Supra is very much a driver’s car, and it’s pretty rare on the roads. Monika would stand out in it, but she probably won’t be able to get her hands on one for a while. Toyota’s only bringing in 300 this year and I think they’re all sold. Keep going…

Gentile: How about a Lexus LC? That’s a looker. It’s luxurious, powerful and fun to drive.

Richardson: It is, and it starts at more than $100,000. I think you’re going crazy with somebody else’s money, as if you just got handed a free credit card. Monika has been content with CR-Vs for all these years. She’ll be quite content with a step-up to the Lexus RC coupe for half the price.

Gentile: Now you’re being picky. What about a Porsche 911? Even though I know you’re thinking a Boxster would suit her better. But I disagree.

Richardson: Of course a Boxster would be better, though Porsche just calls it the 718 these days. Monika doesn’t need superexpensive power. She needs an improvement on the CR-V, with some kick-ass style and ability. The 718 will give her that for a lot less than the 911, which is a waste of money if she’s a regular driver.

Gentile: Nobody “needs” superexpensive power, but it’s nice to have. And she deserves it. She can always look at a used 911 or even sign up for Porsche Passport – it’s a monthly subscription model that’ll get her into a range of Porsches and it just launched in Toronto, the only Canadian city.

Richardson: But she lives in Waterloo. Porsche Canada has a 45-kilometre limit to the distance they’ll deliver the cars, and Waterloo is about 100 kilometres away from Pfaff Porsche in Vaughan, which is administering this trial program.

Gentile: That’s too bad. She could get this and really show up her ex driving a different Porsche every week. That’ll show him!

Richardson: Actually, the Porsche Passport would be ideal for Monika. She spends $3,200 a month and gets to drive either a Macan, Cayenne or 718. She can swap them around as much as she likes. Porsche started this in Atlanta, and apparently, the average person there swaps cars 2.5 times every month. Sweet deal.

Gentile: Even her insurance is covered. She still has to pay for gas, taxes and a one-time fee of $750, but she gets a chance to drive some amazing vehicles. And if she pays a bit more, $4,200 a month, she can get into the 911!

Richardson: This is great, if Monika’s prepared to spend $40,000 every year on having a car, with no equity. If her bank account doesn’t stretch so far, I’d still recommend the traditional ownership approach of the TT. She can even choose the convertible.

Gentile: Monika has already spent serious cash on leasing five CR-Vs with no equity to show for it, either. I say go for the Porsche Passport and drive home a 911 to start!

Richardson: So I called up Pfaff Porsche in Vaughan and asked Laurance Yap, the dealership group’s director of Marketing, if that limit to the distance was flexible. “Between Porsche Canada and Pfaff, we would find a way to make it work and it probably won’t cost much extra, if anything,” he said. Good news for Monika!

Gentile: Then it’s settled. Go for the Porsche Passport, Monika! 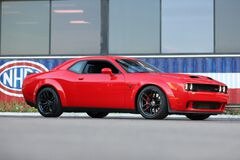 Car Review
Is there a dog-friendly luxury hardtop convertible on the market?
September 17, 2019 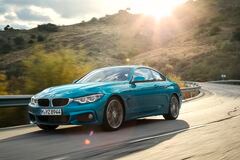 Car Review
I’m planning to start driving for Uber. What car should I buy?
August 21, 2019 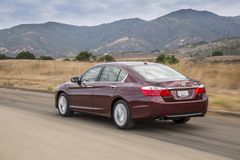