It’s all about range and charging times for electric vehicles these days, so the second generation of the Kia Soul EV is doubling its range and slashing its potential charge time.

The 2020 Soul EV, which arrives in Canadian dealerships this June, will offer similar battery technology to its Hyundai Kona EV sibling. There will be two versions available: a “standard-range” with a 39.2 kWh lithium-ion polymer battery pack, and a “long-range” with a 64 kWh battery pack. This means they should be good for 277 kilometres and 452 kilometres, respectively. Prices have not yet been announced, but for comparison, the longer-range Kona EV lists for $45,599.

Charging time from 20 per cent to 80 per cent can be as quick as 40 minutes from a 100 kW fast charger. At a Level 2 charger, which is typical of what would be installed at an owner’s home, a full charge from zero-to-100 per cent will take less than 10 hours. Good luck with the regular Canadian 110-volt supply, though – that could take 63 hours, or more than two days, to fully recharge a drained battery.

These are the best-case scenarios, of course. In cold Canadian weather, range can drop by a third or more, and charge times can increase dramatically. Kia is equipping the new Soul EV with an optional battery heater that works while it’s plugged into a power supply to prevent loss of power while parked.

"We added more heating function to improve the drive ranges in the cold.”

Han stresses that most owners won’t need a lengthy charge, since the car is unlikely to be driven such distances between overnight charges. If it is, then an electric car is probably not for you.

But if you do choose an electric car – and last year, Kia Canada sold 1,092 Soul EVs compared with almost 10,000 of the conventionally powered Souls, which was an increase of 70 per cent from the previous year – then the Soul EV is a peppy, practical compact crossover.

It joins the Hyundai Kona EV and the slightly larger (and more conservatively styled) Kia Niro plug-in hybrid at the head of the EV pack, with a bit more potential range than the Chevrolet Bolt and new Nissan Leaf Plus. The Soul EV with the smaller battery will probably not cost much more than the current Soul EV, which lists for $35,895, although you should expect to pay at least an extra $5,000 for the peace of mind of the larger battery.

It’s still boxy and proud of it, but the LED lights on the front and back, shallower than before, update the look. They stretch the width of the vehicle, making it seem a little wider, although there’s no actual change here from the previous generation. It is a little longer, though, by 55 mm. This is supposed to be a car for hip young urbanites, so there are nine different colours available, with seven two-tone variants.

There’s lots of space for passengers both front and back, thanks to that relatively high roof and stretched length. There’s a fair bit of grainy plastic on the doors and the fascia, but Kia’s designers were more concerned with sound and light. As with the previous Soul, mood lighting throughout the cabin changes colour and pulses with any music as you drive. It’s all very funky.

A large dial in the centre console is the gear selector, using a shift-by-wire system that’s exclusive to the EV. Turn clockwise for Drive, counterclockwise for Reverse and push it down for Park. Simple.

This is the same sort of time as with the equivalent Bolt or Leaf, but it’s not so much the quantity of power that’s important as how it’s delivered. Because you drive an EV much as you would a golf cart, your speed just builds and builds and squirts you though traffic. You can almost feel the front end lift, though that will never happen on a front-wheel-drive car. Overall handling is now more responsive, thanks to a multi-link suspension instead of the former rear beam axle.

There are four different driving modes, for either sportier or more economical (read, running low on range) driving, and paddle shifters on the steering wheel adjust between four levels of regenerative braking. Switch the brakes to maximum regeneration and the experience is little different than the Nissan Leaf’s “one-pedal" drive mode – the car slows hard enough when you take your foot off the throttle that you rarely need to touch the brakes.

The Soul EV is thoroughly updated with modern driver’s assistance, including active cruise control, lane-following assistance and blind-spot monitoring. In traffic, with another vehicle ahead, it will automatically increase the strength of the regenerative braking to be better prepared for that vehicle’s actions.

Both Apple CarPlay and Android Auto are standard, as is Navigation. I can’t tell you how the Navigation worked, though, because I was driving a North American-destined car that thought it was in Detroit, so I relied on directions from an iPhone instead. I guess these days that’s considered old-school.

There’s a little more space in the back from before, with a trunk volume that’s increased by just more than 10 per cent to 315 litres if the rear cargo floor is at its lowest level. The real addition comes when you drop the 60/40 rear seats. They don’t lie quite flat, but they do open up 1,339 litres of space. That’s 448 litres more than the previous generation.

Whether you like the Soul EV or not probably depends on your age and level of funkiness. There’s no denying, however, that it’s a very capable and fun-to-drive compact car, and it just upped the ante yet again in the quest for an everyday electric vehicle. 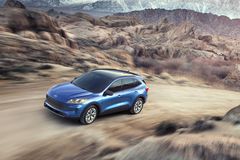 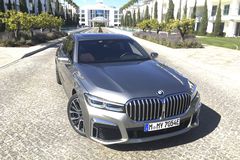 Car Review
Review: Riding the Tail of the Dragon in Volkswagen’s smooth and spunky GLI
April 2, 2019