In the end, I opted to skip the helicopter ride. Lincoln had told attending auto writers the jet-setter transfer from the airport to the event venue was “to give time back” to us – an allusion to Lincoln’s notion that time is luxury. It was also a nod to Lincoln’s “Quiet Flight” brand signature.

But I didn’t mind making the transfer by road. I try to avoid aircraft that lack a spare engine.

As with its original 2002-05 predecessor, the 2020 Aviator is a midsize three-row SUV on a platform shared with the concurrent (and also new for 2020) Ford Explorer. It slots between the two-row mid-size Nautilus and the full-size Navigator, effectively replacing the oddball MKT.

It challenges Cadillac’s same-size and equally new XT6, as well as established rivals such as the Audi Q7, BMW X5 and Infiniti QX60 to name a few.

Compared with Cadillac’s expedient approach to engineering the XT6, Lincoln really stretched with the Aviator. It’s built on a brand-new rear-wheel drive (RWD) architecture (although AWD will be standard in Canada) and even has a different front suspension design than its Explorer-platform sibling.

Surprisingly, chief program engineer John Davis lists design as one key reason for the RWD-based layout: “It was critical in terms of getting that dash-to-axle ratio relationship at the front.” Sometimes called the “premium gap,” it’s a stance that positions the front axle well forward of the dashboard, and is tough to achieve with a front-wheel-drive architecture.

Other RWD benefits cited by Davis include higher tow ratings (many southern-U.S. customers opt for RWD) and better handling balance (although Davis stresses that “we’re not trying to overindex on the German handling experience.”) Max tow rating is 6,700 pounds.

In prioritizing ride comfort, Lincoln went to town on the chassis. Aside from the unique-to-Aviator front suspension, there are options such as adaptive damping with pothole mitigation; height-adjustable air springs; and even “Road Preview,” which uses a camera to identify coming bumps and prepare the suspension to minimize the impact. Not forgetting multiple drive modes.

All the more surprising that Lincoln sent us on a hilly drive route that would have been perfect for a Mustang or a Miata. The big SUVs competently handled the winding pavement, and the suspension maintained fine composure over the often bumpy, grainy pavement. But if the Aviator is capable of delivering a truly plush, gliding ride, these weren’t the roads to reveal it.

A twin-turbo 3.0-litre V-6 pumps out 400 horsepower on its own in the base Aviator and pairs with a 75-kW electric motor for a combined 494 horsepower – and a thumping 630 lb-ft of torque – on the Grand Touring plug-in hybrid.

The PHEV’s claimed all-electric range of about 30 km on a full charge could make it a real gas sipper for most people’s daily drive, yet Davis is quite candid that (distressingly in this era of climate crisis) “we know fuel efficiency isn’t a big motivator” with potential buyers.

Hence, the Grand Touring is pitched as a performance option, not a lean, green, save-the-Earth machine. Some consumers, it seems, have to be tricked into doing right by the environment.

While Lincoln offers a variety of entry-luxury cars and crossovers below $50,000, the Aviator is expected to attract consumers who aspire to the opulent ostentation of the $85,000-and-up Navigator, but in a smaller package.

The Aviator may not fly right over rough roads, but it’s still cheaper (and safer) than a helicopter.

The Aviator is a looker, with a slightly raked roofline, wheel sizes up to 22 inches, and that generous premium gap that Davis says is critical to delivering on the proportions for the vehicle.

Rear passenger dimensions are near class-leading, although in the third row (which Lincoln likens to a just-in-case “security blanket” bonus feature for most potential buyers) adults would be more squatting than sitting, and even then would need second-row riders to sacrifice some knee-room.

The base engine is quick, with minimal turbo lag, and the Grand Touring quicker still, although the extra urge is felt mostly at launch because of the electric motor’s instant-on torque; at higher speeds, the GT’s extra 350 kilograms of mass somewhat diminishes the effect. In Pure EV mode the GT naturally delivers on the promised “whisper-quiet cabin,” but when the gas engine joins in it isn’t quite the implied iron-fist-in-a-velvet-glove experience.

All expected connectivity/telematic and driver-assist features are on the menu, up to and including semi-autonomous lane centring, adaptive cruise that recognizes changing speed limits, and fully automated (including throttle and brake control) park assist. Beyond that, Phone-As-A-Key allows owners to lock/unlock, open the liftgate and start and drive the vehicle without a traditional key. Also on the menu: a Revel 28-speaker audio system; and adaptive LED headlights that vary their beam patterns for corners and/or vehicle speed.

The cargo deck is high off the ground, but the seats all fold flat and flush. Cargo room behind the third row is class-leading – with a useful underfloor compartment, too – and seats-folded volumes are also among the highest.

Not quite as “sanctuary-like” inside as promised (at least on California back roads), but a compelling package over all – as well it should be at the price. 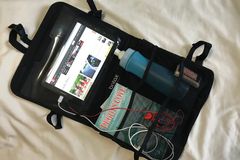 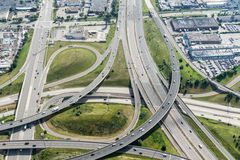 Car Review
If you’re not going fast, you’re not driving the Shelby Mustang GT350 as intended Subscriber content
May 31, 2019 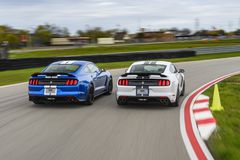