I live in northern Alberta and drive a Focus Hatchback. It was exceptionally good value and was the first car I bought my own money. I hit a deer the other day – joke’s on me for not driving a truck – and repairs are about to cost a lot. The plan had been to get two to three more years out of my peppy whip, but weather, wildlife and storage space are weakening my resolve. I want to finance something, with $40,000 being my high-water mark. Your wisdom, or opinions at least, would be gratefully accepted. – Allan

Gentile: Oh no! Sorry to hear about your accident – that’s horrible news. Clearly, you liked your hatchback. I’d definitely get another one. I love them, because they’re practical, fuel efficient and affordable. Although higher-riding SUVs are more common and popular these days, there are still a few solid hatchbacks on the market that won’t break the bank.

Richardson: Aw, c’mon. Allan wants a truck! He’s had years of being teased and tormented by his truck-owning buddies for his “peppy whip” and he’s just looking for us to justify it for him.

Gentile: Why would he want a truck? A hatchback fits all he needs, and it’ll cost him less and be more fuel efficient than any truck on the market.

Richardson: Because he lives in northern Alberta and all his friends drive trucks. He even admits the joke was on him for not driving a truck when he hit the deer. He sure doesn’t want another hatchback. He wants something with more storage space, and something solid for those 40-below days.

Gentile: And he can get a solid hatchback to meet all his needs. Just because he lives in northern Alberta doesn’t mean he has to drive a truck.

Richardson: Okay, okay – how about this? Allan, I know you really want a truck, so write us another note and be honest with yourself and admit you want a truck. In the meantime, for the sake of an easy life, I’ll go along with Petrina and pretend you want a similar hatch to your Focus. Sorry, Bud.

Richardson: Harumph. So, a hatchback or at least something with some practical space. Allan has a pretty high budget for a little car, so should we try to give him at least some dignity and suggest the Subaru WRX? Now there’s a peppy whip.

Gentile: Yes, the Subaru WRX is peppy and fun to drive, but it wouldn’t be my first pick. Can’t you think of something more practical that won’t blow his entire budget? After all, he did drive a Focus hatchback.

Richardson: Sheesh – you won’t let him have his truck, and now you want to force him into something practical? The basic WRX lists for $30,000 before freight and taxes, which is comfortably in his budget. Can’t you give the poor man some pleasure in life?

Gentile: He can still get pleasure from a practical and more affordable hatchback. Why not a Mazda3 Sport? You can get it with AWD and it’ll cost him less than a WRX.

Richardson: It is very good value at about $29,000 MSRP for the mid-level AWD version. That’s about the same as the basic WRX, but it’s more nicely equipped. Mazdas used to have a poor reputation for a winter car because the early ones would rust terribly, but that was fixed years ago.

Gentile: Yes, they have a much better reputation nowadays, and the Mazda3 Sport is responsive and fun to drive. I prefer the 2.5-litre four-cylinder engine over the base two-litre four-banger. I also like the styling: from the rear, it reminds me a little of a Porsche Panamera.

Richardson: The AWD is only available with the 2.5-litre engine, but Allan’s comfortably below his budget here. He could even go for the top-end GT version, with its better lights and sound system, and 18-inch wheels. Not paying sales tax in Alberta, he’ll still be nicely below $40,000.

Gentile: Yes, he’ll have money to spare. Another option for Allan to consider is the VW Golf – that’s another fun little hatchback that’s well within his price range.

Richardson: It is. He could even go for the really fun GTI, which has a 228 hp engine and an MSRP that starts around $31,000. He won’t get the features of the Mazda3 Sport or the WRX, though, without paying more, and he won’t get AWD.

Gentile: And AWD should be on the top of his wishlist, especially since he lives in northern Alberta. So let’s scrap the Golf. My top pick is the Mazda3 Sport, followed by the Subaru WRX.

Richardson: I’ll swap those two around to pick the sportier Subaru first, but I think he’ll be happy with either. Especially since you won’t let him get a truck. 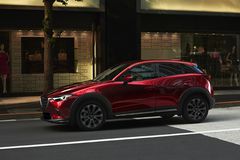 Car Review
Searching for a car with the best seats to accommodate health challenges
January 26, 2020 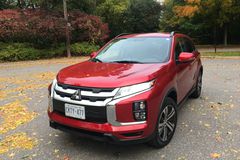 Car Review
Single, retired and looking for all the latest features in a new SUV
November 16, 2019 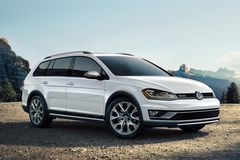