The Hyundai Palisade and Kia Telluride are almost identical twins from the same parents – both makers are owned by Korea’s Hyundai Motor Group, and while the two manufacturers operate separately, they share the considerable expense of research and development.

Both these top-of-the-range SUVs have room for up to eight people in three rows, and both are built on the same platforms with the same engines and transmissions. And yet, it’s the Telluride that’s won the major awards. Last year, it was named World Car of the Year, North American Utility Vehicle of the Year and Best Large Utility Vehicle in Canada. The Palisade was shut out. What gives?

I’m a judge for two of those juries and I gave the two vehicles almost identical votes, with the difference coming down to styling. To my mind, the Kia looks a little better from the outside with its flatter grille and higher-mounted headlights while the Hyundai is a little more refined in its cabin.

Realistically, the differences come down to the cost of their options, and what’s available as standard with which trim packages. The Hyundai has a much lower base price than the Kia, but the base Kia offers more standard features to justify this. For this comparison, I drove the top-end versions of each, the Telluride Nightsky and the Palisade Ultimate Calligraphy, where the makers basically threw in everything but the kitchen sink because buyers don’t want to have to choose. That made the comparison even more challenging.

The chassis may be the same but the bodywork of these two vehicles is quite different. Aside from the cavernous grille of the Palisade and the cool orange daytime running lights of the Telluride, there’s a more angled slope to the rear hatch of the Telluride that takes away from its boxiness. As well, the windows of the third row are more forward in the Kia, which makes it all seem a little more integrated. My money’s on the Telluride, but your money is your own.

Inside, the two cabins are also quite different. I prefer the Palisade, which has a smoothly integrated central touch screen and push buttons for the transmission. As well, the fully-loaded “Calligraphy” tester included a classy digital gauge cluster that’s not available on the Telluride, but it’s an option only with the most costly trim level.

The whole effect seems simpler and more airy with the Palisade, which also features diamond-shaped stitching in the leather on its doors. In contrast, the Kia feels a little chunkier. I like the extra cubby space it offers in the centre console, as well as the grips on each of the console’s sides, but everything’s a little more busy and the drive itself seemed noisier. Drivers of these vehicles, with seats for all those kids in the back, probably need all the relaxation they can get.

There’s no real difference between the two. They’re powered by the same 3.8-litre V6 that produces 291 hp and 262 lbs.-ft. of torque, which is fine. Not generous, but fine. It’s matched to an 8-speed automatic transmission that you won’t notice or even think about, so the push-button controls are well-suited – just press D and forget it.

All this said, the powertrains and drivetrains are individually tuned by the two companies’ engineers, so they’re not quite identical. If anything, the Kia feels a little more sporty, perhaps firmer on its springs than the Hyundai, but there’s not much in it. Press the Sport option on the electronic driving modes and both vehicles drop a gear and seem a bit more powerful; I drove the Telluride mostly in Sport, while I left the Palisade mostly in Comfort.

Perhaps this is why the Telluride has a slightly less efficient fuel consumption rating than the Palisade, ranked by the Canadian government at an average consumption of 11.3 L/100 km compared to 11.1. Highway consumption is almost the same, but it’s the more thirsty city consumption that makes the difference. For some reason, Kia doesn’t disclose a curb weight for the Telluride’s high-end SX Limited or Nightsky editions, to compare it to the Hyundai’s curb weight of 2,022 kg. Carry an extra passenger or hockey bag and this all becomes moot, anyway.

These two testers’ fully-loaded editions featured all the technology that’s available, and it’s all shared between the vehicles. Semi-autonomous driving that stays on for up to three minutes without touching the wheel or pedals? Check. Doors that won’t open when parked if there’s a cyclist coming up from behind on that side? Check. A colourful heads-up display that disappears as soon as you put on your polarized sunglasses? Check.

The key question, if you’re one of the 90 per cent of buyers who choose a lower trim level, is to compare exactly what you want and what you’ll get for your money. For example, let’s say you prefer captains’ chairs in the second row like in these testers – they’re more comfortable but cut the capacity down to seven people instead of eight (and also help separate quarrelling siblings). With the Kia, you’ll have to pay at least $54,695 for the Telluride SX Limited, but they’re just a $500 option on the $50,399 Palisade Luxury. That sort of thing. It’s your money, so be ruthless.

You can buy larger SUVs and minivans, but there’s a lot of space inside both these vehicles. The total cargo space is about the same when you start folding the seats flat (about 1,300 litres behind the second row, and almost 2,450 litres behind the first row), but the Telluride wins the prize for space behind the third row: 601 litres compared to 509 in the Palisade. This also suggests there’s even less room for the kids in the Telluride’s already cramped third row. 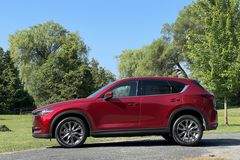 Car Review
The Ford Bronco is back after 25 years, and it’s ready to take on the Jeep Wrangler
August 17, 2021 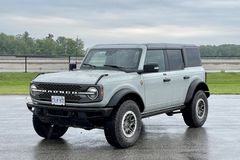 The new Nissan Z goes against its predecessors
August 17, 2021 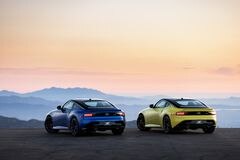