If long, low and wide are the ideal proportions for automotive beauty, no wonder the subcompact crossover category has given us some of the dorkiest-looking vehicles in automotive history. (Lookin’ at you, Ford EcoSport). It’s a challenge for anything that’s built tall, narrow and stubby to look sleek or sexy.

One possible exception to that rule was the 2018 Mitsubishi Eclipse Cross. With its semi-fastback silhouette on an overall body length that straddled the line between subcompact and compact, it looked quite sharp, even if the split rear window was contentious. And coming from the smallest mainstream automaker selling in Canada, it could even claim an element of exclusivity: in 2019, Mitsubishi Canada sold just 5,000 of them, in a small-crossover category that racked up almost 500,000 sales that year.

Now freshened for 2022 (after skipping the 2021 model year), the Eclipse Cross has ditched the rear-window weirdness, while increased bigger body overhangs front and rear further enhance the long-and-low aspiration, and more importantly, increase the cargo capacity. The suspension has been finessed to sharpen up the handling, the body structure revised for even better crash protection, and there’s an updated inventory of infotainment and assisted-drive features. The dashboard has been resculpted around an eight-inch display audio screen.

Mitsubishi itself describes the Eclipse Cross as occupying a space between the subcompact and compact segments, and despite the 140-millimetre stretch for 2022, that’s still true. At 4,545 millimetres, it fits between Mitsubishi’s own RVR (4,356 millimetres) and Outlander (4,709) crossovers. The closest competitors in size are the Kia Sportage, Mazda CX-5 and Subaru Crosstrek.

Unchanged for 2022 are the 1.5-litre, 152-horsepower turbocharged engine, continuously-variable transmission (CVT) and Mitsubishi’s signature S-AWC all-wheel-drive system that is smarter and more seamless than many found in this segment of the market.

Unlike many alternatives, the Mitsubishi doesn’t offer a front-wheel-drive base model. All-wheel drive is standard on all four trims in a lineup that starts at $28,598 for the ES model. The test sample was the range-topping GT that asks $36,998.

Most rivals are priced well below the Eclipse Cross, so who are Mitsubishi’s target customers – and why? Mitsubishi says past customers have tended to be older, wealthier, predominantly female empty-nesters who want capability and performance in something that’s high style and fun to drive.

The Eclipse scored well in its appeal to socially conscious shoppers, but underperformed with the “versatile utilitarians” who constitute the largest segment of the compact SUV segment.

So much for the psychographics. We can see buyers drawn in by the coupe-like styling, and then rationalizing that choice by citing Mitsubishi’s industry-leading warranty and sophisticated all-wheel-drive system. Other left-brain assets include at-the-wheel comfort and visibility (especially for shorter drivers) and an adult-friendly back seat. It’s not much of a cargo carrier, however, and the driving experience is nothing special.

All told, it’s one more decent choice in a segment full of them.

It’s still one of the more striking shapes in its category. We can’t imagine anyone missing the former split rear window, but we wonder if the front end (now with standard LED daytime running lights, plus LED fogs and headlamps on higher trims) needs to be so fussy.

Excellent visibility factors (for instance, slim A-posts, a low-profile dashboard and well-placed door mirrors) are complemented by a lofty seat position that should suit shorter drivers in particular. That said, the unusually prominent under-thigh padding that this driver welcomed may be too much of a good thing for some physiques. Secondary controls are user-friendly, especially now that the screen is closer to the driver and the touchpad controller has been scrapped in favour of more real knobs, including for on/off/volume and tuning. On paper, rear-seat legroom is below par, even by subcompact standards, but the relatively high bench position and ample foot room under the seats in front make it comfortably accommodating, nonetheless.

With a modest power output but ample turbocharged torque, the Eclipse Cross falls into that category of vehicles that feel quicker in routine driving than suggested by their test-track numbers (in this case, zero to 96 kilometres an hour in 9.0 seconds, according to Motor Trend). That makes it sprintier than most subcompact crossovers but slower than most compacts. The CVT is set up to mimic an eight-speed stepped transmission and does it well – rarely did we experience the random surges of revs that turn many people off CVTs – but the general air of refinement is marred by a rough patch of engine vibration at about 2,500 rpm. As for the chassis revisions, the Eclipse handles tidily enough within the limitations of economy-oriented tires, but it’s hardly inspiring, and the ride is not especially supple.

Even after the 2022 upgrades, the Eclipse isn’t quite state-of-the-art. You get a head-up display on the top two trims, but neither wireless phone charging nor a Wi-Fi hot spot are available. Assisted-drive tech starts with automatic forward emergency braking across the board, and adds blind-spot and rear cross-traffic warnings on the SE trim, while adaptive cruise with stop and go is standard on the SEL and GT models. Missing from the list is active lane-keeping assist.

The increased cargo volumes of 663 litres with the seats up and 1,419 litres with them folded are average among subcompact SUVs and below par among compacts. There’s no meaningful below-deck storage, and the seat backs don’t fold very flat. But it does have a useful tow rating, expressed as 680 kilograms (1,500 pounds) with five occupants on board or 907 kilograms (2,000 pounds) with the driver and one passenger. 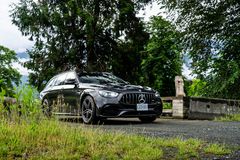 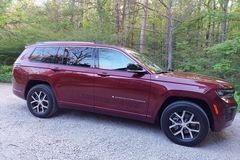