There are two cars under the redesigned skin of Lexus’s flagship sedan: the performance car and the comfort car. For the first few days of my week with the LS500, the sun shone and I enjoyed its power and handling; for the final grey and wet days, I appreciated its comfort.

Of course, it was exceptionally comfortable because the tester was optioned with the top-end package that adds heated, cooled and massaging leather seats all around, front and rear air suspension, and a huge heads-up display, among many other things. The $34,600 “Executive with Kiriko Cut Glass Trim” package adds more than a third again to the base cost, which is already into six figures. It’d better be nice.

The turbocharged engine itself is little changed from the latest-generation LS that debuted in 2018, and it still produces 416 horsepower and 442 lb-ft of torque. There have been some tweaks to reduce emissions, but the major changes have been to the recalibrated transmission, making it a little more responsive. It’s fast when you want it to be, but always refined – never guttural or raw. The electronic drive modes include Sport and Sport Plus, but I can’t imagine any owner ever taking an LS onto a racetrack.

I’m not quite sure why any owner would choose the Lexus over its competition, aside from price and reliability, which are big reasons on their own. The German brands have their snob appeal and the upstart Genesis is less costly. And ultimately, the LS feels just a little smaller and a little more … “old school.” It has no wireless charging for your smartphone but does have an analogue clock, and still includes a CD player in the dash.

This latest LS has revised suspension settings for a smoother and more comfortable ride, but last year’s model was very smooth and comfortable too. We only get an all-wheel-drive edition in Canada (Americans can order a cheaper RWD vehicle), and the limited slip centre differential can vary power to the front from 31 per cent on dry roads to 48 per cent when it gets slippery.

It’s inside the LS that you’ll notice the greatest differences. A big 12.3-inch central touch screen helps the sedan join the 2020s, and most importantly, it bypasses the annoying haptic fingerpad on the centre console that Lexus also provides to control the screen. It’s better than the fingerpad on the new Acura MDX that isn’t haptic, but that’s about it. You can just forget about it now, though, and reach over, then stretch a little more, and then tap onto the big touch screen for most of the car’s controls.

The seats have been revised and the leather is now more thickly padded. Apparently, the stitching patterns are revised to enhance comfort, which suggests they had some very fussy test passengers in the development vehicle. These were probably the same people who told Lexus to provide two different levels of heat for the steering wheel. They’re probably not very tall though, because the back seats are a little tight for space. There’s enough, but not much extra.

So ultimately, what is the appeal of the LS sedan? It looks good and it makes you feel good, and it’s probably a bit less expensive than its competitors. It also has Toyota’s reputation for reliability and that could be the deal-maker.

This is a gorgeous sedan. I found myself looking at it just for the pleasure of it, and before I returned it, I ran a chamois over its sheet metal just to appreciate the curves and creases. I never do that. I even had a woman call over to me in the parking lot of No Frills to ask what brand of car I was driving, and she explained herself by saying, “that’s one good-looking car!” That never happens.

Mind you, my tester had the optional 20-inch wheels and the $3,350 “Silver Illusion” paint, also known as “silver.” Beauty always has its price.

The cabin is a delight, with impeccably fitted leather and just the right number of actual buttons and switches for simple operation. The most basic LS includes a massaging driver’s seat but this Executive package offered massage in all four outlying seats; they’re good massage programs, too, that were appreciated by all who experienced them.

The rear seats recline and include footrests, but there really isn’t much extra room to stretch out. This is too small a vehicle for a chauffeur. That’s too bad, because those back seats also have video screens and all the comforts of the front, most of which will be wasted on children and teenagers.

My tester included “Kiriko Glass ornamentation” on the doors that apparently “are created using a technique that involves hand-cutting clear colours and delicate lines in a piece of glass, which are then repeatedly polished to a soft glow.” They were very nice but lost on me – I expected them to illuminate with ambient light, but they did not. In fact, there was no colour adjustment for the existing ambient light, and not even a puddle lamp for outside the door.

Lexus claims a zero-to-100 km/h time of 4.9 seconds from the turbocharged V6, and that’s probably realistic. The sedan is responsive in all its electronic driving modes, and the steering is suitably firm. Overall handling is improved for this model year by a redesign of key suspension components, including the anti-roll bars and liquid-filled bushings, but I didn’t drive the old and new cars back to back to notice any difference.

Fuel consumption is a bit of a sore point. Officially, the combined rating is 11.1 L/100 km, but I saw only 14.3, which is awful. I didn’t drive like a madman, and my own consumption doesn’t usually vary so greatly from the manufacturer’s official rating. This was Premium gas, too. If you’re concerned about fuel (and you should be, whether you’re rich or poor), then the LS hybrid has an official combined rating of 9.2 L/100 km.

All the driver’s safety assistance is available and works well, including Lane Change Assist, which changes lanes automatically when you activate the turn signal. Or you could just check your mirrors and turn the wheel yourself. The advantage is that the car won’t change lanes if it detects another vehicle in the way with its combination of the front camera, millimetre wave radar, front side radar sensor and blind spot monitor sensor. Of course, this is an option with the costly Executive package.

There’s 481 litres of space in the trunk, but the rear seats are far too luxurious to fold flat, so that’s all you get. It’s plenty of room for a couple of golf bags and some cases, but skis are going on the roof.

Most buyers of large and luxurious sedans will go straight to the prestige of the expensive German brands, and they’ll probably complain but shrug. The Lexus LS500 is intended as a quiet contender, quick and comfortable, but you’ll pay handsomely for all its upgrade features. 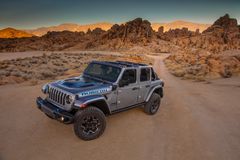 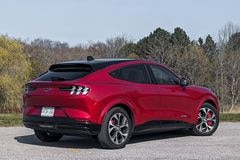 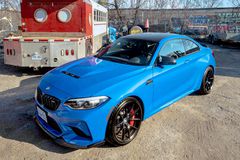