We’ve been waiting a long time to get behind the wheel of a third-generation Toyota Tundra – the second generation has been built here in Texas for the last 15 years, and Toyota’s had no trouble selling every truck it makes.

“The truck’s done really, really well, but at some point, we knew we were going to need a massive redesign. We knew there was a new platform coming, so we extended it beyond (the usual model lifetime) so we could do the full model change on the next-generation platform. It took longer than anyone, including people in Toyota, actually anticipated.”

The thing is, the Tundra wasn’t exciting or groundbreaking but it was reliable. It held its value better than any other pickup truck, according to JD Power and Canadian Black Book and other independent evaluators. Its sales aren’t huge – in Canada, Ford sells as many F-150s in a month as Toyota sells Tundras in a year – but the plan is to double those sales with the new generation.

That all-new model will come on sale in December with a 3.5-litre turbocharged V6 gas engine, and next spring with the same engine attached as a hybrid to an electric motor. There will be six different trim levels, three different bed lengths, and two different cabin sizes – not as much choice as the Detroit brands, but plenty of options none the less.

Prices are still not announced, though Toyota says all will be revealed before the end of this month. “It’s going to be competitively priced, but we’re looking really at the comparison basis of what is in the market,” says Lisa Materazzo, Toyota Motor North America’s Group Vice President for Marketing. In other words, its pricing will depend on the pricing of all the other makers’ trucks.

Official fuel consumption is also not yet revealed, though Toyota surely knows the numbers. In lead-footed test drives here, I saw 16.4 mpg from the gas model and 20.0 from the hybrid; that’s hardly a scientific test, but it translates to 14.3 L/100 km and 11.8 respectively. That’s regular gas, of course. Normal use should be much more frugal.

Each of the six different trims gets its own unique grille, either slats or a honeycomb, though the differences can be subtle. The most obvious is the off-road TRD Pro, which includes a lightbar under the word Toyota, while all others use the brand’s logo. There’s a lot more chrome on the 1794 trim, which is named after the year the Texas ranch was established that is now the home to the Tundra’s assembly plant. There are also eight different wheels assigned to specific trims, all but the most basic being aluminum.

Only a truck nerd will quickly recognize the Tundra from its side profile. From all angles, everything looks strong and large, which is most of the appeal. The overall shape is surprisingly aerodynamic too, though tow hooks at the front are an optional accessory. If they were fitted as standard, they’d affect the truck’s wind drag, apparently. So try not to get stuck and need a tow from the front.

The cabin is not so infinitely variable as with the Detroit trucks, but different trims offer different colours and upgrades. The most basic trim is the SR and it doesn’t include the 14-inch central display screen that Toyota is pushing with this truck, but it’s an option on the other lower grades and standard on the upper grades. Digital instrumentation is also an upper-grade feature.

The seats are comfortable and spacious, and the armrests are at the right height for the driver’s elbows. Everything falls well to hand, and the controls are fairly intuitive. The Tundra keeps its signature vertical-lowering rear window, which can be practical for carrying long objects. Once you climb up into the cabin, there’s no doubt you’re in a full-size truck.

I drove a variety of trim levels, and both the regular and hybrid engines, and none of them felt underpowered or laboured. Towing capacity varies a little but is close to 12,000 lbs (5,440 kg) for all the new Tundras, which is an increase of more than 17 per cent over the outgoing model. You could really hear the turbos spooling when towing a large trailer, but there was no hesitation or strain.

It’s downright annoying that Toyota has not yet revealed the official fuel consumption of the two powertrains, because that’s surely the main reason for dropping in size from the previous 5.7-litre V8. They’re much stronger than the old engine’s 381 hp and 400 lbs.-ft. of torque: the new V6 produces 389 hp but 479 lbs.-ft., while the hybrid produces 437 hp and a hefty 583 lbs.-ft. The automatic transmission is now a 10-speed, up four more gears from before.

Here in Texas, speeds are high on the interstate and the Tundra had no trouble jostling with all the other trucks on the highway. It was a smooth ride now that the suspension at the rear uses coil springs instead of the old leaf springs with a solid axle. They’re matched to a double wishbone at the front, and adaptive variable suspension is an option, as is load-levelling rear height control.

I drove an off-road course in a 1794 TRD that proved the electronic locking rear differential works well when picking its way up loose rocks. I didn’t complete the course though, because I ripped apart one of the Falken tires, shredding it on a sharp tree stump. Oops. They’re an option here, but come standard with the TRD Pro grade, as do Fox shocks.

The new Tundra comes with various electronic drive modes for Sport and Eco and Comfort and more – how many you get depends on whether you have the adaptive variable suspension. All the grades include Toyota’s Safety Sense 2.5, which provides dynamic radar cruise control, precollision warning and assistance, and lane departure alert with steering assistance.

Wireless Apple CarPlay and Android Auto is now standard, and the multimedia platform is taken from the new Lexus NX for its first use in a Toyota. Basically, it offers much of the seamless Navigation and voice control that you’re used to with your smartphone, but on a large screen and will keep going even when you’re out of cell range.

There’s a useful towing feature, too, that keeps your trailer in a straight line when you’re backing up. There was a demonstration model available that didn’t work properly for me because it was incorrectly calibrated, but it worked well enough on other trucks that were available with trailers.

The Tundra’s payload in the back is increased to 1,940 lbs (880 kg), a boost of more than 10 per cent from before. Everything is steel back there, though the composite bed itself is dent- and corrosion-resistant and reinforced with aluminum to bring down its weight.

The Detroit-brand trucks offer more choice and more features and may turn out to be less expensive to buy, but how much choice do you really need? If Toyota’s new engines are as reliable as before – and everything suggests they will be – then the Tundra will surely maintain its dependability and still hold its value better than every other truck. For many owners, that’s the most important thing.

Car Review
The 2022 Lexus NX has a premium feel, fun-to-drive factor at a competitive price
October 7, 2021 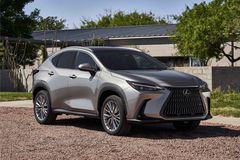 Car Review
Mazda’s MX-30 is puzzling, but satisfying and far from boring
October 5, 2021 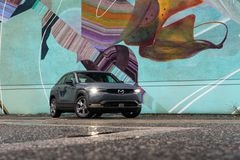 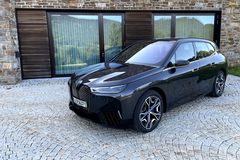