Volvo has ambitious plans to go green. By 2030, the Swedish automaker aims to sell only electric vehicles. That means no hybrids, either – nothing with an internal combustion engine. But for now, it’s still possible to get your hands on hybrids like the XC90 Recharge plug-in hybrid, formerly known as the T8 plug-in hybrid. An all-electric XC90 Recharge is expected in 2022.

On electric power alone, the XC90 can travel about 29 km on a single charge before the gas engine takes over. Granted, that’s not much. You can burn through that range pretty quickly. Driving about twenty minutes at highway speeds with the heat and radio on did the trick for me. Using a regular dryer outlet, it took about four hours to fully charge the battery. Frankly, it seemed pointless to charge at times. Not to sound lazy, but I couldn’t be bothered to go into the trunk to get the cord and then plug it into the garage for such a short distance. I suppose the savings add up after numerous trips. The official fuel economy rating, according to Natural Resources Canada, is 8.8 L/100 km combined highway and city driving, which would be impressive. But, unfortunately, in real-life driving scenarios, I didn’t come close to that posted number. I averaged 11.5L/100 km combined driving. After driving this plug-in hybrid, Volvo’s plan to move to fully electric vehicles makes sense; it’s a smarter move since I didn’t really reap the rewards of the fuel-economy savings.

Inside, Volvo’s flagship SUV is spacious and comfortable with excellent head and legroom in all three rows of seats. A large panoramic sunroof makes it feel open, airy and roomy inside, even if you’re riding in the third row. Cool features include denim blue leather seats, a crystal lever to change gears and a unique turn-style dial to fire up the engine.

My main problem with the interior is the centre touch screen. It displays the navigation, audio system, phone-connectivity features and fuel economy in four separate areas, with the climate controls located at the bottom of the screen. Like a tablet, you can swipe left or right on the screen to access other functions, including safety features such as the blind-spot information system (BLIS), cross-traffic alert and lane-keeping aid.

But the screen isn’t exactly intuitive. In fact, it’s distracting and often requires the driver to take their eyes off the road. To disengage a safety system, for example, requires multiple steps. Simple tasks such as changing the radio or temperature, also takes several steps. To adjust the temperature, first hit the number at the bottom of the screen and then adjust it. Then, touch the fan button to set the desired fan speed. Thankfully, there’s a volume dial to raise or lower the volume or mute it altogether. The voice-control system isn’t the best either; it doesn’t understand natural language and often couldn’t decipher directions when inputting a street address using voice commands.

But the next generation XC90 is expected to have Google’s Android Automotive Operating system. It just debuted in Volvo’s first all-electric vehicle, the XC40 Recharge, and it’s fantastic – it works like a charm and understands natural language extremely well. It’s easy to access the navigation, climate control, radio and apps like Spotify quickly and safely. It’s a big leap forward from the current system.

I applaud Volvo’s shift to all-electric, and I’m banking the XC90 Recharge will be a hit when it comes to the market.

Volvo’s largest SUV has an elegant and sophisticated exterior look. The charging port is nicely integrated into the overall design, positioned near the front driver’s door. Twenty-inch, five-multi-spoke matte graphite alloy wheels add more visual appeal to the design but cost an extra $1,000.

A tall roofline results in excellent cabin space, especially for passengers riding in the second- and third-row seats. The cabin is elegant and roomy with seating for up to seven passengers. Folding and unfolding the second and third row seats requires a bit of elbow grease – they’re heavy and awkward to raise and lower.

The hybrid powertrain is powerful and quick. It’s mated to an eight-speed automatic transmission, which shifts gears precisely. Overall, the ride and handling are true to Volvo’s roots – it’s composed, comfortable and solid. The all-wheel drive system is an added bonus in increment weather.

Numerous driver safety assistance features including adaptive cruise control, lane-keep assist and a rear cross-traffic alert system that warns you if a vehicle is about to cross your path when you’re in reverse. Connectivity features include two USB ports, Apple CarPlay and Android Auto capability, and wireless charging.

Access the cargo area easily by using the hands-free tailgate. Simply kick under the rear bumper and the liftgate opens, revealing 311 litres of cargo space behind the third-row seats. For extra space, drop the third-row for a long, flat cargo area.

A luxurious, comfortable and spacious family hauler with a greener footprint than its siblings. But if you’re not in a rush to buy, I’d wait for the all-electric XC90 Recharge to join the family. 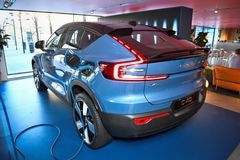 Car Review
The XC40 Recharge SUV is a competent and comfortable first EV from Volvo
February 16, 2021 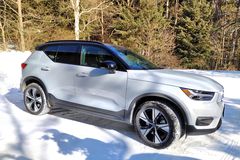 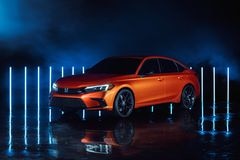