My partner and I have a 2017 Toyota Corolla iM, and we are looking to upgrade to a larger vehicle in the mid-size category. We do enjoy the occasional road trip to the U.S. and to Montreal, so comfort and cargo space are top criteria. If at all possible, we want to avoid SUVs altogether. We tried road-tripping in our Porsche Boxster, and it was a terrible idea.

Budget-wise, we would like to keep it within $60,000, plus or minus $5,000 or so, and are open to new and pre-owned. We did consider the Toyota Avalon and an Audi A4. Other marques considered are Lexus and Volvo, although with all the options, the Volvo climbs up into the $90,000 price backet. We’re also interested in the Alfa Romeo Giulia, but unsure of reliability and the future of the brand in North America.

Gentile: Wow, a road trip in a Porsche 718 Boxster – I applaud them for trying, but that’s definitely not a good vehicle for any sort of road trip, even if it’s a short weekend getaway. There’s barely enough room in the frunk for my purse. (Spare the wisecrack, Mark.)

Richardson: You should try a road trip on a motorcycle sometime. It’s all about judicious packing. But I can see why Mike wants to trade up to a larger vehicle. It’s far more comfortable on a long highway journey.

Gentile: Sure, but it’s not as fun. Nothing beats a sporty little coupe or convertible on a nice long drive in the summer. Yes, crossovers and SUVs are more practical, but often they’re not as exciting to drive as a smaller coupe or even sedan, for that matter.

Richardson: Let’s assume there are no kids involved, so Mike and his partner don’t need comfortable rear seats, but they do want a decent trunk – much bigger than the trunk of a convertible Boxster. They also want the fun-to-drive factor and value for money. I’d go straight to the Genesis G70.

Gentile: Agree with you on the G70. It’s comfortable, sporty, and a blast to drive, especially the rear-wheel-drive model, which comes with a six-speed manual transmission. I think Mike would love that!

Richardson: The trunk isn’t as big as the larger sedans that Mike’s mentioning at just under 300 litres, but the rear seats fold down if needed. Those rear seats are usually the place for snacks and coats on a road trip, which the Boxster doesn’t have, and there are more storage cubbies than usual in the front.

Gentile: The rear seats are cramped for passengers; they’re definitely better off storing purses or groceries in the back. I also love all the technology features and the design details. That gear shifter, for example, is compact and fits perfectly in my hand.

Richardson: You’ve got a thing for manual shifting, don’t you? Most drivers don’t want it, you know.

Gentile: I bet Mike would appreciate it on a road trip. Nothing beats a stick shift on a winding country road on a beautiful summer day.

Richardson: I can think of dozens of things that beat it, including paddle shifters that are quicker and more efficient. But this isn’t helping Mike. If he’s not taken with the Genesis – and he needs to live within 50 km of a dealership to get his money’s worth from the total care package – then what else do you suggest? He’s trading up from a Corolla iM, remember.

Gentile: But he mentioned luxury brands like Lexus, Audi and Volvo, so it seems like he wants to move upscale. He also mentioned the Alfa Romeo Giulia, which I think is worth a test drive. I like the exterior styling, interior design and the high-performance Quadrifoglio model – it’s fast, sporty, and fun to drive. Like the G70, it’s also tight on rear-seat space.

Richardson: He’ll have the only one on the block, that’s for sure. I think potential buyers are scared away by the brand’s dismal reliability ratings from JD Power.

Gentile: For sure, Alfa Romeo is near the bottom of the list when it comes to reliability, according to JD Power. One of the top performing brands for reliability and dependability is Lexus. And I have to say, the IS is one of my favourite sport sedans on the market. Wouldn’t you agree?

Richardson: The new Lexus IS300 sedan is right on the money, at around $52,000 out the door for either the rear-wheel drive or the all-wheel drive. No stupid stick shift, though.

Richardson: The IS drives well enough that you don’t really need the extra power. You know me; I’m all for saving money if I can. Which makes me think of the new Kia K5. You think Mike would be seen dead in a Kia?

Gentile: Are you kidding? No way. Skip the Kia – he wants to move up in the world with a luxury nameplate! His budget is $60,000, and that ain’t Kia territory.

Richardson: Just putting it out there. A totally loaded K5, which is the all-new Optima and a pleasure to drive, is $43,000 out the door. That’s $12,000 less than his minimum, but I’ve never understood having a minimum price. When the more powerful GT is released this summer, he should take a look at it, at least.

Gentile: Forget it. He doesn’t want a Kia. Jay also asked about Volvo, and the S60 is solid, safe, and starts around $45k. Of course, you always have to be wary of adding options that can add up fast. Personally I prefer the ride and handling of the IS300 AWD over the Volvo. It feels sportier behind the wheel.

Richardson: It might start at “around $45,000,” but that’s not what poor Mike pays. There’s another $2,015 for the Freight and PDI rip-off, plus an extra $6,000 for federal and provincial taxes. Mike’s at $54,000 out-the-door for the most basic version before he even adds an option, like adaptive cruise or a heated steering wheel.

Gentile: So, what’s your final thought and pick for Mike?

Richardson: I say that if he wants to pay his budget, go for the Genesis or the Lexus. If he wants a nice car and an extra $10,000 for home renos or a great vacation, go for the Kia. If he’s feeling flush, try the Volvo. He’ll keep going back to the G70 or the IS.

What car should you buy? Write to Mark and Petrina at globedrive@globeandmail.com and use ‘What car’ as as part of your subject line. Emails with different subject lines may not be answered. 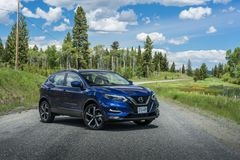 Car Review
I really like my Ford Flex, but it’s now discontinued. What would be a good replacement?
Subscriber content
February 5, 2021 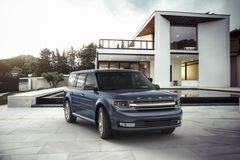 Car Review
I’m looking to buy my first pickup, preferably a diesel. What should I buy?
January 8, 2021 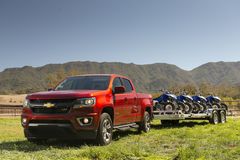