Buick’s mid-sized SUV, the Envision, benefits this year from the engine and drivetrain of the new Buick Regal, as well as a “refreshing” of its exterior style.

There’s also, literally, a refreshing of the interior with the inclusion of a ionizer behind the dash, sending negative ions into the air through the ventilation system.

“After a rain shower, people say, ‘oh, it feels so nice, the air is fresh’ – that’s what they’re articulating, that negative ions make you feel better. There’s science to that. So we’ve generated negative ions to improve the air in the vehicle and make you feel a little better. It’s new technology for the category, and it will be coming across the Buick brand.”

As well as the air, Buick also measured the performance of some of those things people don’t usually measure and worked to improve them. The image on the backup camera is crisper and the ambient lighting is a more effective tone of white. The heated seats now heat up faster and the phone charger charges your phone more quickly. “It’s not radically better, but it’s better than it was,” says Alger. “It’s not twice as fast, but it’s noticeable.”

The Envision will be recognizable on the road as a 2019 model by having a lower and wider grille, new wheels and a new tailgate with shallower LED tail lamps.

The standard Envision will still be equipped with its current 2.5-litre, four-cylinder engine and six-speed transmission, and starts at $39,995. It will now also be available with the 2.0-litre turbocharged engine from the new Regal Sportback. The turbocharged Envisions will also use the Regal’s 9-speed automatic transmission, and the top-end version will max out at $50,995, including freight and destination charges.

Car Review
Review: Remodelled Buick Regal GS is everything you’d expect it to be, but a bit pricey
April 29, 2018 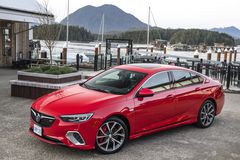 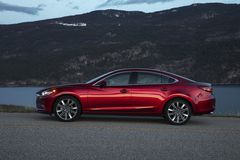 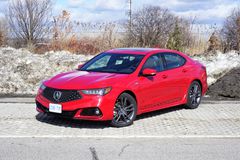