During the golden age of Japanese cinema, legendary director Akira Kurosawa found, in leading man Toshiro Mifune, an archetypal warrior of the past. So charismatic was the leonine Mifune, and so well-crafted were films like Yojimbo and Seven Samurai, that they would go on to inspire iconic Westerns such as A Fistful of Dollars and The Magnificent Seven, and gunslinging anti-heroes portrayed by the likes of Clint Eastwood.

Different hemispheres, different eras, different armament – but still the same fighting spirit. What we've got here, then, is the automotive equivalent of a showdown between a katana-wielding samurai and a cigar-chomping, wandering gun-for-hire. It's not a straightforward comparison, but the two are more alike than you might think.

It’s worth mentioning, at the beginning of this seemingly lopsided battle, that Nissan’s Z has deep roots in the west. The original Datsun 240Z was the brainchild of Yutaka Katayama, the jovial “Mr. K.” who, exiled to California for his motorsports enthusiasm, also midwifed the plucky 510 and turned Datsun into a force to be reckoned with at the track. The 370Z pays faithful homage to its ancestors, with classic proportions and a very short wheelbase.

It’s a proper sports car, and this Nismo version wears the complete set of track-focused armour. Forged 19” alloy wheels cover upgraded brakes, a larger exhaust bellows angrily when provoked and a more aggressive aerodynamics kit sends a warning to any challengers who might step forward. First shown in 2008 in Los Angeles, the 370Z is an old design, but one that’s aging gracefully.

Likewise, the Mustang is another car that makes no attempt to disguise its roots. However, as such a strong seller for Ford, the Mustang benefits from a more recent refresh. It's perhaps larger than you'd want in a sportscar, but certainly manages to capture the essence of the original while embracing a modern look.

The long-nosed profile is classic. The blacked-out 19” wheels are all business. The deeply sculpted LED taillights are both faithful to a 1960s feel, but absolutely modern in execution. And then there's the bulging, twin-vented hood and the quad-exhausts out back, a not-so-subtle hint that the driver of a 370Z might be spending a lot of time watching those taillights disappear into the distance.

If the Z's exterior is handsome but greying around the temples, the inside is where its knees really start to creak. To earn its Nismo designation, the seats have been upgraded to very firmly bolstered Recaros, and there's a smattering of Alcantara throughout the cabin. However, there are still plenty of 2000s-era Nissan orange graphics and rubbery plastics here. The 370Z is a decade-old machine, and it looks it. Further, the cabin is somewhat tight, with poor sightlines to the rear. A driver will be expected to make compromises in comfort.

While not as roomy as the rocket-propelled living room that is the Dodge Challenger, the Mustang’s interior manages to provide enough space to stretch out in for four passenger. If kids are a consideration, its usefully sized rear seats are a clear advantage over the Z’s two-only configuration.

Less of an advantage is the broad market the Mustang attempts to appeal to, meaning that the inside of this $60,000 car has a lot of the same feel as the next cheapo rental car you'll pick up at the airport. On the plus side, optional Recaros and an upgraded LCD instrument panel give the Mustang a purposeful layout and a more modern feel than its Japanese opponent.

The 370Z does not have a “Sport” button – it expects the driver to take control. Turning off traction control entirely is a one-step process, and even with it on, you’re out in the wet in a rear-wheel-drive car with 350 hp and the wheelbase of a go kart. The Z is not here to coddle novices, nor to flatter ham-handed drivers. It demands respect and skill.

And, with the exception of a rubbery manual shift linkage, it rewards such skill in a way few cars can replicate. The steering is a little overboosted, but has excellent feedback. The muscular V-6 has a lot more power than torque, and loves to be revved hard to its 7000 rpm peak power level. It doesn’t scream up to redline like a Honda S2000 would, but still pulls hard, blending brawn and athleticism. The ride is very firm.

The handling, likewise, is old-school charm with a bit of an edge. The short wheelbase will have you cautious behind the wheel at first, but the Nismo’s surfeit of mechanical grip and excellent braking inspires confidence. The lack of electronic assists is refreshing, and if the 370Z isn’t quite as nimble as something like a Mazda MX-5, it’s far quicker on its feet than you’d expect for a decade-old platform. The car feels pure, direct and honest.

The Mustang, on the other hand, has brought a six-shooter to a swordfight. Make that an eight-shooter: the 5.0 L V-8 that fills the GT’s engine bay is a marvel of mass-produced muscle, combining effortless low-end torque with a scarcely credible 7300 rpm redline. In third gear especially, this car has the flexibility and range of a decathlete. It grunts out of the corners, lifts its nose a little, and thunders towards the horizon.

The “corners” part is where things get interesting. When the 370Z first came on the scene, the Mustang would have left it behind at the dragstrip, but then struggled to keep up when the road got twisty. Here, despite the difference in bulk, the GT shrinks around the driver. It's genuinely fast, fast enough to make you wonder if anyone truly needs this much power and handling in a street setting.

Happily, to go with the performance, the Mustang also offers a huge amount of theatrical antics. The multimode sport exhaust can be set to hilariously loud. The tail squirms under power – but all is still perfectly safe as stability control is there to keep things reined in. Pace is there aplenty, but the Mustang also lifts and dives and rolls just enough to make you feel heroic at sane speeds. If the Z is far more serious; the Mustang is just more fun.

As a single-spec variant, the Nismo doesn't offer any options beyond paint colour. However, it's well-equipped with navigation and Bose premium audio as standard. The age of the car shows when you lift the armrest to find RCA jacks that connect to the infotainment system, but Nissan has at least updated a few practical considerations, including a in-mirror backup camera.

Building out your Mustang to full Grand Touring specification simply depends on how much you’d like to spend. Ford’s Sync infotainment system is now intuitive to use, and there are a host of driver assists available. The automated cruise control makes long highway trips much less wearing, loping along in sixth gear toward your favourite country backroads. The nine-speaker audio is very powerful, heated/cooled seats and a heated steering wheel is available, as are automatic headlights and emergency braking assist. With options, things can get expensive, but the Mustang offers a tech buffet.

Being a hatchback, the 370Z’s smallish 195-litre cargo space is at least easily accessible. There’s enough space for a weekend away, but getting a spare set of wheels and tires to the track would be challenging.

Along with the ability to carry two rear-seat passengers, the Mustang also has a perfectly livable 383 L of trunk space for the daily grocery run. Keep your right foot disciplined so as not to arrive home with the eggs scrambled.

Raw and old-school, the 370Z offers a level of mechanical performance that's hard to find these days. Its platform is aging, yet at heart it's still a vital machine. Any owner willing to put up with its hard edges will likely grow to love its unforgiving nature. As a last-of-breed, it's something very special.

The Mustang, on the other hand, shows just how far the pony car segment has come. It’s a genuine performer in any metric: acceleration, handling and braking. It’s roomy enough to live with as an everyday proposition, and has a huge amount of available technology. And, for all the practicality and modern performance, it’s still got enough old school charm to please both dedicated fans, and win over new ones. Perhaps it’s a remake, inspired by an original, but it’s been done faithfully, and the result is a winner. 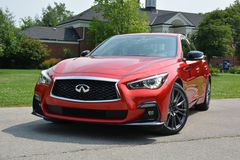 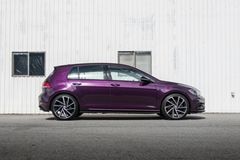 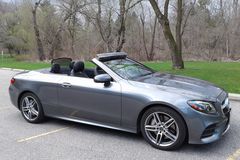