The middle of a snowstorm probably wasn’t the ideal time to test the Mazda CX-5 Signature’s new turbo.

But, then again, it’s how most of us actually have to drive.

If you’re considering a CX-5, live in Canada and don’t get to flee to Arizona for the next few months, you’ll probably face a slippery unplowed road.

So to launch the first CX-5 with Mazda’s luxury-aspiring Signature trim and its 2.5 litre-turbo, the company wanted a winter drive – and it got one, with close to 40 cm of snow dumped on Whistler over three days.

The turbo engine is new to the CX-5, but it’s not new to Mazda – you can get it in the seven-seater CX-9 and the Mazda6 sedan.

Even then, the whole point of a Mazda isn’t the numbers, said Dave Coleman, Mazda’s manager of vehicle dynamics engineering. It’s that feel of horse-and-rider-as-one.

“We go with how the car drives instead of [specs] that win bar fights when you’re arguing which car is best,” Coleman said.

So how does it drive? I’d taken the same route a couple of weeks before, without snow, in the prior model, the 2018 CX-5. It never felt underpowered, exactly, but it could have used a little, well, zoom-zoom. Whereas even with slick roads – and drivers without winter tires crawling at 40 km/h – the turbo felt like it had more oomph.

I couldn’t push it on the highway, but it was still a blast to take the all-wheel drive CX-5 through an off-road obstacle course. Clad in winter tires, it plowed effortlessly though the deep snow.

In fact, I got a little overconfident. On the way back, I was driving too fast for the weather and started to slide. Mazda’s stability control doesn’t kick in instantly – and Mazda says it’s not supposed to.

“If you’re over controlling with the stability control, the driver never understands how slippery it is,” Coleman said. “So we’ll let the car slide around a bit and, if they’re in control, we’ll let them sort it out.”

Mazda says it took a while because it had to get both systems to function without using the touchscreen, which won’t work while you’re driving. Instead, you have to use the infotainment system’s controller for everything, so you won’t take your eyes off the road.

The controller works well with CarPlay, but using it to change radio stations is still too complicated. It’s frustrating and distracting, and the volume knob on the centre console is still tricky to find while driving.

The CX-5 was new for 2017, so there are no major style changes inside or out. But there are tweaks to improve suspension and handling.

The CX-5 usually runs neck-and-neck with the Mazda3 as the company’s bestseller. While CX-5 sales were up more than 5 per cent last year, Mazda’s hoping the new engine will draw in new buyers.

The automaker is also trying to woo buyers who might also be considering a luxury SUV, so it’s making higher trims more upscale. There are four trims: GX, GS, GT and, new for 2019, Signature. The turbo is optional on the GT but standard on the Signature.

That said, the Signature trim adds class to what was already one of the classier interiors in the segment. It feels more expensive than it is. (For comparison, a base Acura RDX starts at $43,990.)

The CX-5 does have roomier rivals, however, such as the Honda CR-V and new-for-2019 Toyota RAV4.

Still, the CX-5 already offered style, solid driving dynamics and decent value, and the turbo should appeal to buyers looking for a little more fun. Even in the winter. 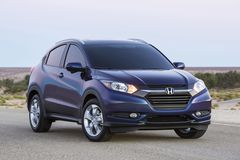 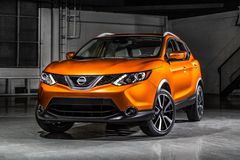 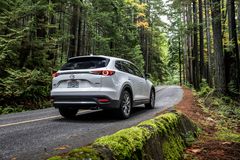