After eight years playing in the mass-market sandbox, the Volkswagen Jetta gets outfitted with a near-premium persona for its 2019 redesign.

The corresponding increase in price – MSRPs now start at $20,995 – isn’t nearly as steep as it may seem. Yes, the MSRP for the outgoing 2017 model was only $16,395, but that was for the base Trendline trim, a get-’em-in-the-door price leader without air conditioning. VW Canada didn’t offer a 2018 model.

That’s in the ballpark of similarly equipped mainstream competition (though heated rear seats and a heated steering wheel won’t be available until later in the year). While Volkswagen Canada chief Daniel Weissland acknowledges VW’s pricing is about five per cent higher than mainstream rivals, in return buyers get a German-engineered car that can cruise all day long at 250 km/h on the autobahn. Also, drivers receive a four-year, 80,000-kilometre warranty.

For now, all are powered by a 1.4-litre turbocharged engine rated at 147 horsepower and 184 lb.-ft. of torque. A GLI performance version is in the pipeline.

Engaged drivers will be pleased to know that a 6-speed manual transmission will be standard across the board, with an 8-speed automatic a $1,400 option.

The Jetta will be in Canadian showrooms by the end of the month – about five or six weeks ahead of U.S. dealerships. 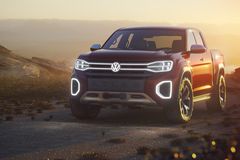 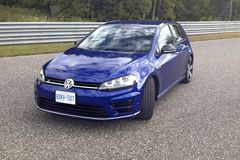 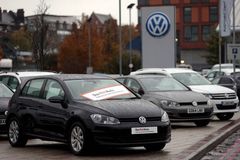