The term “sports activity vehicle” (SAV) is not a new one for BMW. It’s been used since the late 1990s, around the time the mid-size X5 crossover was born.

Since then, over two million X5s have been sold globally, but none of them would be more suited to the SAV label than its new fourth-generation incarnation, arriving at dealerships in November, 2018. There’s not a considerable amount of deviation from its predecessor’s silhouette, but the addition of modern and progressive touches in its available laser-light headlamps and 3D taillights show off both form and function only to be accentuated by bold body lines.

It all falls in line with BMW’s traditionalist manner of sticking to its core DNA and allowing the vehicle to do the talking through active performance.

“The driving experience is what distinguishes the X5 from its rivals, and that goes hand-in-hand with our new driving technology systems, connectivity and acoustics,” explains Johann Kistler, head of the X5 project.

The lifeblood of this mid-size SUV rests with its two revised turbo engines – the only offerings in Canada at this point with a plug-in hybrid on the way – both featuring an eight-speed transmission and xDrive intelligent all-wheel drive. The volume-selling 40i receives a bump in horsepower to 335, generated by a 3.0-litre twin-scroll turbocharger, while the 50i quenches the thirst of power-hungry drivers by using a 4.4-litre V-8 engine boasting 456 hp and a whopping 479 lb-ft of torque.

The xDrive40i was the only available option for this drive in Atlanta, and that was no loss, as its base can pull off a zero-to-100 km/h sprint in 5.5 seconds – more than enough for any SUV. With four driving modes – comfort, eco pro, sport and sport-plus, along with a customizable suspension package – the X5 can be whatever you want it to be. Sport-plus was my mode preference, and it brought together the speed, cornering abilities and comfort that Kistler raved about.

Its success in balancing performance and comfort can be attributed to the technologies connected to its engines. A two-axle air suspension is the general in charge of road comfort, adjusting ride height when needed up to 80 mm both ways for ideal driving dynamics on various terrain, including water and rock. In addition, the X5 features integral active steering and an integrated brake system, both vital for stability and comfort. The former creates better on-road firmness up to 60 km/h via its rear-axle steering in the opposite direction; the latter can apply hydraulic brake pressure for a higher level of NVH comfort.

To emphasize its adventure-seeking nature, BMW is offering an upgraded off-road package for the first time. In the luxury arena, that’s something typically associated with Land Rover, but BMW hopes the added capability will help distinguish the X5 from its German rivals.

“Whether you're travelling to the Swiss Alps, fishing or hunting in the Australian woods, or simply heading to the cottage and needing to go through tricky terrain for the last two kilometres – the X5 will get you there,” adds Kistler. “This technology also brings a high standard of safety and security, especially in snowy climates.”

And with that, we were sent out for a one-hour off-road trail ride. This wasn’t the easiest of trails, made more difficult by some slippery patches. The off-road driving mode labelled “rock” increased ground clearance by 40 mm, the transmission was set to M2 and the dynamic stability control deactivated. The combination of its two-rear-axle air suspension and electronically controlled rear-differential lock-and-hill descent system helped keep the X5 moving in all directions, while its rugged underbody protection dealt with everything that got in its way. It was all so effortlessly done, eased by a high-definition front camera system, shown on the more central of two 12.3-inch digital displays.

As the most connected and technologically sound Bimmer, the X5 takes performance to new levels. Throw in improved comfort and its surprising off-road chops, and it’s hard to dismiss the X5.

Off-roading may not a crucial factor in your next SUV purchase, but for BMW, it’s just one more strength – one that fits the “sports activity vehicle” tag perfectly. It’s hard to be everything for everyone, but the all-new 2019 BMW X5 sets the bar high and comes really close to clearing it.

Subtle tweaks in its body lines, the enlargement of its signature kidney grille and slight growth in wheelbase, width and length has matured the X5 in a sophisticated and modern way. BMW has strategically combined form and function with the X5, highlighted by the available BMW Laserlights spotlight with Selective Beam, featuring blue x-shaped elements that split the hexagonal light sources inside the headlights.

One of vehicle’s truly stunning options is called “Crafted Clarity,” which adds Swarovski glass detailing to the gear shift, volume knob, start/stop button and rotary controller. It comes in a $16,000 package that also features customized leather seating and an adaptive suspension, but the gear shift is the highlight.

Power distribution is handled smoothly and with confidence. Its eight-speed transmission, geared for a wider ratio spread, uses most of its 330 lb-ft of torque to get the ball rolling in quick fashion. When working in conjunction with the all-wheel drive and two-axle air suspension, the X5 exudes a high level of body calmness at fast or crawling speeds. For the first time, 22-inch wheels will be on offer. (20-inch are standard on the 40i.)

The standout of the interior is its modern, colourful and fully customizable seventh-generation iDrive infotainment unit, which features two 12.3-inch digital touchscreens. There are many control options, including the iDrive tool, a touchscreen, voice commands and gesture control.

As for safety technology, the X5 is loaded with semi-autonomous driving aids, including lane-centring and an iCamera (new to BMW) that keeps an eye on your well-being. A parking and reversing assistant can both enter a parking space (parallel or perpendicular), as well as exit without steering, braking or throttle input. The system remembers the previous 50 metres the vehicle has travelled and will automatically reverse over that same path.

Cargo volume ranges from 650 to 1,870 litres, with electric liftgate and tailgate aids. Buttons in three separate areas can be used to open or close the split liftgate or adjust the tonneau cover as you please. Another option has four vertical rubber slats on the ground floor that contract and expand to reduce scrapes and hold cargo steady throughout the ride.

The fourth-generation 2019 BMW X5 has all arrows pointing in the right direction. It’s hard to find many faults, as the German automaker has improved its shortcomings in interior and technology, while adding an off-road package.

In a booming segment, this new X5 arrives at an opportune time and will give Mercedes-Benz and Audi all they can handle. 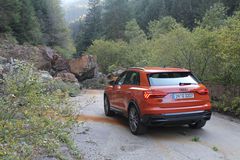 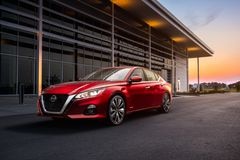 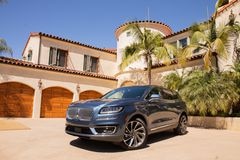