Look at this hedonistic conglomeration. It has more sharp edges than a pile of knives. It’s a rolling testament to extroversion, and it’s just so Italian, as cars go. So loud, so bright, so much. The new Aventador SVJ is supercar concentrate, a caricature of a Lamborghini.

That, however, is precisely the appeal for the people willing to pay roughly $600,000 to add it to their collection.

The Aventador SVJ is the brand’s flagship, replacing the SV as the fastest, most powerful supercar from the company that invented the genre. Production is limited to 900 cars, and Lamborghini won’t have trouble finding customers for all of them, especially in Canada. This country is – improbably, given our climate – Lamborghini’s fifth-largest market.

The Aventador was a scary thing to drive when it was launched in 2011. It was as quick as a ballistic missile in a straight line, but bearing down on a corner at 200 kilometres an hour, you’d suddenly discover it simply didn’t want to turn. It’s the supercar that soiled a thousand underpants.

“Our intention is really to provide the most extreme, emotional driving experience, to provide a kind of roughness,” said Rouven Mohr, head of whole-vehicle development for Lamborghini. “The goal is not to build the smoothest car with maximum perfection. We want some deliberate imperfections. … This is Lamborghini; we want to provoke, to not always be the friendly brand.”

Getting into the SVJ is like trying to limbo into a coffin. I’m not particularly tall, but my head is canted sideways against the roof, and I’m looking down at the windscreen. The roof and A-pillars block out the view of everything that’s not directly in front of you. In the rear view, all you see is the engine cover and giant wing. If there was a truck behind you, you’d never know.

The noise from the naturally aspirated V-12 engine, positioned just over your right shoulder, behind a pane of glass, is worth the discomfort. Put simply, there’s nothing else like it any more. Once, a motor such as this was a necessity for any supercar worthy of the name. Now, owing to emissions regulations, all of the Aventador’s mid-engine supercar competitors have gone to turbocharged engines (McLaren) or mild hybrid systems (Ferrari). For many customers, this V-12 engine – now with titanium valves and an 8,600 rpm redline – is what keeps them coming back to Lamborghini.

It is with extreme caution that I approached my first laps of Estoril, the old Formula One circuit near Lisbon.

The seven-speed gearbox is an antiquated single-clutch automated manual. It’s brutal, shaking you violently on upshifts unless you ease off the throttle for a split second at exactly the moment you flick the paddle shifter.

With 760 horsepower (20 more than previous top-dog Aventador SV) and a beefier torque curve, the V-12 gets the car from 0 to 100 km/h in 2.8 seconds and to 200 km/h in 8.6. But because there’s no sudden surge of turbo-induced torque, speed builds progressively, like an orchestra tuning up. It’s deceptively fast.

Technology has fixed the Aventador’s roughest edges. Lamborghini figured out a way to decouple the all-wheel drive powertrain from the front axle as you turn into corners. The SVJ also gets the rear-wheel steering introduced in last year’s Aventador S. Combined, these two systems mean the Aventador SVJ actually turns properly now, even eagerly. Its handling is, at long last, as sharp as its looks.

From Lambo’s Huracan Performante, the SVJ takes the ingenious “ALA” aero-vectoring technology. Through corners, it stalls the outside half of the rear wing – reducing downforce – while maintaining downforce on the inside half of the wing, effectively dragging the car through turns and reducing understeer.

At Estoril, after a few getting-to-know-you laps, the SVJ could be pushed harder and faster than anyone would’ve dared with the old car. It offers a level of driver engagement the old SV never could. Turn-in understeer has mostly been banished. Mid-corner, the car feels balanced, where you can now adjust its attitude with the throttle. A few degrees of under or oversteer are possible, even in Sport and Corsa modes with electric stability control engaged.

Misses? The gearbox still gets in the way and would be a real pain driving in traffic. The carbon-ceramic brakes have a dead, wooden feel through the pedal. And, of course, the cabin is more cramped than a Tokyo pod hotel.

It’s not as precise an instrument as the clinical McLaren 720S, nor as sweet and biddable as Lambo’s smaller Huracan Performante. And yet, the Aventador SVJ is the ultimate old-school Italian supercar: flamboyant, frivolous and manic. On a racetrack, you take it deadly serious. On the street, it’s utterly ridiculous. No matter where it is, driving fast or slow, it’s never less than thrilling.

Love it or loathe it, the SVJ stays true to Lamborghini’s history of extreme, wedge-shaped supercars. The aerodynamic appendages would be ridiculous if they weren’t all functional. Well, it’s still ridiculous, but I’m glad it exists.

The fixed carbon bucket seats provide more feel for what the chassis is doing, but the regular seats lean back further, making for slightly less head/roof interference. In bright sunlight, you can’t see the light-up buttons on the centre console.

It’s officially the fastest car around the Nuerburgring Nordschleife, lapping it in 6 minutes 44.97 seconds.

Active dampers, all-wheel drive, rear-wheel steering, second-generation aero-vectoring. It’s the most high-tech Lambo ever, but it still feels analog and raw thanks to a new computerized brain that makes these complex systems work together to respond (fairly) intuitively to driver input.

You must be joking. It barely has room for two petite humans. 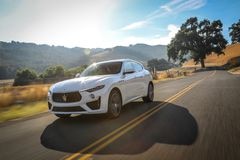 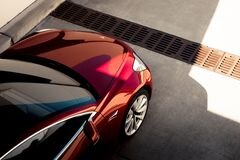 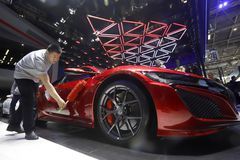