For a company with a roadster heritage that reaches back to the 1930s, German automaker BMW has struggled to produce a fully balanced modern version.

From the peculiar Z1 30 years ago (never sold in Canada), to the popular Z3 a decade later, the company’s modern roadsters seemed to try just a little too hard yet not deliver quite enough of the reckless joy that roadsters are known for.

The 2019 Z4 appears to have finally gotten it right.

This is the third generation of the Z4 line, and it returns after a hiatus of two model years (and, interestingly, a development collaboration with Toyota). It was worth the wait. Balanced, remarkably powerful and – thank heavens – once again a ragtop, this two-seater fulfills the promise of unfettered fun on a Sunday drive.

“This is a sports car for Sunday mornings when you have the road to yourself,” said Andreas Ederer, the Z4’s product manager, at the car’s recent test drive near Lisbon.

This Z comes in two versions in North America, 30i and M40i. The 30i is powered by a four-cylinder turbo that produces a very respectable 255 horsepower. BMW, however, only provided journalists with the higher-end M40i, a beautiful machine finished in Frozen Grey II metallic paint and powered by an inline 3.0-litre turbo-charged six cylinder.

Roadsters have historically been known to put the emphasis on handling over power. Not this one. The M40i has Cobra-style horsepower in a roadster that also handles exceptionally well through corners, thanks to a body that is more rigid than any convertible I have ever driven.

There are really three surprises in the M4: the power, the rigidity and – wait for it – the disappearance of a manual gearbox. Yes, it’s true, here is a roadster without a stick shift, at least in North America. Europe is expected to get a manual in a 20i model that won’t be coming over the Atlantic.

Strangely, the loss of the stick shift did not bring on the level of remorse I expected. That’s probably because this eight-speed automatic shifts so rapidly and so intuitively, I know in my heart that it can outperform any human. Plus, when you’re pushing the limits on a cliff hundreds of metres above the Atlantic Ocean, you want to have both hands on the wheel.

In sport and sport+ mode, the transmission gets even better. It learns your driving style and adapts shifting patterns to suit you. Entering a corner at speed, the gearbox downshifts to help in braking, setting you up to exit at full throttle.

The new Z also improved on its immediate predecessor by disposing of the regrettable retractable hardtop. That solid lid added weight and complexity to the car, while robbing drivers of what little trunk space existed. The new ragtop is lighter, has little wind noise and can pop up in just 10 seconds at speeds up to 50 kilometres an hour. That’s something I could never do in my first and second generation Miatas (though I tried, holding the wheel with one hand while reaching for the top with the other).

To keep weight down, BMW has increased the use of aluminum components. It’s also moved the engine 70 millimetres closer to the centre of the car to achieve the long-desired near perfect 50/50 weight distribution. It’s 7.5 centimetres wider and 10 centimetres longer than the previous version, yet the wheelbase has been shortened by about 2.5 centimetres to improve steering dynamics.

The interior is high-tech, but not as gimmicky feeling as such gadgetry might infer. That’s because BMW kept the layout simple and clean, with digital gauges and a 26-centimetre centre display for the infotainment system. The car is equipped with the BMW Live Cockpit Professional, the latest version of the company’s iDrive system. The iDrive controller sits to the right of the transmission shift lever. The M40i’s seats are finished in fine leather, providing a very unroadster-like sense of luxury.

Our test drive took us to ocean-side cliffs in Portugal, an hour-and-a-half south of Libson. The sharp climbs and reflex-testing tight hairpin turns seemed to be exactly what this car was made for. It is unquestionably a fun car, and it’s built for drivers who want a healthy dose of luxury with their sportiness.

For boomers who have acquired wealth with their years, it also completes the evolution away from youthful years of seeking sportiness on a budget. Way back in the 1970s, the Datsun 510 (now Nissan) was labelled “the poor man’s BMW” because it had all the essentials of a BMW 1600-2, but for a lot less money.

The Z4 is the reverse; it is the rich man’s Miata. The Z does all the same great things as its Japanese doppelganger, but with the extra power and luxury that come in a premium ride.

The Z4 arrives in Canadian dealerships in March, 2019.

This is a welcome departure from previous Zs, which had hoods so long it looked as if they had put drivers in the trunk. The hood has been shortened and the passengers moved slightly forward for a more balanced look. It also sits wider, which makes it look more aggressive.

The interior is high-tech, but not gimmicky. It features digital gauges, leather seats and the latest version of its iDrive system. Two average-sized people fit comfortably.

The six-cylinder turbo churns out a robust 382 horsepower and 369 pound-feet of torque, which truly makes a light (1,760 kilograms in the i30 version) car move fast. The rigid body had no detectable flex, which enhances control through corners.

All the safety technology you expect in a high-end car, and – importantly – presented in intuitive layout.

It’s a two-seat roadster – which means the trunk is tiny (0.28 cubic metres). Overnight bags only.

By adding gobs of horsepower, BMW has updated the roadster concept for the times. Its near perfect 50/50 weight distribution adds to the joy. It is even forgiven for dropping the stick shift. 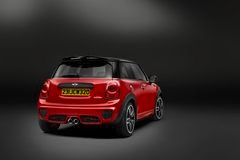 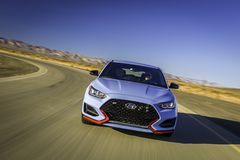 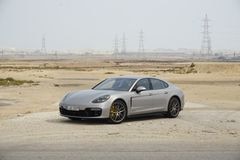