We rented a Chevy SS in the United States a couple of years ago and I really liked it. It reminded me of the Chevy Caprice my granddad used to drive 30 or 40 years ago. I was hoping to find a used one here. But I was surprised to see it was never offered in Canada. Is there a comparable rear-wheel-drive sedan with a V-6 that I could find for around $20,000, used? – Tony, Saskatoon

In the late 1970s and early 1980s, it was still tough to find a driveway without a big rear-wheel-drive sedan sitting in it.

Now, unless you’re looking at a luxury limo, big RWD boats aren’t easy to come by, especially in Canada.

We didn’t get the Chevy SS, a U.S. version of the Australian Holden Commodore (the Pontiac G8, sold here for the 2009 model year, was the previous-generation Commodore).

Until it stopped making cars altogether in 2017, Holden also made a Caprice – but we didn’t get it either.

We’ll look at the Charger and the Genesis. The Charger has more aggressive looks (they make a cop car out of it) and offers all-wheel-drive. The Genesis beats it for comfort and reliability.

The Charger didn’t get a full redesign for 2015, but it might as well have. The changes are big and for the better.

“The engine alone makes the Charger line fun to drive, the new exterior and interior are winners, and the generous standard equipment gives it great value,” a Globe Drive review said. “It’s the car to beat in the full-size sedan segment.”

Consumer Reports liked the “excellent” eight-speed automatic with its intuitive shifter (compared to the previous version), comfortable seats, and Fiat Chrysler’s easy-to-use Uconnect system. It griped about bad visibility and less-than-easy access, especially for a sedan.

Consumer Reports gave the 2015 Charger one out of five for reliability, with subscriber complaints about glitches with interior electronics. There were four recalls.

With the Hyundai Genesis, you could get power, comfort and luxury without having to pony up for a German sedan. You’ll notice we left stunning good looks off the list.

“The Genesis looks like a Korean Buick and more like the Buicks of 10 years ago,” Globe Drive said. “Yet from an engineering point of view, it is superb.”

Hyundai spun the Genesis sedan (the coupe was a completely different vehicle) off into its own brand in 2015 (the second-generation sedan, which by then had some extra style, became the Genesis G80).

There were two option packages: premium (which included parking assist and a backup camera) and tech (which included Lexicon 17-speaker audio and lane departure warning).

The base V-6 had a more comfortable ride than the R-Spec, Edmunds said. It didn’t like that the Genesis didn’t offer AWD, its back seat doesn’t fold down and the braking is “disappointing,” Edmunds said.

Consumer Reports gave the 2013 Genesis sedan four out of five for reliability. There were no recalls. 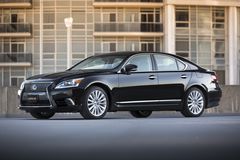 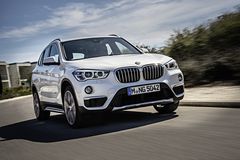 Review
In search of a versatile ride small enough to be easily parked
April 15, 2018 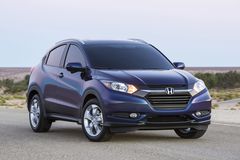