As electric vehicles (EVs) continue to gain acceptance among consumers, automotive manufacturers and recyclers are grappling with a new issue – what to do with millions of tonnes of used batteries.

Over the next 20 years, the projected global volume of spent lithium-ion batteries from electric vehicles alone will increase to more than seven million tonnes annually, according to the Reponsible Battery Coalition, a Milwaukee-based advocacy group that represents companies that make, use, sell or recycle batteries used in the transportation and industrial sectors. In Canada alone, the number of end-of-life EV batteries could be as high as 210,000 by 2030, according to Propulsion Quebec, the province’s government-led incubator for electric and smart transportation.

Landfills are not an option because EV batteries are chemically unstable and prone to burning if mishandled, and battery recycling is still in its infancy. Only two such facilities currently serve all of Canada, with a capacity of about 12,000 tonnes a year. Capacity of between 40,000 and 63,000 tonnes would be required to properly handle the number of batteries Propulsion Quebec believes will accumulate across Canada.

Several factors work against EV-battery recycling, says Andrew Abbott, a professor at the University of Leicester in Britain who co-wrote a 2019 study looking at the potential EV battery-recycling crisis. First, as the study points out, each battery weighs about 250 kilograms, and it’s difficult to untangle the wiring from the valuable metals inside. Second, the used batteries still carry a significant electrical charge, which can pose a danger to workers. Third, the batteries are not standardized.

Individual battery cells are combined into modules which are then assembled into battery packs. As a result, “there is enormous variety in the chemistries, shapes and designs of lithium-ion batteries used in EVs,” says Gavin Harper, a research fellow at the University of Birmingham and Abbott’s co-author.

“To recycle these efficiently, they must be disassembled and the resulting waste streams separated.” Along with lithium, the batteries employ numerous other valuable metals, such as cobalt, nickel and manganese.

Another obstacle to recycling is the recent push to eliminate or reduce the use of cobalt – a conflict mineral – in lithium-ion batteries, according to Maria Kelleher, principal of Toronto-based environmental-consulting company Kelleher Environmental. Manufacturers seeking to clean up their supply chains and comply with human-rights pledges are pushing for the development of batteries that can use metals other than cobalt. But as the amount of cobalt in the used batteries drops off, they will become less valuable to recyclers. “If there’s no cobalt, there’s nothing of value to recycle,” Kelleher says.

There is good news, however. Far from being spent, lithium-ion batteries retain between 60 and 80 per cent of their charging capacity when the vehicle’s life on the road is over. Recognizing this opportunity, most auto and battery manufacturers, alongside independent researchers and specialist firms such as Oklahoma City-based Spiers New Technologies, which refurbishes and remanufactures used EV batteries, are investing in research into the commercial reuse of used EV cells.

BMW, for example, has installed material-recovery systems for end-of-life vehicles in 30 countries. The company says it is achieving an 85-per-cent reuse and material-recycling rate. “We do not consider end-of-life vehicles as waste to be disposed of, but as a secondary source of raw materials,” says Thomas Becker, BMW Group’s vice-president of sustainability and mobility.

At Audi AG, engineers have been experimenting with reusing EV batteries for material-handling equipment in their manufacturing plants. They are also looking at how used batteries could be employed for auxiliary and buffer storage on local power grids.

“What this means is that some batteries bound for recycling could end up being reused on the power grid for a while first,” says Alexander Kupfer, a project leader in sustainable product development at Audi. “Only once they can no longer serve this function would they be broken down into their individual components using state-of-the-art recycling processes.”

Nissan Motor Co. Ltd. has been working on integrating EV batteries into stationary energy storage since 2010. The company opened a factory for the reuse and refabrication of used lithium-ion batteries from EVs in March 2018. The products are being sold as replacement batteries for EVs and used in stationary power-storage systems, electric forklifts and other applications.

Kelleher says these uses could extend the life of battery cells by five to 30 years before they would need to be dismantled and recycled. Additionally, used and refurbished batteries are helping to improve the viability of other green technologies, such as wind and solar, by bringing the cost of energy storage down.

Further research is going into the design of new batteries to ensure they will not be left by the wayside, literally or figuratively. The Responsible Battery Coalition, which promotes proper battery-lifecycle management, is working with the U.S.-based Argonne National Laboratory and the U.S. Department of Energy’s lithium-ion battery-recycling centre – the ReCell Centre – to develop new technologies that will be more efficient and allow for effective recycling.

Working from the principle that batteries should be designed with their end of life in mind, the Argonne group is developing a recycling method that aims to convert spent batteries into higher-value products.

“Using direct recycling and cathode upcycling could enable us to get twice as much value from a recycled battery as older techniques,” says ReCell director Jeff Spangenberger.

Direct recycling recovers the valuable material in the battery in a form that allows it to be reused more efficiently. Argonne researchers are working in the lab to figure out whether the process can be scaled up for industrial application.

“There are numerous challenges that we’re working through to show that it can be done so industry sees the opportunity and can take it through to commercial practice,” Spangenberger says. 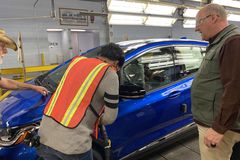 GM says it is ‘almost there’ on million-mile electric vehicle battery
May 19, 2020 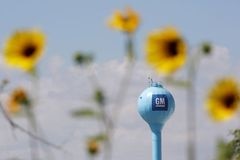 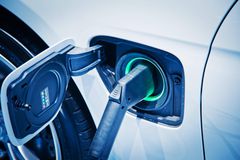