The ever-expanding capability of your smartphone has already gobbled up and made obsolete devices such as pocketable cameras and portable CD players, and now the all-conquering iPhone is coming for your car keys.

Apple announced its new digital car key feature this summer during its annual Worldwide Developersʼ Conference as part of a raft of updates in the iOS 14 operating system.

During the event, Apple said that BMW would be first to offer the feature in the new 2021 BMW 5 Series, though the automaker now says that it will be available in most of its 2021 vehicles produced since July. Other manufacturers are expected to follow suit.

The BMW Digital Key, as the automaker calls it, is about providing convenience for customers, according to Mike DeMelo, connected-drive specialist at BMW Group Canada. “If I donʼt need to have the keys on me, it’s just something additional I can take out of my pockets,” he said.

High-tech features like this are now the main way automakers can differentiate their products, said Sebastian Fischmeister, a professor at the University of Waterloo and executive director of the Waterloo Centre for Automotive Research.

Smartphone-based car keys could provide a good layer of added security if implemented well, he said, adding that they could potentially prevent thefts in which wireless key-fob signals are boosted in order to steal cars.

As with any new digital service, it could also potentially introduce new cybersecurity risks and raise questions about privacy.

For most people, however, the biggest issue with using the digital key is that it’s still somewhat clunky. While key fobs can be left in a purse or pocket to start and unlock a car, the new Apple key feature requires drivers to take out their phones.

The digital key resides in Apple’s Wallet app, alongside your digital credit cards. To use the key, you hold the phone to the door handle to unlock the car, then place the phone in a special tray just ahead of the cupholders before you can start the engine. Despite having to juggle your phone, the whole process is quick, hardly taking any longer than using a physical key fob.

It’s a minor inconvenience that could soon disappear, which would make digital keys a much more attractive proposition. Currently, the car and the phone talk to each other using Near Field Communication (NFC). In the future, according to Apple documents, Ultra Wideband technology will allow the user to unlock and start their car while their iPhone stays in their bag or pocket. Once that feature arrives, the physical car key’s days are likely numbered.

“The car key, for as long as you had cars, was always the symbol; here’s the key. now you can go and drive,” said Fischmeister. “That symbol is now going away, and it’s replaced by an app.”

Tesla and other manufacturers offer smartphone-as-key features, but they operate through the automaker’s own apps. BMW used to offer a digital key through its own app as well, but now the company is putting that feature directly into Apple’s Wallet app.

It may sound small, but Apple’s car key represents another step toward the integration of smartphones and cars and, more broadly, closer co-operation between the automotive and tech industries.

Mike DeMelo demonstrated how to share a BMW Digital Key, sending a key to a friend in just a couple of clicks. On that personʼs phone, the key pops up like a text message and gets added to the Apple Wallet app. The recipient only needs a suitable Apple device; it won’t work if they have an Android phone.

Owners will be able to manage and revoke digital keys from their phone or from the in-car screen.

If your phone runs out of juice, DeMelo explained that you’ll still be able to unlock and start the car for up to five hours after the iPhone goes into power-reserve mode and its screen goes dark.

The sharing system is designed so owners can’t strand anyone by disabling their digital key remotely. (A deleted user’s key will be deactivated only after another person’s digital key, or a physical key, is used.)

Having the key feature built into the Apple Wallet means it is very secure, DeMelo said. The system takes advantage of the hardware-based security on Apple devices, the same technology that enables electronic tap-to-pay payments from your phone.

The digital car key is stored on the phone in a tamper-resistant Secure Element, which Apple describes as an “industry-standard certified chip” built into recent iPhones and Apple Watches.

Apple and BMW appear to be the first members of the Car Connectivity Consortium (CCC) to implement the digital key 2.0 standard. DeMelo said both companies helped to develop this new global standard.

So it’s a safe bet that similar built-in digital keys will soon become available from other automakers – and not just on Apple phones but on Android devices as well.

For now, Appleʼs digital car key works on iPhones starting with the 2018 iPhone XS, running iOS 13.6 or later, as well as the Apple Watch Series 5, running Apple watchOS 6.2.8 or later. (Presumably it’ll work on the just-announced iPhone 12 as well.)

DeMelo said there’s no additional cost or subscription fee for the digital key. 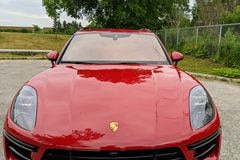 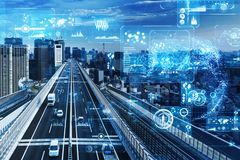 Cars compete for attention in a sea of strange gadgets at CES
January 14, 2020 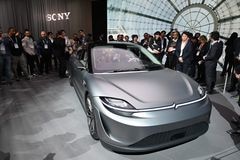