At universities across Canada, the future of transportation is taking shape. From autonomous vehicles (AVs) to electrification, the institutions’ groundbreaking work is helping Canada to prepare for the coming autonomous and electric vehicle (EV) revolution. In the process, the schools are also helping to raise Canada’s profile as a global leader in AV and EV research.

Making sure that the artificial intelligence on board an AV works without error is “a huge challenge today, and we lead internationally in this area,” says Krzysztof Czarnecki, professor of electrical and computer engineering at the University of Waterloo in Southern Ontario.

In search of an all-wheel drive vehicle that isn’t an SUV and isn’t made in the U.S.

Suck it up – if you own a car in 10 years, it’ll probably be electric

Czarnecki is the project lead for the university’s autonomous car, which became the first AV on public roads in Canada last August. Dubbed “Autonomoose,” the vehicle itself is a revamped Lincoln MKZ hybrid fitted with cameras, radar scanners, sonar, LIDAR (which detects distance and range) and a sophisticated on-board computer with a self-driving code at its core. The data collected will be shared with a number of third-party organizations, including AAAʼs Northern California, Nevada and Utah branch, which is developing an AV testing and assessment service.

“This is remarkable given they are Silicon Valley-based and decided to reach out to a Canadian university for expertise in AV technology,” Czarnecki says.

He adds that the university is the only one in Canada and one of just a handful around the world with an actual autonomous vehicle – and, more importantly, with autonomous-driving software built in-house.

“The key advantage of having an AV is the ability to test new algorithms and methods on a real system, in addition to providing hands-on training for students,” Czarnecki says.

Canadian universities have also been turning their attention to less glamorous but much-needed aspects of auto research.

“A lot of people are pushing for the cool factor of driverless, but not the improved powertrain benefits of it, so we’re approaching it from a different angle,” says 23-year-old Megan Wood, a graduate student working on electric-vehicle research at McMaster University in Hamilton. The powertrain refers to all the parts of a vehicle that create power and make it move.

“We aren’t trying to achieve Level 5 [where no driver is behind the wheel]; we’re staying at Level 2-3 [which includes driver-assistance technologies]. We’re trying to use it to improve fuel consumption, which is not something that is currently being used in industry right now,” she says.

McMaster University says fuel efficiency remains a relevant issue for consumers, especially as the desire to combat climate change and cut emissions rises. The university’s five-year project with Fiat Chrysler Automobiles (FCA) covers every aspect of electrification, from powertrains to power electronics and software. McMaster says it is also working with several other manufacturers including General Motors, Ford, BMW and Toyota to raise Canada’s status as a leader in EV research.

Ali Emadi, Canada Excellence Research Chair in Hybrid Powertrain and director of the McMaster Institute for Automotive Research and Technology, says he believes that manufacturers often approach postsecondary institutions because the university atmosphere offers the ability to generate and explore new ideas with one goal in mind. In McMaster’s case, that’s “to increase the electrification level as much as possible as fast as possible.”

At the University of Waterloo, Czarnecki and his team are also testing an often-overlooked part of autonomous vehicle research: passenger-vehicle interaction inside AVs. The university is using Autonomoose to understand the effects of different driving styles on the anxiety levels of passengers with the aim of reducing their stress.

The study is conducted with participants riding in Autonomoose on a closed test track near the university. To measure their anxiety levels, participants are hooked up to wires and sensors that monitor everything from heart rate to sweat glands in the skin. Special glasses track eye movements, while facial-recognition software monitors for cues.

“So far what we found in our very preliminary results – this is not official yet – people significantly underrate their stress as compared to what we see from the biometric sensors. There are many situations when people were reporting very low scores [in regard to stress level], but their heart rate is very fast,” says Marko Ilievski, a computer-science graduate student at the University of Waterloo.

Canada’s northern location also presents an opportunity. For example, the University of Alberta in Edmonton has a pilot project dubbed “Active-Aurora,” Canada’s first connected-vehicle test bed network. The testing network is a grid of roads, high-tech labs and a new vehicle test track at the university designed to improve traffic flow, reduce congestion and measure how extreme weather conditions, such as snow and rain, can affect commutes.

On the university’s track, a driverless electric shuttle bus nicknamed “Ela” is also being tested. It can carry up to 12 people at speeds of 12 kilometres an hour and uses 3-D sensors, GPS and cameras to guide it. ELA has already made history as the first self-driving shuttle bus on Canadian roads last year.

The hope is that ELA will give researchers concrete data on how AVs will fare in harsh winter conditions – valuable data that gives the university a unique advantage in Canada and abroad. 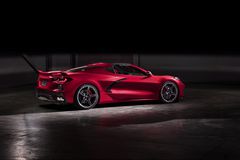 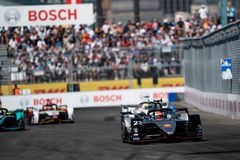 Prep the car for the summer season with these gadgets and tested tricks
June 16, 2019 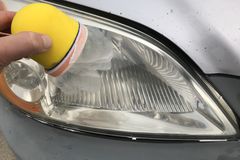