Alan Fong’s smartphone chirps up to tell him he has just broken the speed limit as he guns his Ford F-150 pickup truck down a muddy road in Toronto’s Port Lands district. Seconds later, the phone alerts him again that he has just braked hard, and then again that he aggressively steered around a corner.

It’s as if there’s a disembodied voice in the car, nagging at the driver for each of his infractions. Fortunately in this case, Fong is purposely driving recklessly to demonstrate the underlying vehicle-tracking system that is enabling the voice.

This tracking and instant feedback is a growing reality for commercial drivers, he says, and it could soon be for the average car owner as well.

“All the manufacturers are buying into this. I think it’s going to happen one way or the other,” Fong says. “The commercial side will lead into it.”

Fong is chief technology officer for Fleet Complete, a Toronto-based company that makes and provides commercial-vehicle-tracking systems. Businesses ranging from the Sobeys grocery chain to elevator maker Thyssenkrupp to rental car agency Thrifty use its products to track and monitor their vehicles.

Fleet Complete’s systems come in the form of devices that plug into cars and trucks, which then communicate with central servers through cellular technology. They allow fleet managers to keep an eye on everything from vehicle health to driver performance in real time.

The company’s latest product is Vision, a dash cam that communicates with the driver’s smartphone via localized WiFi. It then connects to Amazon cloud servers that crunch data generated by the camera – which reads street signs – and the phone’s accelerometer sensors to provide instant audio feedback.

The fleet-tracking market is growing fast, from an estimated US$3.8 billion last year to an expected US$12.7 billion by 2024, according to Delaware-based Market Study Report. Fleet Complete, which has systems in half a million vehicles in 17 countries, reported annual revenue growth of 53 per cent last fall, to $107 million.

Customers such as Muldoon’s Coffee have become fans. The Toronto-based coffee supplier installed Fleet Complete systems in all 22 of its vehicles in 2017 and is in the process of testing the Vision camera.

Alison Travers, head of office operations at Muldoon’s, says the existing installations – which cost about $30 a month per vehicle – have paid off in several ways.

In one case, she received advance warning of an imminent battery failure and was able to guide her driver to a mechanic before it actually happened. The tracking system has also provided backup in insurance disputes, with data proving that her drivers weren’t speeding or otherwise driving poorly.

Some of the company’s drivers have resisted being actively monitored at all times, but the better ones have welcomed the tracking.

“They aren’t able to get away with [bad driving] like they did in the past,” she says. “The guys who follow the rules … they like knowing that everyone else has to do that, too.”

Drivers – especially regular consumers – can be forgiven for resisting tracking as concerns over data abuse by technology companies grow. Some also don’t trust insurance companies, who are promising premium discounts in exchange for installing tracking devices, to actually deliver lower rates. Many consumers certainly don’t way to pay extra for it.

Observers say they may not have a choice – tracking could be inevitable because of how valuable it can be to automakers. Having real-time telematics installed can give manufacturers a wealth of insight into how their vehicles perform on the actual road, as opposed to on test tracks.

That can lead to better design in future products. Original equipment manufacturers (OEMs) might also be able to spot problems and proactively fix them with downloadable updates. That could prevent recalls and save them a fortune.

The bright side is that manufacturers might find these capabilities valuable enough to swallow the connectivity cost themselves, rather than expect drivers to foot the bill.

“The price doesn’t just depend on how much the consumer is willing to pay for it, it’s also about how much benefit does it bring the OEM?” says Sebastian Fischmeister, an associate professor of electrical and computer engineering at the University of Waterloo.

“Maybe the OEM even provides it free of charge.”

For his part, Fong says the explosive growth in the fleet-tracking market is proof that driver resistance is starting to change into an acceptance and belief of tracking’s potential benefits.

“People are starting to take a holistic view,” he says. “The paradigm has shifted from a ‘got you’ scenario to a ‘be safe’ scenario.”

What is lidar? Only the most important automotive technology in years
January 16, 2019 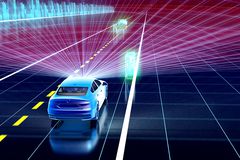 Automated braking gets a real-life test on a busy Toronto on-ramp
April 11, 2018 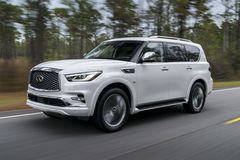 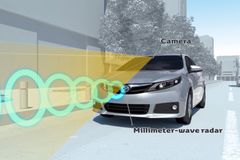