We’re visiting friends at their hobby farm, and the conversation turns automotive. Our friends have a pair of compact cars as their daily drivers, but since their property is home to three horses and a donkey, they also keep a pickup truck for occasional towing and toting duties.

Suddenly, Walter jumps up and goes to grab something from his City Golf parked out front. He hands me the owner’s manual, flipped open at the specifications page, and points at the little hatchback’s tow rating: 3,086 pounds!

That Brazilian-built budget version of the Gen-4 Golf is no longer sold here, but it’s a reminder how North Americans are convinced we need a big pickup or SUV to tow anything much heftier than a five-foot utility trailer.

Of course, safety is critical when towing something that could weigh as much as or more than the tow vehicle itself. Yet the fact is, in Europe and elsewhere, people routinely tow all kinds of loads with small four-cylinder vehicles basically identical to ones that have much lower tow ratings in North America – or, more commonly, are simply “not recommended for towing.”

In some cases, the versions sold here could be different, especially if they are also made here. Perhaps, to save weight, they use thinner sheet-metal where a tow hitch would need to attach.

Automakers here would rather sell us trucks, because they are more profitable. And in litigious North America, those higher profits make it worth the risk of lawsuits if customers get into trouble while towing.

Still, there’s a strong case to be made that our conservative tow ratings leave us with more in reserve. As well, trucks and SUVs that are built to tow are often available with factory-developed tow hitches and, increasingly, features designed to make towing easier and safer – sway control, transmission tow/haul mode, integrated trailer brake controller, and so on.

Then again, doing it the North American way may force you into a bigger, pricier, thirstier vehicle that you may not want to be stuck with driving when you’re not towing.

In the past, each automaker had its own way of setting tow ratings, but most now comply with the Society of Automotive Engineers (SAE) standard J2807. For accurate apples-to-apples comparisons, check that the vehicles you are considering do comply.

The archetypal tow vehicle is of course the pickup truck. Tow-rating bragging rights dominate their marketing, with the Ford F-150 currently claiming a segment-leading 13,200 pounds among the ½-tons (move up to the Detroit automakers’ heavy-duty versions, and ratings range above 30,000 pounds for goose-neck towing).

But don’t think just any F-150 is good to tow 13,200 pounds. That rating was new for the 2018 model. And for any pickup, the highest rating usually applies to one specific configuration – typically a 4x2 with a particular engine option and axle ratio, plus optional Trailer Tow Package. Equipped with the base V-6 engine and the “wrong” axle ratio, F-150 tow ratings start at only 5,000 pounds; most other combos of engine, axle, body and drivetrain range between 7,400 and 13,000 pounds.

Even with a big brawny pickup, don’t think you won’t feel the burden of what you are towing. Last summer, I measured the acceleration of a Hemi-V-8 powered Ram pickup: Unburdened, it did zero to 100 kilometres an hour in 7.9 seconds; hitched to a relatively modest 5,300-pound trailer, that stretched to 13.5 seconds. Braking and manoeuvrability are correspondingly affected, too.

Mind you, that Ram was towing a singularly un-aerodynamic cargo (a farm tractor). Aero is a factor that tends to get overlooked when discussing tow-ability. Low frontal area (such as on a pop-up camping trailer) and/or a wind-cheating shape (like that of the Airstream travel trailer) can make a big difference.

The folks at Can-Am RV Centre in London, Ont., will tell you that, set up right, a 5,000-pound Airstream, with its slippery shape, low centre of gravity and (another feature to look for on any trailer) torsion suspension, can be easier to tow than a 2,000-pound conventional boxy trailer.

Another major factor in tow-ability is whether the trailer has its own brakes – and if so, what kind. Self-activating electric brakes are preferable to surge brakes, which are actuated by the trailer “surging” forward against the tow vehicle after the latter starts to slow.

Electric brakes, in turn, need a suitable tow hitch and wiring package, if they are available for your vehicle. Tow hitches come in five classes with ratings from 2,000 pounds for a Class I to 17,000 pounds for a weight-distributing Class V. Weight-distributing hitches distribute the load on the tow vehicle more evenly between the front and rear axles, and generally allow a heavier load to be towed. But weight distribution is confined to Class III and up hitches, which may not be available for all vehicles.

Remember, too, that there are key other considerations besides the weight of the trailer itself. You must also include all the gear, beer, groceries, water, propane tanks, boat motor, fuel or whatever being carried in it.

Then you must observe maximum gross combined weight rating (GCWR), which includes both the trailer and its contents and the tow vehicle and its contents, human or otherwise. If the tow vehicle is heavily laden, the limit of what you can tow may need be reduced accordingly. If in doubt, take your loaded set-up to a public weigh scale.

Suitability for towing isn’t only about having enough power and torque. The vehicle needs to be able to handle the added braking loads as well as the additional heat generated in the coolant, engine oil and transmission fluid. Add-on oil coolers are highly recommended, especially if you expect to tow in hilly terrain.

One way to play safe is to pick a vehicle designed to tow, and use all available resources from that manufacturer. But – whether you’re on a limited budget or looking to minimize your carbon footprint – if you choose to tow with something outside the mainstream, it’s crucial to do your research and work with a knowledgeable and experienced towing specialist. 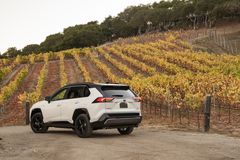 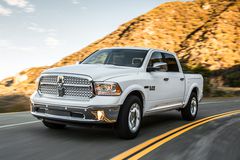 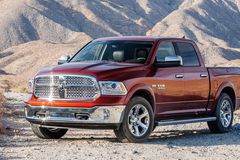