If you are telling your car to do something, how certain are you that someone else isn’t listening in?

It’s the privacy question casting a shadow over the most popular and connected cloud-based voice assistants, such as Apple’s Siri, Google Assistant and Amazon Alexa. They are also increasingly common fixtures in vehicles, mostly through smartphones connected to the car’s infotainment system. Yet, there is a technical difference between those and the automakers’ own assistants living inside the vehicle that are often limited to car-specific and messaging commands.

Affordable entry-level options have led to a spike in smart-speaker adoption in the home, with a projected 6.7 million speakers in Canada in 2020, according to a report by market-research company eMarketer. That’s an increase from the 3.9 million the research firm noted for 2018, except it’s less clear how much drivers use virtual assistants in the car.

In the United States, where built-in voice assistants such as Alexa are already included in select makes and models, a report from global marketing-research company J.D. Power found nearly 60 per cent of respondents said they would buy a car if the automaker offered the same voice assistant they use at home. The survey, which was sponsored by Amazon, showed that number climbed to nearly 74 per cent for millennials and 79 per cent for Generation Z.

The concept of communicating with people and things by voice while driving also means controlling smart devices at home when behind the wheel. The more drivers keep on talking to their virtual assistants, the more data those vendors collect, leading to concerns over privacy.

“Customer trust is a top priority for us, and we apply the same standards to Alexa Auto that we have for Alexa at home and in other environments,” says Ned Curic, vice-president of Alexa Automotive at Amazon. “That includes clear indicators when Alexa is streaming audio to the cloud, and the ability for customers to view and delete recordings at any time within the Alexa app.”

Unlike Siri and Google Assistant, which currently run from Apple CarPlay and Android Auto – projection platforms residing on smartphones – Alexa is either embedded in the car itself or an aftermarket device that connects to the car stereo. The Alexa mobile app also serves as an alternative.

“With location-based routines, you can create a smart-home routine that opens the garage door, unlocks the front door and turns on your porch light when you pull into your driveway,” Curic says. “And with location-based reminders, you can say something like, ‘Alexa, remind me to pick up milk when I leave work,’ and Alexa will send you a reminder when you leave the office.”

Amazon opened up the location-based feature to developers at the same time, letting them know how drivers access their particular Alexa skills, be it via the Echo Auto device, an Alexa-enabled vehicle or another aftermarket device with Alexa built-in. Amazon can use the information to integrate location services or make the voice assistant’s responses more applicable for on-the-go cases, Curic says.

Many voice-activated features require the virtual-assistant access to the vehicle’s location, which is how popular mapping apps, such as Google Maps and Waze, are able to provide turn-by-turn directions and traffic data. This is also the case with Google Assistant when running through Android Auto.

In a response to queries from The Globe and Mail, Google Canada noted that it’s “constantly working to ensure strong security and protect your privacy” in the effort to make it more effective and efficient, but didn’t elaborate on any special measures.

Cutting the smartphone out of the equation appears to be on the horizon. Google has confirmed it is developing an Android-based operating system designed only for vehicles, where the deeper integration would allow Google Assistant to control in-car climate and native vehicle functions.

While that would presumably make driving more convenient, and lead to a greater synergy between voice control both at home and behind the wheel, not everyone is convinced the connectivity is altruistic.

“When manufacturers cede over control to Amazon or Google, it’s on their terms of service and rules,” says David Shipley, chief executive of Beauceron, a cybersecurity firm based in Fredericton. “They might be able to limit how much Alexa [or Google Assistant] is able to interact with the physical car, but they can’t control what happens with that data.”

Both tech giants unveiled plans earlier this year to allow users to auto-delete activity data every three months. Unlike Alexa, however, there is no way to delete that data by voice through Google’s voice assistant. It requires users manually go into their Google accounts via the web or mobile app to delete any unwanted data.

Shipley says his concern is mainly based on how voice activity data is tied to users’ Amazon and Google account IDs. For its part, Apple anonymizes the data it collects from Siri, although a report in The Guardian recently discovered the company allowed human contractors to analyze a small percentage of data. Apple then apologized and now asks for users’ permission to keep the recordings. Although he prefers Apple’s anonymization approach, there is no auto-delete option for Siri activity and doing it manually is more complicated than on the other platforms.

“It’s an intimate level of data they’re all now collecting, whether it's location, or inside the home or car, where there could be a potential virtual wiretap to their actions,” Shipley says. “It’s logical to talk to a connected car about where to go eat or buy stuff, but it’s also how they're learning more about you. The onus is on you to go back and clear data out or set things properly.”

Shipley feels more simplified terms in lay language would serve users better in discerning what they’re comfortable sharing. “If the person believes or consents to them, and has the ability to withdraw that consent in a meaningful way, then [Amazon’s and Google’s] data monetization models would be easier to gauge,” he says. “We just shouldn’t have to embrace it at the expense of our privacy.” 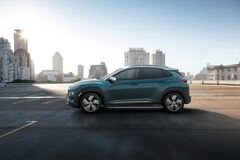 Why Canada leads the way to an autonomous future
August 7, 2019 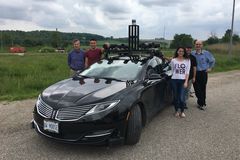 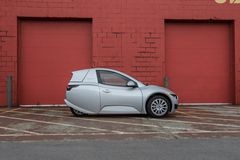