Everyone’s favourite time machine is back. In a story on the website of the classic car insurer Hagerty, James Espey of the DeLorean Motor Co. recently confirmed that a new version of the DMC-12 would be entering production next year, with a small run of cars built with unused old parts as well as brand new parts. The car will feature comprehensive upgrades throughout, likely including smartphone integration, but retain those classic folded-stainless-steel looks.

The announcement raises some questions. First, wasn’t the DeLorean DMC-12 something of a stainless-steel lame duck? Who’d want to buy a new one? And anyway, since the company went out of business in the mid-1980s, felled by bankruptcy and a scandalous drug bust of its larger-than-life founder John DeLorean, how is there still a DeLorean Motor Co. in existence in 2020?

The short answer is that the car itself never really went away. Yes, it was something of an automotive Icarus that never measured up to its hubris, falling to Earth with a muffled thud. And yet, over the years, the car spread its wings and took flight again.

Espey is vice-president of Texas-based DeLorean Motor Co., which is not quite the same thing as the original DeLorean organization. DMC sells restored and refurbished DMC-12s, as well as providing parts and repairs for DeLorean enthusiasts. The new company has been in business since 1995, when an ex-Liverpudlian mechanic named Stephen Wynne began a specialist DeLorean-servicing business.

That business is now headquartered out of Humble, Tex., with satellite locations in California, Florida and Illinois. Over the years, Wynne picked up the DeLorean trademarks and acquired large stocks of spare parts. DMC now has some 3.5-million DMC-12 parts on its shelves, and says it has the ability to build 96.7 per cent of a brand new DeLorean from spare parts alone.

That such a healthy demand for DeLoreans exists might be puzzling to the outsider. In its time, the steel-bodied coupe had a reputation for a poor power-to-weight ratio, as well as ho-hum handling. Reliability was never a strong suit either, and the initial price tag in the early 1980s was about US$25,000, today the equivalent of US$66,800.

Yes, being the wheeled star of the Back To The Future movie trilogy certainly cemented the DMC-12’s image in the public consciousness. If you loiter around a DeLorean for more than about 15 minutes, you’re guaranteed to hear someone make a crack about flux capacitors or quote the line, “Where we’re going … we don’t need roads.”

But there is more to the DMC-12’s enduring popularity than some reflected 1980’s movie star status. It is one of the automotive world’s most audacious attempts at building a new car company from scratch. With a tweak or two, it’s far better to drive than you’d expect. And as for curb appeal, the only thing that draws eyes more than a DeLorean DMC-12 is something like a Lamborghini Countach. Unlike the expensive exotic Italian, though, almost anyone can own a DeLorean.

Initially, that broad appeal was the plan. Conceived of as a rival to the Corvette or the Porsche 924 (yes, the Porsche with the four-cylinder VW engine), the DMC-12 was originally supposed to cost US$14,000, or about what a Nissan 370Z costs today. The DMC-12 could have become an everyman’s hero, like the Mazda RX-7 and, in fact, the DMC-12 was originally intended to be powered by a Wankel rotary engine, like the Mazda.

Certainly the DMC-12’s father, John DeLorean, was not lacking in confidence. Born a factory worker’s son, he rose to become among the most flamboyant and successful of General Motors’ executives. He dated supermodels, took Chevrolet out of the red and into record-making profits, and created the Pontiac GTO. One Christmas, he gave a girlfriend a leather-bound album filled with pictures of himself.

Six-foot-four and athletic, DeLorean charmed everyone. Celebrities, including Johnny Carson and Sammy Davis Jr., invested in his dream of building a new sports car. When the British government put up money to create jobs in Northern Ireland, DeLorean’s war chest swelled to $200-million.

The early 1980s were a troubled time in Northern Ireland, and the DeLorean factory on the outskirts of Belfast meant jobs and hope. By all accounts, it was a good place to work. Wages were high, as was pride in what was being built. The sectarian unrest that frequently boiled over in much of the rest of Northern Ireland stopped at the factory gates.

However, quality control in a new factory took time, and a late change in the car’s design added weight and increased the price. Cost overruns spiralled upward, not least of which was down to John DeLorean’s lavish spending. Anxious to save his company, he became entrapped into a convoluted plan to sell cocaine to keep cash flowing in. DeLorean was later cleared of all drug charges, but the damage to his reputation was done.

Just under 9,000 cars were built over three years. With a weight of 1,250 kilograms and just 130 horsepower on tap from a 2.9-litre rear-mounted V6 engine, performance was middling. The handling wasn’t thrilling either, despite design input from Lotus’s Colin Chapman.

However, if you lower the DMC-12’s nose back down to the level Chapman originally intended, and squeeze a little more power out of that V6, the result is performance similar to a Subaru BRZ. A so-refurbished DeLorean is perfectly capable of functioning as an enjoyable daily driver.

Under the 2015 Low Volume Motor Vehicle Manufacturers Act in the United States, DMC can produce up to 325 new DeLoreans a year. The act allows for small automakers to build limited-run replicas of cars that are at least 25 years old. It could spark a new niche industry for highly sought-after icons.

DMC’s car will get an emissions-approved engine producing a projected 350 hp, with brakes and suspension upgrades to match. Electric power is also on the table, assuming the right powertrain partner could be found. EV West, a San Diego, Calif.-based shop that specializes in battery-powered resto-mods – cars that are restored with the addition of modern parts – is already working on at least one DeLorean with Tesla running gear.

All of which means that, 15 years after his death, John DeLorean’s dream will still be taking to the roads for years to come. Perhaps the original DMC-12 didn’t quite achieve success in its own time. Turns out that getting the timing right doesn’t matter so much – not when you have the ability to go back to the future and start over.

Exotic cars at the Canadian International Auto Show that are sure to spark a lifelong obsession
February 19, 2020 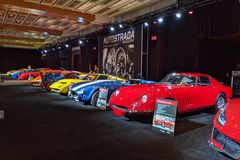 From drab to rad: Forgotten cars of the eighties and nineties get a chance to shine at Toronto auto show
February 13, 2020 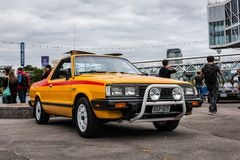