When Eclipse Automation was up against the unprecedented economic uncertainty brought on by the COVID-19 pandemic, the company could have played it safe.

But chief executive officer Steve Mai and his senior team couldn’t help but notice the headlines about looming shortages of personal protective equipment (PPE) for frontline health workers throughout February and March. In response, they decided to spin off a new company to produce and distribute N95 respirator masks — the gold standard — for the domestic market.

“We’re one of the largest privately owned automation companies in Canada, if not North America,” says Mr. Mai, who along with Jason Fedy, the company’s chief financial officer and a Chartered Professional Accountant, oversaw the creation of a new division, now called Eclipse Innovations Inc.

“We already did life-sciences and medical-manufacturing work for some of the largest Fortune 500 companies around the world. To sit around and not do anything when we had such a need here in our country, that wasn’t an option.” 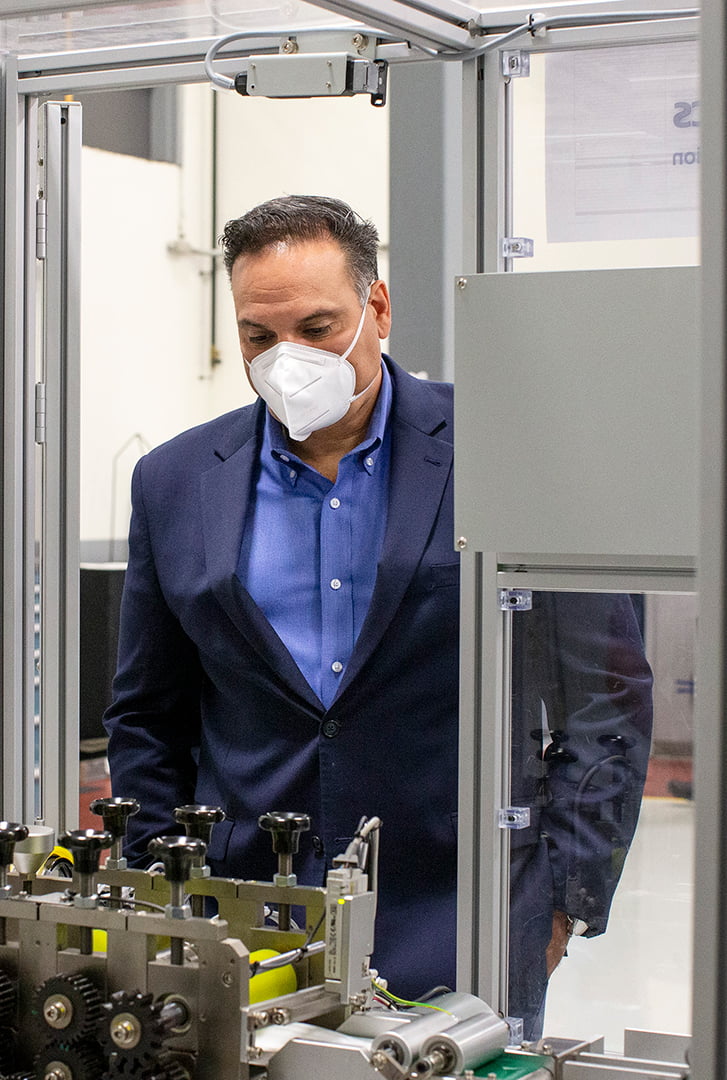 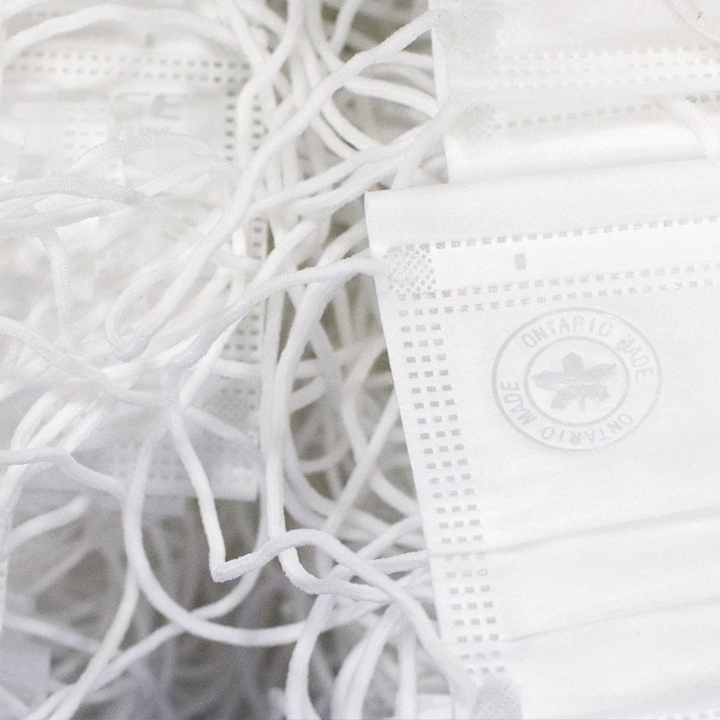 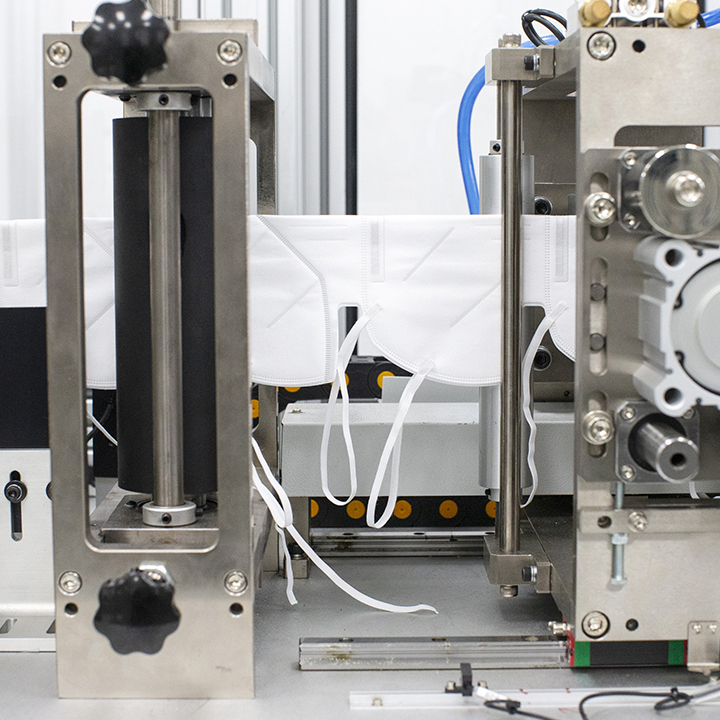 There was no question about demand: Early in the pandemic, Canada’s small stockpile of N95 masks was quickly exhausted. No company manufactured them domestically, and international supply chains were stressed to the breaking point.

But being the first to develop a domestic supply chain had its risks – and there were no shortages of hurdles.

The Cambridge, Ont.-based manufacturer had to invest huge amounts of capital in an uncertain new venture during a pandemic. It had to try to forecast, in the midst of an emergency, what demand would look like months down the road. And it had to source material for production, even as supply chains were already stretched thin.

Mr. Fedy and Mr. Mai oversaw the expansion of the ambitious effort as cautiously as possible, expanding the project as they developed more partnerships and brought in more funding.

“The question was always how fast to move,” Mr. Fedy says.

His role was critical to keeping on top of the complicated finances and balancing the huge capital expenditures needed with the limited revenue they could apportion.

“I was dropping into Jason’s office every day when we were going though this,” Mr. Mai says. “And I know plenty of times he probably wanted to hide under his desk. The business plan that had to keep changing – you had to keep saying to yourself: ‘That’s not quite where we want to be, how do we re-adjust?’”

The most difficult aspect was doing all of this without even knowing its product would be certified for use in Canada. 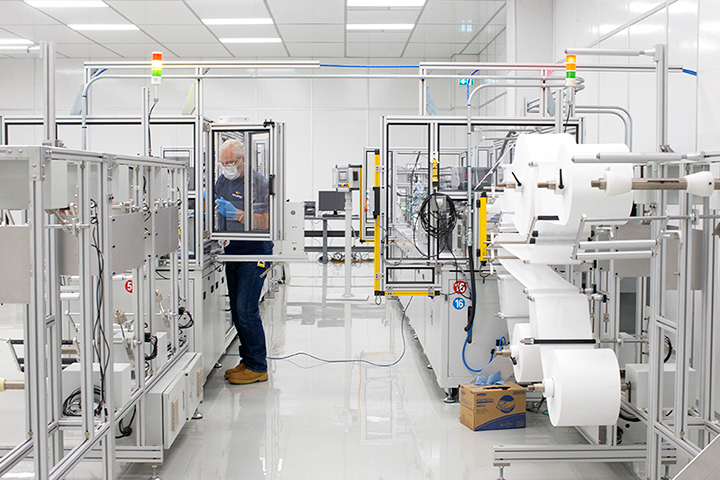 Employees work on the ARC respirator mask assembly (above) and the production area for the OMNIA procedure mask (right). (Photo credit: Chris Young) 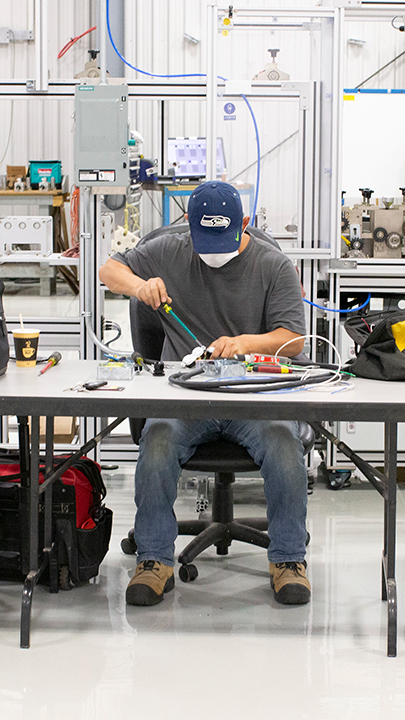 There is no regulatory approval process for the kinds of face masks needed for medical use in Canada. The country accepts certification by the U.S. National Institute for Occupational Safety and Health (NIOSH). And getting NIOSH approval is far from an overnight process, especially as the regulator was prioritizing U.S. applications.

Nonetheless, they barrelled through with what Mr. Mai calls a “fortune favours the brave” mentality. Mr. Mai, Mr. Fedy and their colleagues worked on certifications while connecting with hospital networks and governments, establishing a base of clients ready to “soak up that capacity as soon as it’s available,” Mr. Fedy says.

“There were lots of concerns around regulation, but we also couldn’t really wait. If we brought in only a limited capacity, we’d be inundated as soon as we got approved.” 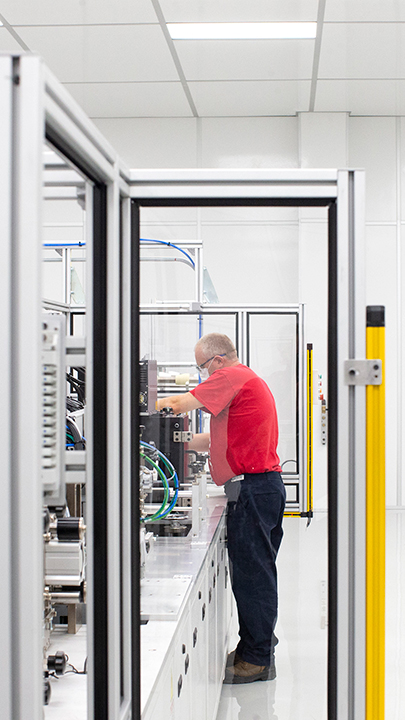 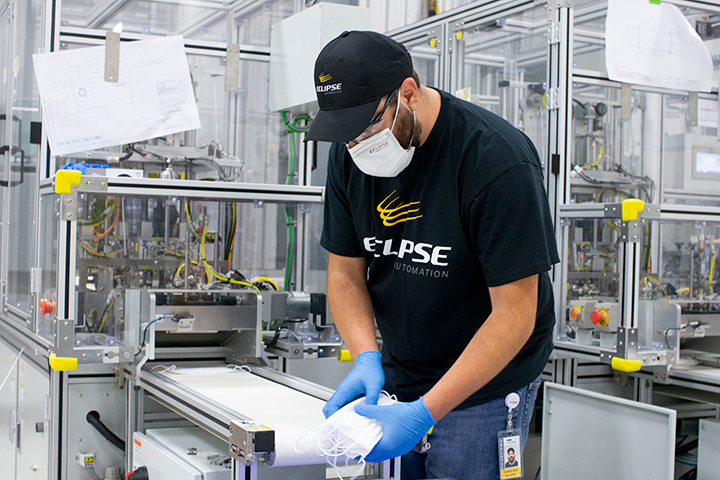 Eclipse’s shift to PPE means the company has the capacity to manufacture one million masks a week, with six N95 machines and five surgical mask machines. (Photo credit: Chris Young)

A major breakthrough came in July, with a $1.4 million funding announcement for Eclipse from the Ontario government. Then, in September, Health Canada approved an interim order with the company, which will allow that agency to temporarily circumvent the usual approvals during an emergency.

Today, Eclipse Innovations has the capacity to manufacture one million masks a week, with six N95 machines and five surgical mask machines. The risk, says Mr. Fedy, has been more than worth it.

“There’s financial and non-financial benefit here,” he says. “It was about engaging our workforce on an exciting project they can be proud of, and doing something that’s going to make a big difference for Canadian health care workers. But it was also tying those frontline efforts into a long-term business opportunity, applying our existing know-how to something that was already a major need in this country.”

How ‘forced transformation’ spurs innovation and opportunities to think