Wine and beer exporters' flow of libations abroad ran dry earlier this year as the pandemic shuttered bars and restaurants around the globe.

In the months since COVID-19 first froze up global trade, the nation’s wine makers and brewers have sought work-arounds to continue exporting. Some are even seeing modest gains in sales for their efforts. Yet as the year winds down, uncertainty reigns and many are worried about a post-pandemic hangover.

“We have a few last-minute orders right now,” says Jared Goerz, export manager at Pillitteri Estates Winery based in Niagara-on-the-Lake, Ont. “But with ocean freight times, a lot of the holiday season orders are already complete.

”Pillitteri is one of Canada’s most established exporting wineries, selling its red and ice wines in China and Taiwan since the 1990s.

Today, it ships products to more than 38 countries, including Europe. Almost half its business is devoted to export.

Typically, sales abroad average 5 to 10 per cent growth annually, he says. But 2020 is likely to be a down – or at best flat – year as the pandemic’s first casualty has been new sales.

“We are a momentum-driven business ... and to keep that going, you have to be participating in the trade shows and really get as much face time as you can with the importers and the end consumers,” he says.

“So right out of the gate when COVID hit, we had to cancel trips.”

Other Canadian exporters of wine and beer have faced similar headwinds. That said, the effect on the bottom line may not be too detrimental given that their largest market by far remains Canada, says Chris Bitter, an economist and the founder of Vintage Economics. That’s particularly the case for the wine industry.

“Only a small fraction of total winery revenue, which is likely north of $1.5-billion now” comes from international trade, Mr. Bitter says.

Canada exported $32-million worth of wine last year, he adds.

Unquestionably, the pandemic has negatively affected exports this year. As of Aug. 31, bottle wine exports were down 48 per cent, year over year, Mr. Bitter says. But the drop may not be related to COVID-19 entirely. Sales had been falling from a peak of almost $40-million in 2017 due to softening demand in China – the largest market for Canadian wine, he adds.

But beer exports are down too. Year-to-date sales to the end of July are down 13 per cent compared to the same period last year, trade association Beer Canada data show.

“We saw a deeper drop in sales in the first quarter because COVID-19 hit Asia before North America,” says Garett Senez, vice-president of marketing for the North Vancouver-based firm representing 13 craft brewers in 19 foreign markets.

“With our focus on Asia, a lot of the bars and restaurants were closed in January, February and March, so we had almost no orders from the start.”

Demand has recovered, and sales are now at about 70 per cent of last year’s levels, Mr. Senez says. “We tried to figure out what the biggest pain points were and then address those issues.”

That included providing liquidity for distributors in export markets, who had to move the unpasteurized product with a short shelf-life quickly at a discount. Many customers lacked the cash flow to order more.

To help, PACRIM extended repayment terms and offered credit on upcoming orders. Brewers adjusted too, shifting to ready-to-drink product made with craft spirits.

“Those can be made a lot quicker than beer, so they’re a lot cheaper to produce,” says Mr. Senez, adding that these products also have a shelf life of three years compared with just three to four months for craft beer.

Hamilton’s Collective Arts Brewing is among those craft beer makers that have focused on craft spirit, mixed beverages.

“Overall doing business is a very different experience, so everyone is trying to adjust to this new world,” says co-founder and chief executive officer Matt Johnston.

The brewer has looked to expand sales abroad almost since its founding seven years ago. That’s in part due to its marketing premise of featuring independent visual and musical artists from around the world on its product labels. The strategy has been especially successful with respect to U.S. exports.

In fact, Collective Arts plans to open a satellite brewery in Brooklyn next year.

Of course, all current and future efforts abroad rest on uncertain ground because of the pandemic.

“Our U.S. sales were really hit hard because about 45 per cent of those were in bars and restaurants – and that disappeared almost overnight.”

The brewery has since put its export efforts into retail. That’s included shifting from holding craft beer festivals to online events where participants receive samples in advance. Additionally, Collective Arts augmented its e-commerce presence by facilitating purchases for retail distributors and consumers. The brewer has also focused on getting its products onto the shelves of regional grocery store chains and building strong ties with independent retailers.

“It’s worth navigating the [regulatory] challenges to make that work,” he adds.

The strategy has been fruitful so far with sales in the U.S, its largest export market, now flat with last year, he says.

Exports have also been promising for B.C.'s Burrowing Owl Estate Winery in Oliver, about 400 kilometres east of Vancouver in the south Okanagan region.

“The pandemic hasn’t hurt us too much,” says Chris Wyse, its founder and proprietor. “We actually found sales increased to the partners we work with in Europe.”

As he further explains, the continued growth this year is due to past efforts to expand brand recognition overseas.

Still a lack of tourism to its winery, which drives new sales and brings visitors to its 11-room guest house, and an inability to attend trade shows have hampered growth.

“Zoom only lets you maintain a customer,” Mr. Wyse explains. “You have to meet people face-to-face to grow your business.”

Like Mr. Goerz, he says wine exporting is a “momentum business.” So, while 2020 has been better than feared, Mr. Wyse and others in the booze exporting business worry about COVID-19′s bitter aftertaste.

“We do expect a slow decline into the new year,” says Mr. Wyse. As such, the goal is to hang on to existing foreign niche markets until normalcy returns, he adds. “But if the pandemic went on forever, we would eventually lose those too.”

The new face of global trade in a post-pandemic world
October 19, 2020 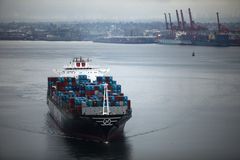 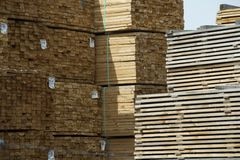 Exporters turn to automation to boost productivity and profits
October 5, 2020 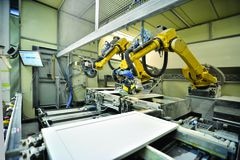