Even with the growing possibility that a hard Brexit is coming, for Canadian exporters who do business with both Britain and Europe, it may not turn out to be so hard after all.

While the outcome of the United Kingdom’s soap opera-like departure from the European Union is still far from clear, experts say there are many dimensions to Canada’s trade with both sides of the divorcing family.

These go beyond whatever relationship the bickering neighbours have with each other, says David Detomasi, associate professor of international business at Queen’s University’s Smith School of Business in Kingston, Ont.

“I don’t think the problems ... have a lot to do with trading relationships with other countries [such as Canada]. I think Britain’s main problem with Europe has been the appearance of being subservient to EU rules,” Mr. Detomasi explains.

“Once Britain has left Europe, I imagine most of the rules for trade with countries like Canada will remain mostly intact. They can use the relationship we have as a starting point to develop additional new trade rules.”

Amid the political turmoil of Brexit, which has cost the careers of two British prime ministers so far, both British and Canadian officials have been working behind the scenes to smooth any rough patches that may emerge in trade.

Brian Kingston, vice-president of international and fiscal policy at the Business Council of Canada, says that Britain recently released a tariff schedule governing trade with Canada that would apply regardless of the terms Britain leaves Europe under.

“They’ve decided to cut tariffs to zero on 87 per cent of their imports [from Canada]. That covers virtually all of Canada’s exports into the U.K. So it’s not as though we’re going to be falling off a cliff – we’ll pretty much maintain duty-free access,” Mr. Kingston says.

Nevertheless, the shape and timing of Britain’s exit will make at least a short-term difference to the $25-billion in two-way merchandise trade that takes place with Canada, he says.

“There will be implications. The U.K. is our fifth-largest trading partner globally. It’s a significant market, and a hard Brexit ultimately will have an impact on the U.K. economy, and that will ultimately mean less demand for Canadian goods and services,” Mr. Kingston says.

Today, it does look as if Britain will have to make a hard exit. The EU has granted Britain until Oct. 31 to make good on the British pledge to leave the union on whatever terms can be negotiated, but the exit packages hashed out by soon-departing British Prime Minister Theresa May have been rejected by Britain’s Parliament three times.

Rather than face another rejection, Ms. May announced she will resign on June 7, remaining as caretaker until a successor is chosen. Her predecessor, David Cameron, quit in 2016, days after Britain voted in a referendum to leave the EU.

The front-runners for the job include former foreign minister Boris Johnson, who says he is quite willing to pull the U.K. out of Europe without a deal, meaning Britain would leave with no transition rules.

Advocates of a hard Brexit say it’s preferable to prolonged negotiations with Europe because a “soft” plan could tie Britain to European trade rules for years, while the British will no longer have any say in the rules of a club they have quit.

Opponents say a soft landing is critically important, because otherwise Britain will be isolated, having to negotiate new trade agreements from scratch with everyone, including Canada.

The situation is complicated further because, since 2017, Canada and the European Union have been operating under the Comprehensive Economic and Trade Agreement (CETA), which lowers or eliminates barriers in trade of goods and services as well as other areas such as government procurement and, if the deal is fully ratified, investment.

CETA gives Canadian businesses preferential treatment across Europe, a market whose annual imports alone are larger than Canada’s entire gross domestic product. Britain will no longer be part of CETA if it leaves Europe under a hard Brexit on Oct. 31.

“This would potentially be disastrous for Canadian companies that have set up in Britain as a platform for access to the larger European market,” Mr. Kingston says.

“If the U.K. is suddenly subject to tariffs in Europe and they no longer have passporting rights for financial services [the right to conduct financial business from Britain under European rules], it would be a big setback.”

Fortunately, many Canadian companies and financial service groups that do European business have been setting up satellite offices in continental Europe or Ireland since Britain voted to leave the EU in a referendum nearly three years ago, Mr. Kingston adds.

The Investment Industry Regulatory Organization of Canada (IIROC) has encouraged firms with European businesses headquartered in Britain to assess how Brexit would affect their businesses. Toronto-Dominion Bank announced plans to expand its Dublin office as far back as 2017, for example, boosting its staff there to 10 people from two, and Bank of Nova Scotia and Bank of Montreal also say they’ve made contingency plans.

“In such a fluid situation like the one we’re in now, it’s never too late for businesses to make contingency plans,” Mr. Kingston says. A lot of companies have been attracted to Ireland as well because it has low corporate taxes, he adds.

Mr. Detomasi says planning ahead for Brexit may be prudent, but the practical consequences of Britainʼs exit from the EU are still hard to predict.

“Everything is still quite speculative,” he says.

“If anything, people shouldn’t get too freaked out about trade. Companies might be more cautious, and this is a longer-term concern, but I would advise people to calm down,” Mr. Detomasi adds.

“There’s always political uncertainty, but the sky is not falling. Some business decisions will still make good business sense, even if there is a bit more political risk on the horizon.” 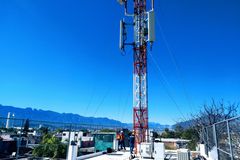 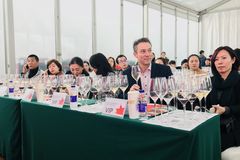