For Canadian agriculture, trade talks with the United Kingdom are a chance to right the perceived wrongs in the existing trade deal with Europe.

Ottawa and Westminster signed a rollover trade agreement last month to extend existing rules beyond Dec. 31, when the U.K. will formally sever its remaining ties to the European Union. When Canadian and British negotiators sit down to hammer out a permanent deal next year, Brian Innes wants an agreement capable of solving the problems he sees with the Canada-EU Comprehensive Economic and Trade Agreement (CETA).

“Talks with the U.K. represent an opportunity to address the disappointments we had with CETA,” says Mr. Innes, former president of the Canadian Agri-Food Trade Alliance, who currently works for the Canola Council of Canada. “We are hopeful that we can be much better positioned with the U.K. than we were with the European Union because, traditionally, the U.K. has been much more science-based and pragmatic than other members of the EU. They are also generally less protectionist than continental Europe.”

When CETA first took effect in late 2017, Mr. Innes says Canadian beef, pork, wheat and sugar producers “were very hopeful that we would be able to substantially grow our exports and the industries that produce those exports here in Canada.”

“Unfortunately, the promise of that agreement has not been fulfilled,” he says.

Tariffs were either eliminated or reduced on the vast majority of Canadian exports under CETA, though experts say it is the non-tariff barriers such as differing regulatory standards that continue to restrict Canada’s access to the European market. Canadian merchandise exports to the EU are up more than 16 per cent since 2016, according to Statistics Canada data, though Mr. Innes and others point to the 24-per-cent increase in European merchandise exports to Canada over the same period as evidence that CETA has produced uneven benefits.

“The challenge that Canadian agricultural exports have always had has been around regulation,” says Matias Margulis, an assistant professor in food and resource economics at the University of British Columbia.

“We could potentially pursue things [with Britain] that we couldn’t get when negotiating with the EU as a whole. There could be some potential added benefits from having a one-to-one negotiation rather than having 20-plus players on one side.”

Determining specifically what goals Canada should pursue, Dr. Margulis says, is complicated by the continuing lack of clarity over how trade between the U.K. and Europe will resume once the U.K. is no longer part of the common European market.

“It makes sense for Canada to wait because it is very clear the British government is struggling with these [post-Brexit EU trading] negotiations both politically and also just because they are new to the [trade negotiation] game,” he says. “A lot of this is about regulatory coherence between the U.K. and the EU: If the U.K. deviates much more from the EU and decides it wants to have different kinds of food import policies, then there is a potential for Canada to pursue new opportunities.”

“But we don’t know that yet, so it is all sort of a waiting game,” Dr. Margulis says.

Whenever Canada is able to gain the clarity it needs to negotiate a new deal with the U.K., University of Waterloo professor Bruce Muirhead agrees the Canadian agriculture sector “would want to see anything that is not CETA.”

“We would be pretty terrible negotiators on our side if we couldn’t get some sort of enhanced access for agricultural products to the U.K.,” Dr. Muirhead says. “I know that their dairy sector, for example, is down below 10,000 dairy farmers for the first time in British history. They don’t have enough dairy locally to provide for their own needs. That could be something if the Canadian dairy sector gets access to the British market.”

The problem with having a goal of selling more Canadian milk and dairy products to Britain is that Canada’s dairy sector is far more concerned with restricting imports than expanding exports.

“We are a domestic-oriented industry [and] we are not demanding our government open up access for us in other markets,” says David Wiens, a Winnipeg-based spokesperson for the Dairy Farmers of Canada. “We have been clear with the government that we do not want our dairy markets to be opened up any further.”

Once all the existing trade agreements that Canada has already signed take full effect, Mr. Wiens says 18 per cent of the domestic dairy market “will have been given up to foreign products coming into the country.”

In other words: don’t count on Canada allowing retailers to import the U.K. version of Cadbury’s chocolate as a result of any new trade deal.

“I have my doubts that anything substantive is going to emerge from any trade agreement with the U.K,” Dr. Muirhead says.

However, he also believes the British will be motivated to get a deal done with Canada quickly to demonstrate to the rest of the trading world that post-Brexit Britain is still open for business.

“The pressure is probably on the U.K., that is true,” Dr. Muirhead says, “but that only means it will be a political agreement much more than an economic one.”

Until the details of how the U.K. intends to work with the EU are settled, Mr. Innes believes a more economically focused trade deal between Canada and the U.K. is still within reach.

“Both of our countries have an opportunity to make trade work better by getting rid of unnecessary regulatory barriers,” Mr. Innes says. “We see an opportunity to have better access, which then turns into stronger sectors here within Canada because we are able to capitalize on our competitiveness and seize opportunities as they come.” 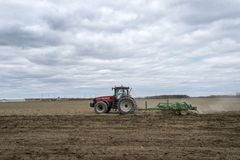 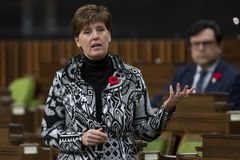 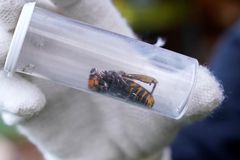