Halifax is mitigating the effects of climate change by making it easier for people to get lost in the woods – within city limits.

Backed by funding from all three government levels and fundraising through the Nature Conservancy of Canada, the city is building the Halifax Wilderness Park, a 380-acre tract of Acadian forest, just five kilometres from downtown.

The $8-million project provides ecological and recreational value, says Richard Harvey, manager of policy and planning for the municipality’s parks and recreation programs.

“We hope it changes the way people look at where they live, so they see themselves as more connected to nature within the city.”

The park, with woods of jack pine trees and broom crowberry shrubs, is part of a trend of cities around the world trying to literally shift the ground to combat the negative effects of climate change.

Whereas a few years ago, municipalities might have permitted developers to pave paradise, now cities are using those spaces to create parks – and developers are using this as a selling point. Although it’s protected land in most cases, they realize that commercial, residential and live/work projects are more attractive to buyers, tenants and companies seeking to locate offices if there are trees and green space nearby.

“Developers see parks as a way to attract skilled employees,” says Sean Malone, chief executive officer of the Dorothea Dix Park Conservancy in Raleigh, N.C. The city is creating a 308-acre park, in this case on the site of a former mental-health hospital, a 15-minute walk from the downtown core.

“Not only do residents who live and work nearby like having a park, it makes property in the area more valuable, the city a better place for high-end employers to locate, and establishes stores and dining places that serve their employees,” says Mr. Malone. “As populations and densities increase, a city park lets people breathe in and say, ‘Ahh!’”

Mr. Malone agrees that more parks mean more business, pointing to data analysis by the not-for-profit U.S. Trust for Public Land. It shows that every dollar invested in parks – whether it’s a small green space or expansive grounds – generates US$20.84 in direct and indirect economic benefits, including increased tourist spending and more efficient storm-water management.

“Think of green spaces as natural air conditioners,” he says, “but a lot cheaper and longer-lasting than air-conditioning units – and trees don’t burn fuel and emit carbon fumes.”

A study released by Park People in September identifies three significant ways increased parkland addresses climate change. First, an urban tree canopy provides shade and shields heat-absorbing pavement and concrete from the sun. Trees absorb water from the earth and release it as a cooling vapour – think of dewy grass in the morning.

Second, adequate urban green space is critical to controlling the effects of severe storms and costly flooding by absorbing water that would otherwise cause sewer and drainage systems to overflow. Root systems can also prevent erosion and landslides.

Third, trees and greenery absorb carbon from the air. According to a study by The Global Tree Restoration Potential, published by Science magazine in July, there’s enough land around the world available for tree planting to cut carbon emissions by 25 per cent.

Janet McKay, executive director of LEAF (Local Enhancement and Appreciation of Forests), a Toronto-based not-for-profit, points to a recent report by the Green Infrastructure Ontario Coalition, which shows that there are more than 34 million trees in the Greater Toronto Area, providing canopy cover for 26 per cent of the total land area. According to the report, to replace these trees would cost $14.2-billion.

Halifax and Winnipeg are both currently scrambling to replace thousands of trees that were lost in recent weather disasters – Hurricane Dorian and an early winter storm, respectively.

“Creating and replacing urban forests doesn’t mean just planting any old trees either,” Ms. McKay says. “You have to plant the right species and provide them with the right kinds of soil and take care of them too. Over the years, for example, we have planted a lot of Norway maple trees, which are not as resilient as other species, so we need more variety.”

The creation of parks and green spaces, too, is failing to keep pace with growing cities, says Mr. Garrett.

“Vancouver has a 25-year plan to add green space, but in the last 25 years, even though the amount of parkland has grown, so has the population,” he says. “The amount of park per 1,000 residents has actually declined.”

In addition to their storm-protection, carbon-capture and cooling functions, city trees are necessary to keep people healthy, he says.

The heat wave that hit Montreal two summers ago has been blamed for 66 deaths, many occurring in neighbourhoods identified by the city’s public health department as “heat islands” – tree-impoverished areas in which temperatures can be as much as five degrees Celsius warmer than nearby treed areas.

Carly Ziter, an assistant biology professor at Montreal’s Concordia University, has been collecting data on to what degree street trees cool the air at local scales. Her report, published this year, found that significant temperature differences can exist between treed and barren areas that are just a few hundred metres apart, and that tree canopy needs to cover 40 per cent of a neighbourhood to have a cooling effect.

“In areas that are devastated by extreme heat, nothing compares with green space as a solution to keep a neighbourhood cooler,” Mr. Garrett says. “Trees and parks can be life-saving.” 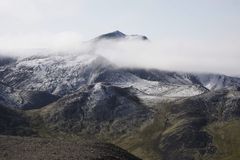 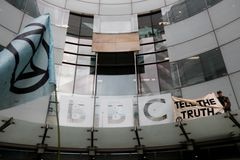