Before falling in love with the college movement, Don Bureaux admits he was a bit of a snob about higher education. Now as president of Nova Scotia Community College (NSCC) in Halifax, he’s passionate about debunking the myth that a college education isn’t as good as one from a university and changing that narrative.

“The group we’re making the biggest headway with are employers, because employers recognize the value of the human capital coming out of colleges,” says Mr. Bureaux. “The employment rate across Canada for college graduates is consistently in the high 80s and low 90s. That’s because of the actual DNA between how college programs are developed and delivered in conjunction with industry.”

The myth of inferiority persists largely because of a lack of awareness, rather than malice, Mr. Bureaux explains. Historically, the university movement goes back more than 1,000 years compared to less than 100 years for colleges, so teachers, guidance counsellors and high school principals are more aware of the university track – something colleges are trying to change. Another issue is with parents.

“The two most influential groups on a young person’s decision are parents and teachers, so it boils down to the discussion at the dinner table and in the classroom,” explains Mr. Bureaux. “In the past, more university graduates were having children so you’d have this kind of advising mentorship with parents as career coaches, but more college graduates are now becoming parents who see college as an option.”

Colleges have also improved how they present themselves to potential students, he notes.

“We’ve also done better branding through more sophisticated marketing efforts, going to where the students are in public schools and on social media,” he adds.

Mr. Bureaux believes the conversation has to change so it’s less of an either/or choice when it comes to higher education. To that end, the two branches of the post-secondary school system in Canada need to work together in a more aligned manner, he says.

“That alignment comes down to a kind of co-creating and co-recognition that learning occurs in different ways,” says Mr. Bureaux. “That’s for both sides. There are many college leaders who used to be quite defensive that we only do things a certain way. Those days are done. Not only will there be an evolution, but a revolution in pan-institution, collaboration and co-operation in this country. The people we serve – our students and industry partners – are going to demand that we adjust.”

Some of that has already started with several universities and colleges teaming up to offer both a theoretical and practical education to their students in certain programs such as nursing, new media studies, computer engineering and others.

What employers want right now, Mr. Bureaux says, is an employee able to change with the times.

“The human capital of tomorrow will be [employees] that can be resilient, flexible, nimble and really adopt this notion of lifelong learning,” says Mr. Bureaux. “A college education is a dynamic, ever-changing journey. If we don’t give students the skills to be successful in that rapidly changing environment, then we’re not doing our job.”

As someone who’s worked in both the university and college sectors, MaryLynn West-Moynes, president and chief executive officer of Georgian College in Barrie, Ont., says the view that university was better than college used to be based on the economic income of its graduates.

“We’ve long since proven that college grads can make as much and more than university grads in their career,” says Dr. West-Moynes. “College graduates often are leaders of small-and medium-sized businesses as well as the workers in businesses. They come with a much more applied hands-on learning style and college offers that to them.”

A key advantage is that colleges can recognize and respond to the needs of the work force faster than universities and can quickly create programs to meet high demand in the economy.

“We just launched a unique degree in mental-health counselling because supporting mental health for individuals is a new, growing field,” says Dr. West-Moynes. “It’s a four-year degree with a very hands-on approach that is really relevant as so many people struggle with mental-health challenges today.”

Dr. West-Moynes also cites how close colleges work with employers. For instance, Georgian is a leader in Ontario for co-op education, allowing students to work with employers, and also enabling employers to test out and potentially hire those students after graduation.

Accessibility is another critical advantage since many colleges have several locations in smaller communities, giving people access to higher education who might not otherwise have the opportunity. The price of tuition is lower than university, and students can live at home to keep costs and their debt loads down.

Dr. West-Moynes says overall college registration is a little lower this year, mainly because many international students can’t come to Canada due to pandemic restrictions. However, domestic enrolment was surprisingly brisk this August, despite most classes being taught remotely.

“We train our college students to be able to manage change and adapt,” she says. “That resilience will take them a long way.”

Colleges offer a helping hand amid the pandemic
October 26, 2020 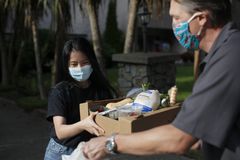 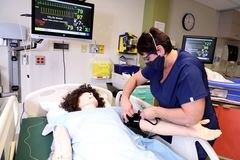 How the pandemic is shaping the demand for skills
October 26, 2020 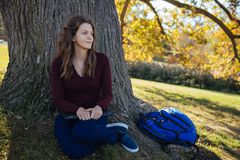