“I am worried about girls,” says Dr. Leslie Buckley, chief of the addictions division at the Centre for Addiction and Mental Health (CAMH) in Toronto. “The data tells us that psychological distress in girls is rising.”

Increased social media use is a major contributor to deteriorating mental health in girls, suggests the most recent results from a survey conducted every two years by CAMH. “We should be thinking more about what we can do to reduce the distress young women are experiencing. Whether it is social media, lack of supports, unrealistic images from media, or a yet unknown stressor – we can’t blame the girls,” Dr. Buckley says. “Parents are lost trying to battle these issues alone; it really requires a deeper understanding of the issues and a co-operative approach from society [and the] community."

Recognizing this need to focus on supporting girls, forward-thinking organizations have founded programs with the aim to boost their confidence, well-being and success later in life.

Girl. Strong., based in Toronto, works with girls from 6 to 12 years of age, because founder Yollanda Zhang says this is a key age when girls can begin to lose faith in their abilities, but it’s also when girls can establish “a strong foundation and develop as a whole person.”

Zhang has a background in business, engineering and is a high school educator. She saw how girls can stop putting their hands up in class, and how their confidence drops, especially in the areas of science, technology, engineering and math (STEM).

She founded her initiative last year after her grandmother died. “I was overwhelmed with grief and wanted to celebrate her life. She always valued education and she didn’t have the opportunities I had.” As a result, Girl. Strong. is an important way for Zhang to honour her memory by building experiences for girls that her grandmother could only imagine.

The program works on five areas: public speaking; entrepreneurship, STEM and robotics, building a growth mindset (understanding failure as a way to build abilities, rather than seeing one’s abilities as fixed); and strengthening the mother-daughter relationship.

One of the key confidence building activities is helping the girls start a business, the proceeds of which go to a cause of their choice. This includes public speaking and seven-year-old Vanessa Tse recently took on the challenge.

She created a learning kit with items such as an activity book, snack and pencils, and raised $100 to donate to Ellesmere-Statton Public School in Toronto, “for kids who don’t have enough money to buy school supplies, so they can learn.” Raising money required her to speak up and ask her community to make a purchase.

Her mother, Joyce Tse, says by the middle of the program, “teachers came up to me and said [Vanessa] was participating more, [being] more vocal, basically coming out of her shell.”

Taylor Hui was 16 years old when she started the non-profit BeaYOUtiful Foundation in Vancouver in 2013.

“I was cyberbullied growing up, and I had friends who suffered from eating disorders,” she says, adding she realized problems with body image start younger and younger. She saw the need to work with girls 8 to 14 years of age, “[to help] the next generation of girls feel confident.”

She chose this age group because she feels this is “when young girls start to become aware of their body and self-worth … [and] the earlier we can target these topics and affect their self-esteem, the better.”

Through classes in local schools and community centres, the program teaches girls about body image, media literacy, healthy lifestyle habits, mental health and setting achievable goals. These valuable sessions also allows girls to bond and talk with others about their shared experiences.

Mentorship is a key factor in the initiative’s success and mentors range from 18 to 35 years of age. The organization says this small gap in age difference with program participants helps develop trust and compatibility. Guest speakers from different cultures and jobs – including lawyers, dance instructors, scientists and graphic designers – give girls a sense of what they can achieve.

Though body image and confidence are not issues confined to girls (“I would like to start a male division in future,” Hui says), for now, the program is open to anyone who identifies as female.

Rochelle de Goias was studying abroad, and noticed that, when her program in international relations was finished, many of her male classmates had mentors guiding them to the next steps of their careers, whereas the women generally did not.

Though that has changed some in the past 20 years, girls still need that guidance to become the next generation of leaders, de Goias says.

Her post-graduate experience stayed with her, and she started Girls E-Mentorship seven years ago to focus on Toronto-area high school girls facing barriers, such as bullying, mental health issues, financial hurdles or language obstacles, “at a critical point in their lives.”

The organization matches mentors from a wide variety of cultural and career backgrounds with a girl’s interests, and as the participants become alumni, this widens the group’s community and career network. Program ambassadors include Melissa Grelo, a co-host of CTV’s daytime talk show The Social, and Saadia Muzaffar, founder of TechGirls Canada, a hub for women in STEM.

GEMS’s strategy is working and has seen a 25 per cent increase in applications, along with real-life success stories. “I remember a girl [who only spoke Chinese], was severely bullied, never went outside in the playground and didn’t have any friends,” de Goias says. At the end of the year, she became so proficient in English, she won the English prize at her school, found friends through GEM and ran for student council.

The program is focused on 21st century skills, such as goal setting, effective communication and resilience. It works with the University of Toronto to track the impact of the organization in the community. Through self-assessment surveys, de Goias says they have found increases in how respondents felt about themselves. For example, 85 per cent know how to feel motivated, even when their goals seem difficult to achieve and 90 per cent feel confident during an interview.

Planning for the future, de Goias wants to extend GEM to an online program for girls in rural areas. 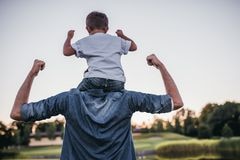 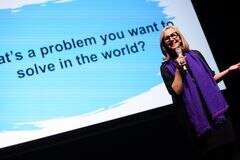