“It seemingly came out of nowhere,” says Tonye Aganaba, while sitting in her home in East Vancouver.

Aganaba is recalling the day in February 2015 when she first suspected something was very wrong with her health. Walking home from work, she began experiencing double vision. In the days that followed, an array of horrific symptoms emerged. Her balance, she says, became “wildly out of control,” requiring her to walk with a cane. Shooting pains seized her arms and legs. Her muscles spasmed and her energy plummeted. She was only 30 years old.

Aganaba was soon diagnosed with multiple sclerosis (MS), an incurable autoimmune disease of the central nervous system. The prevalence of MS in Canada is among the highest in the world, affecting more than 77,000 Canadians who are 20 and older, majority of whom are women, according to the federal government. Symptoms vary from person to person, but may also include weakness along with mood and cognitive changes.

While MS is a devastating diagnosis for anyone, for Aganaba it seemed to signal the end of everything that defined her success as a singer, songwriter and musician. And its timing was especially cruel. Only months before her diagnosis, she had signed to 604 Records, the label and production company co-founded by Nickelback singer Chad Kroeger. Her debut recording for the label, which also manages Carly Rae Jepsen, was imminent and a career breakthrough finally seemed possible.

Instead, her life came to a halt virtually overnight. Loss of feeling in her fingertips prevented her from playing guitar and chronic fatigue forced her to resign from her regular paying job as manager of a popular bar and music venue. One night, while trying to sing in the midst of her ordeal, the funk-soul grooves her band was playing struck her ears as formless noise. MS had disrupted how her brain interpreted music. “It was at that moment,” she says, “that I thought, ‘It’s all gone.’”

But it wasn’t. In fact, Aganaba is a remarkable example of the degree to which those afflicted with MS can gain control over their symptoms and reclaim their life. Following a year-long retreat at a friend’s property on B.C.’s Sunshine Coast, where she explored various treatments and learned to make peace with her condition, she returned to Vancouver in April 2018. She resumed her regular performances and recorded her debut album, Something Comfortable, which she self-released in late October. She also launched AfroScience, a series of performances and workshops highlighting black and Indigenous artistic expression.

Aganaba is dismissive, however, of the notion that her recovery is miraculous. Firstly, she says, MS is a chronic condition and hers is no exception. “I still have bad days. But bad days for me used to constitute, ‘I have to use a cane today.’ I’ve used a cane once in the last eight months.”

She credits luck, medical cannabis, various natural therapies and the maintenance of her mental health with helping her manage the disease. While some may find it reductive to suggest a mind-over-matter attitude can help MS patients, for her it was key. “The biggest thing is whether I can keep my head straight because it’s the psychological aspect of this disease, more than anything, that takes me out of commission,” she says.

In being upfront about her condition, both onstage and in interviews, word about Aganaba has spread among others affected by MS. She says she’s approached all the time by people who share her condition. “I’m not an advocate for any organization; I’m an advocate for myself. I use every opportunity to bring my experiences into everything I do. It’s there in my music, it’s there in my performances.” The entirety of Something Comfortable was written during her recovery, and largely has to do with her relationships and expanded emotional spectrum in the aftermath of trauma.

“Tonye is an inspiration,” says Buckman Coe, a fellow Vancouver musician who has shared stages with Aganaba for years. “Her music transcends her MS, but she absolutely inspires those who share her condition. She deals with it in part by being real with her audience about her struggle,” he says. “She shows up to a performance and gives it everything, whether she’s able to dance around the stage or she needs to lie down.”

Jillian Christmas, a multidisciplinary artist and educator who has organized multiple performing arts festivals in Vancouver, describes Aganaba as “a force for healing and care in the community, from offering hard-earned advice on restoration and burnout prevention, to simply reaching out to friends with gentleness and consistency. She creates room for people to be authentic and self-nurturing because she leads by example.”

“It’s not a death sentence,” Aganaba says of MS. “It’s a call to action. It’s a series of decisions I have to make in order to have a happy life. I can still show up in the world and be creative.” How boxing powers up your body, mind and spirit
November 1, 2019 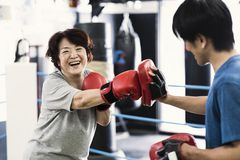 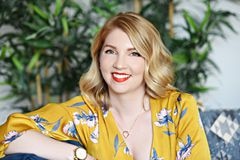