The U.S. Elections Dialogues: An event series from The Globe and Mail

The 2020 U.S. election is shaping up to be the most consequential in recent history. The coronavirus remains a significant health concern, the economy is teetering, and the country’s global reputation has suffered. The world will be watching closely, hungry for information about the impact of a win by either side and how it will affect America’s future.

This fall, The Globe and Mail, in partnership with BMO, is hosting three virtual events in the lead-up to the U.S. presidential election. These U.S. Election Dialogues will bring together some of the brightest minds in politics, policy and journalism to join The Globe’s award-winning reporters in a series of live discussions and debates about what this election will mean for the future of the United States, and the impact the country’s trajectory will have on the rest of the world.


PART 3 A journalistic perspective on the 2020 U.S. election

In the final chapter of the U.S. Election Dialogues series, The Globe and Mail’s U.S. Correspondent, Adrian Morrow, was joined by a prestigious group of veteran political reporters to provide a journalistic perspective on the November 3 presidential election.

The conversation addressed many pressing issues facing the journalism profession in 2020, including the role of objectivity in reporting on contentious topics, public trust in the media, the rise of social media, and the effectiveness (or ineffectiveness) of relying on polling to gain an understanding of the voting populace.

All three panelists have covered politics since the 1970s, and have been fully immersed in the administrations of the prime ministers and presidents that have led Canada and the U.S. in the decades since. All agreed that we are in the midst of an unprecedented moment, both under the administration of U.S. President Donald Trump, and in witnessing the cultural and political divides currently facing American society. The three guests also had many interesting anecdotes to share, from Robert Fife’s coverage of both the NAFTA and USMCA treaties, Judy Woodruff’s coverage of every U.S. president since Jimmy Carter, and Bob Woodward’s experiences at The Washington Post, including a telling letter he once received from legendary Post publisher Katharine Graham. Be sure to watch the conversation in full, included above.

Want another way to catch up on this event? 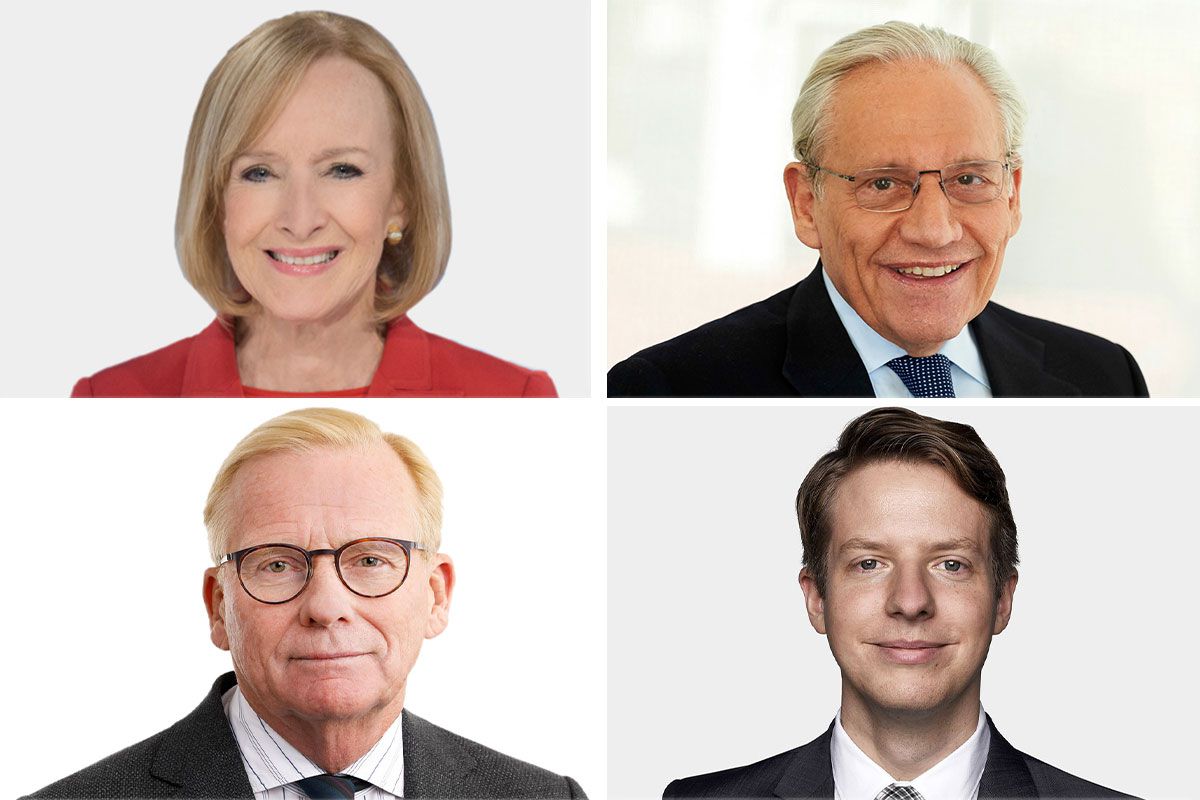 Reporting in the age of Trump: How journalism can overcome misinformation and restore trust in the media

Catch up on the key points discussed by Bob Woodward, Judy Woodruff and Robert Fife in their conversation with Adrian Morrow.

For Part 2 of the U.S. Election Dialogues series, The Globe and Mail’s Senior Business Writer and Columnist Rita Trichur was joined by former director of the U.S. National Economic Council, Gary Cohn, to discuss the potential economic impacts of the upcoming American presidential election. The discussion included a broad look at the economic turmoil currently facing the United States and the global economy at large in the midst of the COVID-19 pandemic.

When asked about his primary concerns in launching a successful economic recovery in the wake of the virus, Mr. Cohn noted that his greatest worry pertains to the recovery of small and medium-sized businesses in the U.S. “I’ll remind everyone that small businesses account for more than 50 per cent of the jobs in America,” he noted. “We’re going to have to get small businesses up and going again if we want any hope of a real, sustained economic recovery.”

The conversation also included Mr. Cohn’s take on several popular audience questions, including his views on the potential economic impacts of a Democrat or Republican election victory, and whether concerns over a peaceful transfer of power following the election are warranted.

As a former top economic advisor to President Donald Trump, Mr. Cohn also spoke to the tax and regulatory reforms implemented under the current White House administration, and what the future of financial regulation, including the activities of the Federal Reserve, might look like as the country struggles with an unprecedented level of national debt. Be sure to watch the conversation in full, included above.

Want another way to catch up on this event? 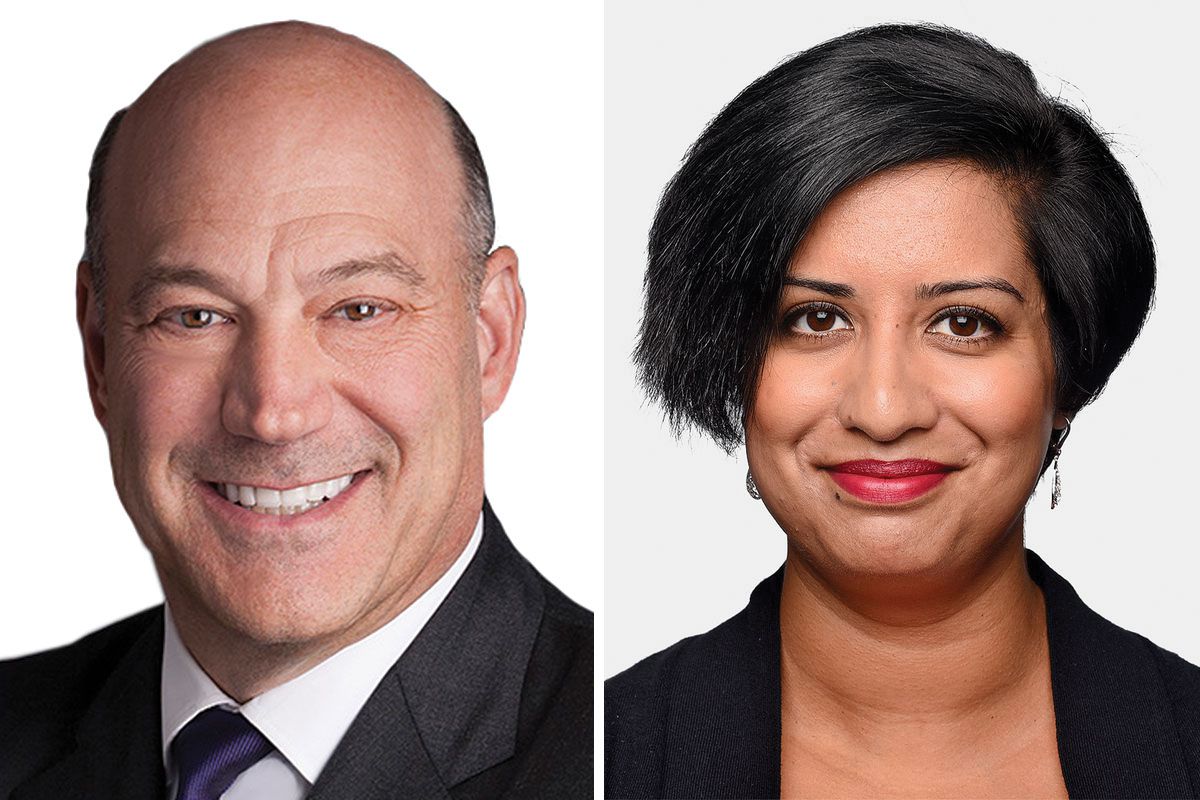 The key to economic recovery will be small businesses – a vaccine is just a bonus, says former Trump advisor Gary Cohn

Catch up on the key points discussed by President Donald Trump's former economic advisor in his conversation with Rita Trichur.

PART 1 The historical significance of the U.S. 2020 election

This replay was originally broadcasted on October 1, 2020. Replay expired November 4, 2020.

The Globe and Mail’s international affairs columnist, Doug Saunders, sat down for a remote discussion with renowned presidential historian and Pulitzer Prize-winning author Doris Kearns Goodwin, whose most recent book, Leadership in Turbulent Times, draws on five decades of her research into the presidencies and crisis responses of Abraham Lincoln, Lyndon B. Johnson, Theodore Roosevelt and Franklin D. Roosevelt.

The scope of the conversation was broad, as Goodwin and Saunders discussed many hot-button topics for the 2020 election, including the nomination process to fill the Supreme Court seat of the late Justice Ruth Bader Ginsburg, and the historical and present role of the Electoral College in the American voting system.

Among the dozens of audience questions received in advance for Goodwin, one of the most popular themes to emerge was whether the 2020 U.S. election, which feels like an unprecedented moment in history, is really as unique as it seems in the present moment. While the coronavirus continues to claim thousands of American lives, and controversy over mail-in ballots and the likelihood of a definitive electoral result on November 3 continues to swell, Goodwin offered a reminder that the United States has found itself in similarly uncertain and tumultuous circumstances in the past.

“It does feel to many of us as if [the present moment] is unprecedented, but… we have been through situations in the past where an incumbent was running in the middle of a crisis,” said Goodwin. In these moments of crisis, the candidates’ leadership styles seemed to be the deciding factor for American voters. For example, as the incumbent in the election of 1864, against a backdrop of political turmoil and violence brought on by the Civil War, Abraham Lincoln ran on a platform of reconciliation that managed to see him through to reelection. But in 1932, incumbent Herbert Hoover was unable to convince the electorate that he could steer the country through the Great Depression. He was defeated by Franklin Delano Roosevelt, a candidate who seemed to embody leadership, and gave American voters a great deal hope with his plans to pull the United States out of a deep economic recession.

“The candidate of President Trump is unprecedented,” added Goodwin. “We’ll see what happens during the election, but my guess is that leadership will still be the central factor, as it was in 1864, [and] as it was in 1932.”

Goodwin shared many other fascinating insights and anecdotes throughout the interview, including the story of an evening she once spent with Bill and Hillary Clinton in the White House, searching for a room where Winston Churchill once slept. Be sure to watch the conversation above. 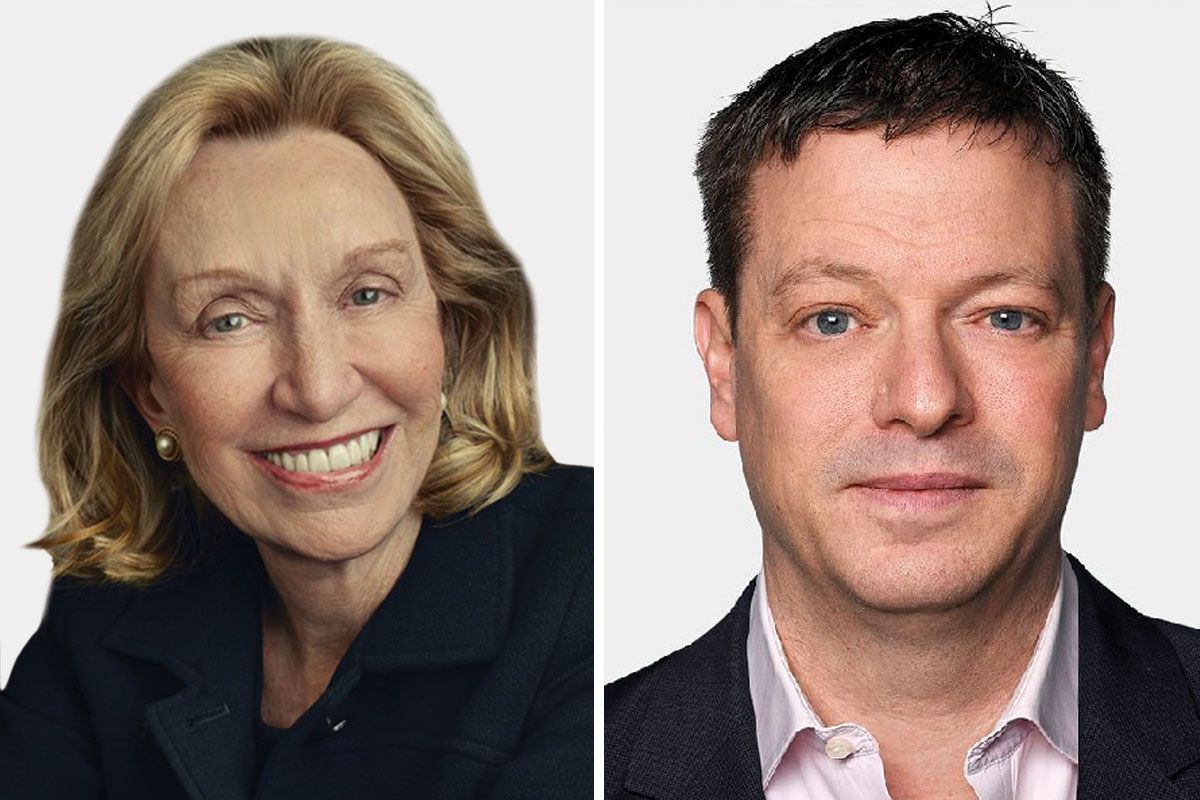 There are still reasons to be optimistic about 2020 U.S. election, says Doris Kearns Goodwin

Catch up on the key points discussed by the presidential biographer in her conversation with Doug Saunders.


About The Globe and Mail U.S. Election Dialogues

As the United States' closest trading partner, Canada has a large stake in the results of the upcoming U.S. election on November 3. That's why leading up to the date, The Globe and Mail is hosting three exclusive invite-only webcast conversations featuring some of the most informed and interesting people in the United States, including Gary Cohn and Bob Woodward. These conversations are also being made available to the public post-event in podcast form.