The physical distancing era brought on by COVID-19 has been brutal for businesses that rely on people getting out and about, while many companies providing products and services centred around stay-at-home activities are seeing a surge in sales.

Many economists are calling it a “K-shaped” recovery, where different parts of the economy bounce back at different speeds and magnitudes. For Canadian exporters on the upper arm of the recovery, in areas such as food and agriculture, e-commerce, information and communication technology, and health care, experts say it’s a chance to seek new opportunities and expand into new markets.

Canada has a good reputation in international markets and exporters should take advantage of that, says Douglas Kennedy, RBC managing director at the Centre for Global Enterprise at York University’s Schulich School of Business.

“The Canada brand might have more value than it did a year ago,” Mr. Kennedy says, citing factors such as reliability in trade relations, rule of law, cultural openness, and high product safety standards.

''If companies [looking to export] haven’t done it already, now would be an ideal time to figure out how they’re going to engage with the 98 per cent of the global economy outside of Canada," he says.

Peter Hall, vice-president and chief economist at Export Development Canada (EDC), points to economic data his organization recently put together showing Canadian food exports have spiked in recent months to about 130 per cent above pre-pandemic levels.

“I’m super bullish on food and food production,” Mr. Hall says, and not just because of the surge in demand during COVID. “It’s going to last beyond COVID because the global need for food is enormous. It’s being driven by the rise of the emerging market middle class.”

Mr. Hall says companies in these and other in-demand sectors amid the pandemic need to be prepared for the potential of additional growth in export sales, including in new international markets. For companies with physical goods, that means having enough warehouse space to store and ship inventory quickly as well as securing a reliable supply chain.

“This is a time when reliability is under the microscope,” he says. “If you can prove yourself to be reliable, then people will stick [with] you.”

It also means having a dependable online strategy that provides a good customer experience.

“If you haven’t digitized what you are doing, then you’re missing out on a lot,” Mr. Hall says.

William Polushin, a senior business advisor with the Business Development Bank of Canada (BDC), says “readiness” is critical for new and existing exporters.

“For some, the challenge isn’t the product, but how quickly they can organize themselves to take advantage of [international markets] ... and their capacity to deliver,” Mr. Polushin says. “That’s where we’ve seen the pain points. It’s not that [companies] can’t address them… it’s about having the staying power.”

While the United States is a logical market for many Canadian exporters given its market size, proximity to Canada, and similar business environment, Mr. Polushin encourages companies to look at targeted opportunities in other international markets such as Europe, Southeast Asia or Latin America, that make sense to their business.

“Often, companies get mesmerized by the big markets, but what they really need help with is understanding which market is best to devote the time, effort and resources – financially and organizationally — to penetrate these markets,” he says.

For exporters focused on bigger markets, Doug Stephens, founder and president of the Toronto-based Retail Prophet consultancy, recommends China given it has the world’s largest population of about 1.4 billion people and a rapidly growing middle class. He also notes that consumer spending has become a key driver of the Chinese economy in recent years.

“If you’re a Canadian retailer, you’re talking about a market in China that’s unfathomable in its scale and scope,” Mr. Stephens says, while citing options for exporters such as selling on China’s giant e-commerce site Alibaba.com.

He describes the Canadian market as “lukewarm,” and the U.S. market as “chaos,” particularly given the recent trade wars.

“But China’s economy has been incredibly resilient,” including through the pandemic, he says. “Fish where the fish are.”

Mr. Stephens also says some Canadian products may be viewed with hostility in the U.S. under the administration of President Donald Trump.

“They may be looked at as products that are hurting an American business,” he says. “You have that up against you; whereas, in the Chinese market, things from the West are regarded as being premium and welcomed with open arms. The Canadian brand could come with more cache for the Chinese consumer than it might for the American consumer that’s looking at your product like the thing that just took their kid’s job away.”

But before entering China, the U.S. or any other international market, Mr. Stephens urges businesses to get to know the culture and any potential for their product to be misunderstood. Mr. Stephens cites Home Depot’s foray into China, which isn’t known for its do-it-yourself home renovation trend like in North America. There are also threats of having your product copied, he says.

“You have to go into it with eyes wide open, but now is the time to do the work. We have this time out from normal business to start establishing these platforms,” he says.

Mr. Kennedy of Schulich says not all companies are export-ready or have products or services that easily lend themselves to exporting. Still, he says there are many ways for companies to get involved in international markets, such as building an international supply chain to reduce costs, finding a joint venture partner “to help crack open a challenging market,” or generating revenue from brand or intellectual property licensing. Companies might also consider strategic investors from abroad to support the business in that country as well as other international markets.

Before going into a new country, Mr. Kennedy recommends businesses tap into the free advice and resources offered by government agencies like EDC or the Trade Commissioner Service. Businesses should also get in touch with relevant associations, for example, the Canada-ASEAN Business Council, if they’re focused on exporting to Asian nations such as Indonesia, Malaysia and the Philippines.

“Build a network of expertise, mentors and people you can sound out your ideas with,” Mr. Kennedy says. 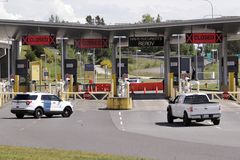 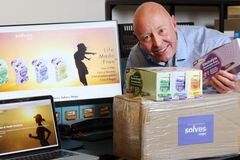