Tamara Robbins Griffith refers to her husband’s sourdough starter as “the other woman,” for the care and attention it commands. “He will stop a show we are in the middle of watching to go do something with it. He has all these alarms go off that signal something needs to be attended to,” she says. Not long ago, Edward Griffith brought a batch of sourdough to their child’s baseball game and snuck out between innings to give it a quick knead and fold in the trunk of the family car.

“It was a necessity of timing,” he says.

Robbins Griffith is no stranger to fermentation herself. She brews her own kombucha, an effervescent fermented tea ubiquitous on juice bar menus and in upscale supermarkets. However, she says, her kombucha is less of a demanding romantic partner and more of a low-maintenance pet: “A SCOBY [kombucha starter] is the cat of bacterial cultures.”

Fermenting on the rise

The Toronto couple are part of a growing number of Canadians who include fermented and probiotic foods in their diet. The presence of fermented foods increased 149 per cent on restaurant menus in 2018, according to U.S. restaurant-management software company Upserve. Agriculture and Agri-Food Canada reports the global market for probiotics hit US$31.9-billion in 2017 and is expected to exceed US$50-billion by 2026. North American growth is projected at 6 per cent between 2019 and 2022. Globally, the Canadian marketplace was second only to the U.S. for the number of probiotic packaged foods launched between 2013 and 2017.

What’s driving demand? For one, the purported health benefits. Studies have shown that consumption of fermented foods is associated with a reduced risk of type 2 diabetes, metabolic syndrome and heart disease along with improved weight-management. In addition, many (but not all) fermented foods contain probiotics or live microorganisms beneficial to gastrointestinal or gut health.

“If you have issues such as irritable bowel syndrome or recurrent urinary or vaginal infections, there are probiotic strains specifically shown to help these conditions,” says Gregor Reid, professor of microbiology, immunology and surgery at Western University in London, Ont., and endowed chair in human microbiome and probiotics at Lawson Health Research Institute.

But why take a DIY approach when so many products can be found on store shelves? The answer: better quality-control. “Food might be fermented, but not all products are then sold with viable organisms. Many products are pasteurized and, therefore, have none,” Dr. Reid says. “In general, lactic-acid bacteria and yeast that ferment foods leading to yogurt, kimchi, kombucha and sauerkraut, should produce a safe product, as fermentation and acidification kills most pathogens.”

Dr. Reid spearheaded Fermented Food for Life, a Western University-led program that teaches yogurt production to women in Tanzania, Uganda and Kenya as a means of addressing rural poverty and malnutrition. The nutritionally dense and easy to make staple has improved the daily diets of over 260,000 people in the program’s area.

A sense of connection

Even in an affluent country like Canada, there’s a sense of security that comes from making your own food, says Ami Dehne, founder and former owner of Minga Skill Building Hub in Guelph, Ont., which holds sourdough-baking workshops alongside a roster that includes hog-butchering and wild-mushroom identification and foraging.

Dehne is a firsthand witness to the booming demand. “I think people have felt disconnected from their food, and there’s a revived interest in making food including sourdough-baking, fermenting or home brewing because of an internal longing to be more connected to what we are consuming,” she says.

Many makers agree social connections are part of the DIY fermenting experience. Edward Griffith belongs to sourdough-baking groups on social media, and his wife says online communities have been invaluable in her kombucha practice. “When I ran into problems early on in my brewing, and even just to get started, there were tons of people who would chime in with suggestions,” Robbins Griffith says.

“I feel like brewing has connected me to my own neighbourhood community, as there is a real pay-it-forward culture with kombucha SCOBY. They grow quickly, and most people who brew on a regular basis have more [starters] than they need. So it’s always nice to pass it along to someone else and help them out. I’ve given away at least 10, and when I ran into trouble, I have received new ones from friends, family and neighbours. I’ve never had to pay for a kit,” she says.

Griffith has spent five years analyzing countless sourdough loaves in pursuit of his ideal and says his interest is both spiritual and technical. “There’s something elemental about sourdough because it’s flour, water, salt and then this natural yeasty bacterial concoction I developed from thin air. You combine these things, and it’s magical, this transformation,” he says. “I love that it is our everyday bread. It’s so gratifying for me that I can make this food for my family.” 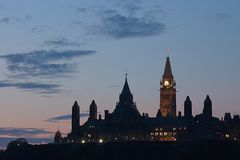 These 2017 profiles of millennial financial success and struggle caught your eye
December 28, 2017 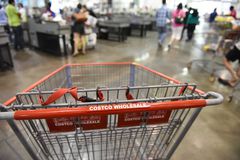