You’re walking along a path when a long-time ice cream seller pulls up on his mountain bike, unhitches his freezer and puts up a sign that reads: “Ice cream cones, $12 each.” A few seconds later, another long-time vendor sets up shop. Her price: $6 for the same-sized cone with the same choice of flavours. Not surprisingly, a line forms for the cheaper treats.

Strangely, investors rarely do the same.

Consider the choice between a higher-valuation U.S. stock ETF and a cheaper emerging-market stock ETF in today’s market. Most investors look at recent past returns, while ignoring the current price.

Sonny Wadera, an adviser with Manulife Securities, says piling money into recent winners “is often a big mistake.” He points to the period from 1990 to 1999, which he says was the last time U.S. stocks “trounced emerging-market shares.”

While nobody can consistently predict how stocks will perform, economist Robert Shiller’s cyclically adjusted price-to-earnings ratio, commonly known as CAPE, has been a useful guide. The CAPE measures inflation-adjusted earnings over several years and compares those average earnings with current price levels.

“When the Shiller CAPE is lower, expected stock returns are higher,” according to Benjamin Felix, a portfolio manager at PWL Capital Inc.

Shiller’s research shows that when a stock market is trading far above its historical average CAPE level, poor returns usually follow for the decade ahead. When stocks trade far below their average CAPE, it usually bodes well for the next 10 years.

It’s important to note, however, that Mr. Felix and Mr. Shiller aren’t talking about predicting next year’s performance. CAPE ratios have strong correlations with future decade-long returns, but they aren’t strong predictors of next year’s gains or losses. No reliable measurement can guess such things.

However, the last time U.S. stocks were priced this high, they sputtered for a decade, while emerging markets soared. That’s why emerging markets might be poised for another decade-long win.

As of early June, the Vanguard U.S. stock market ETF (VUN) had a barrel-scraping dividend yield of just 1.41 per cent. That’s as crazy as a $50 ice cream cone. Only four calendar years saw lower dividend yields: 1998, 1999, 2000 and 2001. Each year represented a high CAPE level and a lame decade ahead for U.S. stock returns.

Dividend yields are usually highest in developed-market shares, but today’s emerging-market yields put U.S. yields to shame. For example, the Vanguard FTSE Emerging Market ETF (VEE) sports a dividend yield of about 3 per cent. That’s more than twice the yield on a broad U.S. stock ETF.

This doesn’t mean you should pile everything into an emerging-market ETF and shun U.S. funds. Instead, it means investors should diversify. If your portfolio includes individual ETFs, set a target allocation for Canadian stocks, U.S. stocks, developed international stocks, emerging-market stocks and bonds. Then stick to the allocation, year after year. Ignore all forecasts and economic news.

If you’re adding money every month, buy what’s required to maintain your goal allocation. If, at the beginning of 2020, you had a globally diversified portfolio aligned with your goal allocation, then during March and April, you should have been adding money to your Canadian and emerging -market stock ETFs. During the COVID-19 market crash in March, these ETFs fell the most, which means they required the biggest boost.

I added money to Canadian stocks in March. In April and May, I added to my emerging-market ETF. No, I wasn’t trying to time the market. I was just maintaining my goal allocation.

If you’re investing in a diversified portfolio of individual ETFs, you might want to do the same. Just don’t be afraid of emerging markets now. They might represent the world’s best deal. 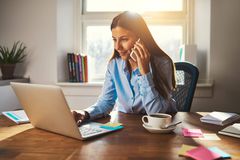 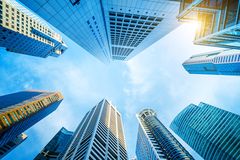 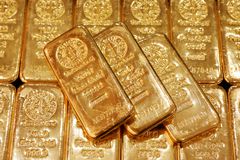