Horror films warn us about the dangers of zombies – the walking dead – and so do investment advisers, referring to ‘zombie ETFs,’ which are exchange-traded funds with smaller assets, low liquidity and are at risk of closing.

But some zombie ETFs – despite the catchy term – should not be feared, says Daniel Straus, vice-president of ETFs and financial-products research at National Bank Financial Inc.

“I partially contest the designation of zombie ETFs because it has negative connotations that I wouldn’t necessarily want to impart in all situations,” Mr. Straus says.

“’Zombie’ gives the idea of something you should generally run away from,” he adds, “but that’s not necessarily the case with some of them – they may be just ‘sleeping,’ or be ‘ugly ducklings’ because you never know which ones will become a beautiful swan over time.”

The iShares Jantzi Social Index ETF (XEN), launched in 2007, is an example of a zombie ETF “coming back from the dead,” Mr. Straus says.

“It’s one of the older ETFs out on the market, and for more than 10 years, it hovered in assets between $20-million to $30-million. It never really saw a major uptick, but in the last number of years it seemed to pass some sort of inflection point.”

Today, XEN has assets under management (AUM) of about $160.8-million. Its management expense ratio (MER) is 0.55 per cent. The ETF has lost about 16 per cent over the past year. (All performance data is from Morningstar as of market close on March 11.)

Another fund that sloughed off the zombie designation is Invesco Ltd.’s Powershares Canadian Dividend ETF (PDC), launched in 2011, after spending three years with AUM of around $30-million. Now, PDC has assets of around $600-million and is in the top quartile in its category, according to Morningstar. Its MER is 0.55 per cent. The ETF has lost 8 per cent over the past year.

Generally, funds with less than $50-million in assets that have been around for at least three years or more and have low trading volumes are more likely to be targeted for closure, says Yves Rebetez, chief investment officer for Pascal Financial.

However, even if a fund has reached beyond those figures it's “not necessarily a guarantee of longevity,” Mr. Rebetez says.

“The industry is more inclined to ensure that it cleans things up every now and then,” he says, adding that fund companies often take a look at their overall portfolio and close funds that aren’t performing as well as others.

For example, Invesco announced in late 2019 that it was shutting 42 ETFs in February, and the funds had a range of sizes and strategies. That came after Invesco bought OppenheimerFunds Inc. in October, 2018.

“ETFs can get caught up in a wave of closures,” Mr. Rosenbluth says.

New ETFs are opened and closed regularly as the industry tries to be innovative and create investment products that grab investors’ attention, Mr. Rebetez says.

“There are new ETFs that pop up all the time,” he says, but that also means that “a lot of these products have this challenge of reaching critical mass.”

The other issue is that the industry is “top-heavy,” Mr. Rebetez says, and the biggest players and funds lure in the most cash. The first company to launch a new product also has first-mover advantage, making it much harder for similar products launched later to gain the same interest.

One example is the recent announcement from Evolve Funds Group Inc. that it was closing its Evolve Marijuana Fund (SEED) at the end of March, alongside a couple of other funds. The fund, launched in February, 2018, now has just $2.6-million in assets despite targeting the hot cannabis investment market, which has struggled since 2019. Its MER is 1.13 per cent and the fund has lost about 70 per cent over the past year.

It was overshadowed by Horizons Marijuana Life Sciences ETF (HMMJ), launched in April, 2017, which has about $305-million in assets, an MER of 0.86 per cent and has lost about 70 per cent over the past year.

“That speaks to the challenge for issuers – when they come up with the second or third or fourth iteration of what might have been a good idea at one point – is that are they going to reach scale,” Mr. Rebetez says. Evolve also announced it was closing the Evolve North American Gender Diversity Index Fund (HERS) and the Evolve U.S. Marijuana ETF (USMJ).

“The ETFs that tend to be closed are more niche-oriented,” and they just aren’t able to interest enough investors, Mr. Rosenbluth says. Another fund slated to close in March is the Janus Obesity ETF (SLIM-Q), launched in June 2016, which invested in health-care companies on the Solactive Obesity Index. It has about US$11.6-million in assets and an MER of 0.35 per cent. Its one-year return is about 15 per cent.

“People could certainly agree that obesity is a problem and needs to be dealt with, and there may be an investment case for it, but it didn’t resonate well with investors,” Mr. Rosenbluth says.

But some niche ETFs do well, such as those in the robotics or cybersecurity space, he says, citing at least three examples with assets of more than US$1.25-billion.

What does an investor lose if an ETF they own closes?

“Termination or closure is not the worst possible outcome of your investment,” Mr. Straus says. “It’s annoying, and it could have tax consequences in a nonregistered account as it’s treated as a disposition or a forced sale, [but] you get your money back, so it’s not a true risk of capital.”

While investors shouldn’t necessarily take a flyer on a new ETF, “I don’t want to say that just because an ETF is small that it has termination risk,” says Mr. Straus, noting that most new ETFs start out quite small with about $5-million in seed capital. Many investors won’t look at a new ETF and will wait until it passes a one- or three-year anniversary first to examine its track record.

“If you shy away from a brand-new ETF that’s small, you might be missing out on an opportunity,” he says.

Analysis
Can value-stock ETFs offer some refuge in a market crash?
September 8, 2020 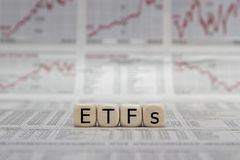 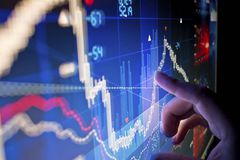 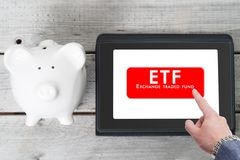