When Calgary teacher Dana Kolubinski bought her first house in 2012, her parents kicked in for the down payment. They insisted on it; their own parents had helped them, and they wanted to pay it forward.

As a working adult with her own salary, "it does feel weird," says Ms. Kolubinski, 28. But saving for a down payment is tough these days – especially for early-career millennials renting in high-priced cities.

Her parents helped out with her brother's first home, too. "You feel almost guilty," she says. "But they were very happy to see us find a place, thrive, and have an investment to help set us up for the future."

Buying a first home, especially in urban centres, can feel like a two-fold race against time: first to save for a down payment, then to get into the market before prices escape reach. In the past few years, a significant chunk of prospective first-time home buyers – many of whom are millennials – have been turning to, or at least hoping for, family help to get there faster.

Bank of Montreal conducts annual surveys of first-time home buyers, and has found in recent years that nearly half of young potential buyers expect a loan or gift from family. This year, the bank found that 44 per cent of millennials expect to depend on parents or family for some or all of their first home purchase.

That's down from 52 per cent of millennials expecting family help in 2015. In BMO's 2013 survey, however, just 28 per cent of millennials suggested they would ask parents for financial assistance. The bank used different wording to ask these questions in different survey years – but, says Sameh Elrefaei, BMO's managing director of personal lending products, "research shows it's an increasing trend."

This shouldn't be alarming, Mr. Elrefaei says. With housing markets so hot, especially in Vancouver and Toronto, "I think it's a natural thing for people to seek help from family."

Forty-two per cent of the 2,079 millennials surveyed by BMO in 2016 said it was difficult to find an affordable home where they wanted to live. The average expected price for a first home varied across Canada, with a low of $234,735 in Quebec and a high of $478,113 in British Columbia.

Commenting on the survey, BMO Nesbitt Burns Inc. senior economist Robert Kavcic pointed out that in the 1980s and '90s, young buyers had their pick of older homes on larger suburban properties, but these are no longer as widely available, leaving condos and townhouses the new "affordable" first homes.

As much as everyone would like a detached home of their own, Mr. Elrefaei tells The Globe and Mail, "when you take affordability into account, a condo is much more accessible."

Paul Taylor, chief executive officer of Mortgage Professionals Canada, says that gifts from parents has long made up a significant chunk of first-home financing, but that "it seems to have trended upward slightly."

New mortgage rules have come into place requiring a minimum 10-per-cent down payment on the cost of a home over $500,000, rather than the usual minimum 5 per cent. While first-time buyers in most markets won't aim that high, they may have to in Toronto or Vancouver, Mr. Taylor says – meaning they will either have to save longer for a down payment or turn to the Bank of Mom and Dad.

Atrina Kouroshnia, a Vancouver mortgage broker, says at least 35 per cent of first-time home buyers she has worked with this year have received a gift. Buying behaviours have shifted as the local market skyrocketed over the past few years, she says. "People who were on the fence before with tighter budgets are going overbudget because they're afraid of not getting into the market at all if they wait any longer."

But Ms. Kouroshnia, who previously lived in Ontario, says she has seen a surprising savings culture among B.C. millennials. "They tend to live at home longer, working full-salary jobs," she says. Much of the parental assistance she has seen has been to help her clients reach the crucial 20-per-cent down payment mark to avoid mortgage loan insurance.

When it comes to getting assistance in buying, Mr. Taylor says, "it's probably a whole lot better to be in a loan arrangement with a family member than a financial institution," since it's more likely to be interest-free or forgiven.

Mr. Elrefaei, meanwhile, suggests avoiding loans altogether – even from family. A financial plan should come before home ownership, and affordability should fit into that plan. "When we do an assessment, we're making sure the debt you're taking on is affordable and you can make the payments," he says. "If it's coming from your parents, [make sure] it's actually a gift and not an additional liability." 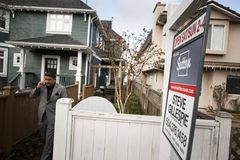 Your big-reno team should include your mortgage lender
May 25, 2016
You shouldn’t always take the maximum mortgage that’s offered
May 25, 2016
Follow Josh O’Kane on Twitter @joshokane
Report an error Editorial code of conduct
Due to technical reasons, we have temporarily removed commenting from our articles. We hope to have this fixed soon. Thank you for your patience. If you are looking to give feedback on our new site, please send it along to feedback@globeandmail.com. If you want to write a letter to the editor, please forward to letters@globeandmail.com.
Comments