I'm driving the new Corvette C7 Stingray convertible south through Detroit. Wind is blasting past the open top, the 6.2-litre V-8 is crooning its mechanical melody, and I'm thinking about the best obituary I ever read.

That would be for Bodacious, a bull who was commemorated as the baddest rodeo animal of all time. By the time of its death, 135 cowboys had tried riding it. Only six stayed on. Bodacious was a 2,000-pound chunk of muscle with cloven hooves and veins that protruded on its flanks like garden hoses.

The new C7 reminds me of it. The Corvette fires itself down the road like Bodacious out of the gate, and its body bulges around the massive tires and the Corvette's Hammer of Thor engine – 460 horsepower gets your attention.

This is a fast, beautiful car. The only problem: it's a Corvette. For car buffs who came of age when I did, the marque definitely comes with baggage. The Corvette has always struck me as a car for guys who are trying to compensate for erectile dysfunction, male pattern baldness or automotive performance anxiety.

Subtlety hasn't been its strong suit. This is a car that solves the performance problem with brute force – challenging a Corvette is like going to a fencing match to discover that your opponent is armed with a double-barrel shotgun.

And yet, I have to admit that this seventh-generation Corvette is really something. The cockpit wraps around me like a glove and the shifter flicks up through the gears with Swiss-watch precision. You could buy three Corvettes for the price of one Ferrari.

The C7 adheres to a classical American formula – jam a big V-8 into a small car, and hang on for the ride. But this time, the package includes truly sophisticated engineering – magnetic-ride suspension, an aluminum space-frame chassis and a rear-mounted transaxle. Its sheer power is addictive.

Could the C7 make me a fan at last? We'll see. Ahead of me is a week-long journey that will take me deep into the heart of Corvette country.

I have spent two hours trying to maximize my fuel economy. I'm using a feather touch on the throttle and I've switched the Corvette into Eco mode, which deactivates half the cylinders when they're not needed. According to the on-board computer, I'm doing better than 7.8 litres/100 km.

Then it strikes me – I'm driving a Corvette C7 like a Prius. I switch back to Track mode. The shocks stiffen, the exhaust note deepens and the throttle reacts like a 460-horsepower hair-trigger. My fuel mileage drops to 9 litres/100 km.

I pull into a fast-food restaurant and, as I study my bill, I notice that the teenaged cashier has given me a seniors' discount. I have saved 58 cents, but it comes at the expense of my pride.

This is a depressing statistic. The C7 was designed to bring in a younger fan base, but I am obviously lumped in with the older crowd. Then I realize that the four young women staffing the restaurant (including the cashier who gave me the discount) are standing beside my table.

"Is that your car?" the cashier asks.

I tell her it is.

I demur, telling the girls I have to be somewhere. The truth is that I don't think the locals would be happy about their teenage daughters being driven around by an out-of-town stranger who qualified for a seniors discount.

Even so, the C7 has restored my vanity.

The parking lot of the National Corvette Museum is big, and it's packed. The Corvette has quite a following and rolling up in the latest C7 makes me an instant celebrity.

I spend hours at the museum contemplating the displays and marvelling at how far the Corvette has come since its inception. The Corvette's journey can be compared to that of America itself, with alternating periods of greatness, banality and utter ignominy.

The Corvette was introduced in 1953 as a stylish but underpowered convertible. The second-generation (C2) Corvette arrived in 1963. This was the legendary Stingray, which epitomized postwar American style and engineering. Steve McQueen had a 1966 model. So did Beach Boys co-founder Brian Wilson. The Corvette was the preferred ride of several U.S. astronauts, who enjoyed rock-star status in the days when America was reaching for the moon.

But the Corvette's ride was not a smooth, upward arc. If the Corvette were an actor, it would be Matthew McConaughey, who arrived in a blaze of sex appeal and dramatic promise, only to descend into a long period of farce.

The Corvette and McConaughey both had terrible middle periods. McConaughey was typecast in a series of bad romantic comedies, and was best known for sprinting around California beaches with his shirt off (People's Sexiest Man Alive 2005). And the Corvette's nadir was its third redesign, which hit the market in 1968 as the C3.

The C3, which stayed in production until 1982, arrived as U.S. car makers entered a dark age of foreign competition and corporate drift. The C3 was an underpowered, over-styled cartoon of a car that became known as the "Coke bottle" Corvette thanks to its exaggerated shape. The iconic Stingray was gone, replaced by a car that resembled a steroid-abusing weightlifter packed into a pair of jeans three sizes too small.

Later Corvettes like the C5 and C6 toned down the styling, and their performance was far better than the C3 (many C3s provided little more performance than a Caprice family sedan). But the reputation damage was done.

This was a ride for guys whose tastes ran to gold chains, Hai Karate aftershave and strip clubs.

I've been driving the Corvette for a week. Never mind the history and emotional freight – the C7 is a great car. And now I'm ripping down one of my favourite mountain roads. This is a place where handling is everything – you need telepathic steering, powerful brakes and lightning-fast transient responses. The C7 has it all. This is a car that can compete with Porsche and Lotus on a twisting road.

Rocketing into a tight downhill right-hander, I brake hard and shift down two gears – the C7 is a seven-speed manual, but it has a rev-matching feature that makes downshifts easy. According to the onboard performance system, I'm pulling nearly one G of cornering force, but the Corvette handles it beautifully.

The telephone and the Internet have changed the world of business forever. I'm at a place that shows how odd and interesting the global village can be. Vintage Corvette is a world-renowned restoration and sales operation that operates in the middle of nowhere.

Owner Greg Wyatt gives me a tour. His showroom and restoration shop are spotless, and he has dozens of immaculate cars. His is a word-of-mouth business.

Wyatt is a Corvette connoisseur, and has owned or driven every model. His favourites have always been the late 1950s cars and the 1960s Stingrays. But now he has a brand-new C7 convertible that's almost identical to the one I'm driving. "This is the best Corvette ever built," he says. "Hands down."

My odyssey is over. I've racked up nearly 4,000 kilometres, and driven through a Georgia heat wave and a snowstorm on top of a Kentucky mountain. And I have finally encountered a Corvette that I would actually buy. With the C7, the Corvette has left behind the gold chains, bad aftershave and Fu Manchus. The Corvette was once the great American sports car. And it is again. Long may it reign.

Those who forget the lessons of winter are doomed to repeat them
May 12, 2018 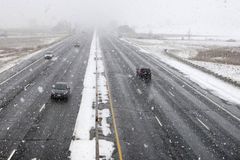 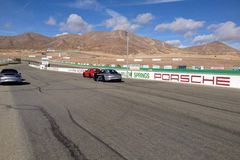