The life of a car reviewer involves pitfalls. Namely, you are a professional sybarite: Each week, a hot new machine is thrust upon you. It's great at first, but after you've driven every car you ever dreamed of, a strange ennui sets in – another day, another Lamborghini.

So you'll understand my initial reluctance when I got the opportunity to drive the Pagani Huayra BC. The Huayra is made in a tiny Italian factory, it has 789 horsepower, and it costs $2.5-million in Canada. Whatever. I've driven my share of supercars and most leave me cold. After you've done a few thousand kilometres in low-slung compensation devices with zero luggage space and race-track pretensions, you've had your fill. You get sick of the noise, the gun-slit door openings and people wondering why you, and not Brad Pitt, stepped out of that beautiful machine.

So I approached the Huayra with more than a little skepticism. On the face of it, this was just another ill-conceived fantasy car, an overpriced contraption that would soon join my dusty collection of barely remembered automotive toys.

Little did I know. I came away from my encounter with the Huayra BC a changed man. Many cars call themselves exotic, but the Huayra is in a league of its own. It is a beautiful, densely compacted collection of extraordinary components and swooping, extraterrestrial shapes, rendered in carbon fibre, titanium and milled aluminum. Every knob, switch and panel is sheer art, with the shimmering beauty of a jewelled watch movement. This is the Sistine Chapel with headlights and turbochargers.

After staring at the Pagani for a while, it was time for a drive. With nearly 800 horsepower and a curb weight of just over 1,200 kilos, the Huayra has the kind of power-to-weight ratio you normally find in machines like the F-18 fighter jet. The Huayra's acceleration is best described as hallucinatory (zero to 100 km/h takes 2.8 seconds). Top speed is in the region of 380 km/h.

Out on the road, the Huayra BC is an apex predator, ruling its tarmac domain as surely as a Great White rules the waters off the Farallon Islands. Everyone stares. Operating the Huayra in everyday highway traffic is like commanding a starship: Cars and trucks flicker past like asteroids. The V-12 motor howled behind my head, an internal-combustion aria that urged me to keep my foot on the accelerator even as the numbers on the digital speedometer flicked up into Indictable Offense territory.

When I put on the brakes, solenoid-controlled carbon flaps rose from the Huayra's body, pressing it down onto the road like an invisible, aerodynamic hand. The steering was so accurate and flawless that I felt like a surgeon guiding a scalpel.

All too soon, the ride was over. The Huayra's scissor doors swung up with effortless precision, balanced on a set of perfectly calibrated gas struts, and I stepped out, glad that I still had my driver's license. I had visited automotive Valhalla and returned unscathed. Not everyone does.

Last year, the bodyguard of a wealthy Chinese businessman lost control of his boss's Pagani and drove it into a steel fence, resulting in the largest car crash claim in the history of Aviva insurance company. This was the car's second major crash – a few years earlier, a friend of the previous owner loaned it to a "famous racing driver" who managed to drive it into a telephone poll. This summer, a Pagani Huayra was crashed in Paris. In 2012, a British entrepreneur died in his new Pagani after he lost control near his newly built home.

But good Lord, what a machine. For the first time in my life, I wondered exactly how I might come up with $2.5-million. The Pagani Huayra BC is the ne plus ultra of road-going machinery. I could spend days staring at its autoclaved carbon body panels, which are woven with strands of titanium. Every bracket, arm and fitting is a masterclass in design and production technology. Next to the Huayra BC, a Porsche 911 seems like a Ford Pinto.

The Huayra is the brainchild of Horacio Pagani, an Argentinian-born engineer and designer who went to Italy as a young man with nothing but a bicycle, a pup tent, and a burning desire to make it in the high-performance car business. He got his big break at Lamborghini, where he designed the unforgettable Countach. After founding his own namesake company, he branched into ultra-exotic manufacturing, building parts for Formula One teams, and sketching out no-compromise street machines.

Pagani's hero is Leonardo da Vinci, the Renaissance genius who believed that "art and science can work hand in hand." After my encounter with the Huayra BC, I understood Pagani's obsession. If da Vinci were to build a car, this is what it might be like.

Of course, the Pagani Huayra makes no sense. It costs a fortune. It has limited luggage capacity. Its capabilities are so extreme that it should come standard with a ride-along lawyer. Never mind all that. Just flip up the car's rear hood, spend a few hours drinking in all the perfectly machined metal and sculpted carbon, and remember what da Vinci once said: "Details make perfection, and perfection is not a detail."

The ultimate DIY project: Build your own two-seater airplane – and fly it
September 14, 2016 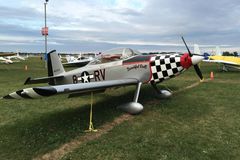 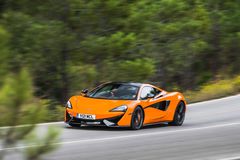 Porsche Cayman GT4 built for those searching for their long-lost youth
August 18, 2016 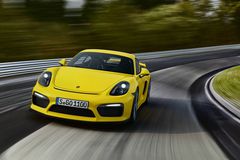