How can you not love the VW Beetle? This is the car that carried hippies to Woodstock and starred as Disney's Love Bug. Never mind that the Beetle was a carbon-spewing polluter and a rolling death trap with weak brakes and zero crash protection. Icons are allowed their faults.

The Beetle followed a social and industrial arc like no other car. Jack Nicholson, the coolest actor in Hollywood, drove a Beetle. So did Charles Manson and Ted Bundy.

I had several Beetles myself, and they left their marks on me in more ways than one. In my 20s, I had to pull the engine out of a dying Beetle beside the road in northern Ontario to make emergency repairs, only for it to break down the next day. During the several years I spent as a Porsche-VW mechanic, a red-hot Beetle exhaust pipe branded my left arm, and a seized clutch bolt left me with a wonky finger joint. But a Beetle also helped me land the woman I love.

The Beetle is mechanically simple and culturally complex. It was created in Nazi Germany, but went on to become a beloved symbol of the peace movement. The Beetle's birth is inextricably tied to Adolph Hitler, who saw a people's car as a cornerstone of a grand political strategy that would make Germany great again after the humiliation of the First World War. Hitler rose to power in a nation stifled by military loss and economic downturn. The Treaty of Versailles forced Germany to make crippling reparations that destroyed the economy. There were about half a million cars in all of Germany – France and Britain each had more than twice as many.

Hitler was a gearhead long before the term was invented. Needless to say, he was also status-obsessed. In its early days, the Fuhrer-to-be nearly bankrupted the Nazi party by squandering its then-meagre funds on a deluxe Mercedes limousine. As the Nazis gained power and wealth, Hitler's plans became increasingly grandiose: He laid out specifications for everything from fortified command centres to giant battleships (the Bismarck class supersized the genre) and highway systems (the Autobahn was one of his pet projects).

A people's car along the lines of Henry Ford's Model T was integral to Hitler's goal of winning the hearts and minds of Germans. "I would like to see a German car mass-produced so it can be bought by anyone who can afford a motorcycle," he proclaimed in 1934. "We must have a real car for the German people – a volkswagen." The engineer who came up with the winning design was Ferdinand Porsche, who would go down in history as the founder of the iconic sports car company. The first prototypes were on the road by 1936, and the car was dubbed the Beetle, thanks to its hard-shelled, insect-like shape.

Although Hitler's ambitious plans for the Beetle were slowed when Germany lost the Second World War, the little car had undeniable appeal. It was inexpensive, durable and useful. It was so well sealed that it could float. The engine could be removed and replaced in about 20 minutes.

In the 1960s, the Beetle's fortunes were altered by an advertising campaign that would go down in history – the "Think Small" series, dreamed up by the Doyle Dane Bernbach agency. That campaign helped turn the Beetle into a counterculture classic, a car for people who rejected the North American obsession with size and status. The Beetle was the vehicular antonym to the tail-finned Cadillacs and the yacht-sized Lincolns that ferried North Americans to their golf courses and country clubs.

I bought my first Beetle in the 1970s. It was nearly a decade old at the time, with many hard miles on the clock, but I saw it as a poor-man's Porsche. This wasn't as ridiculous as you might think. Like all classic Porsches, the Beetle was powered by a rear-mounted, air-cooled motor with pistons that aimed outward in what's known as a "boxer" configuration. And it was, after all, designed by Ferdinand Porsche himself.

Unfortunately, that's where the similarities ended. Although it was an ingenious machine for its time, the Beetle was cursed by a series of built-in flaws. The heating system was so weak that many drivers wore heavy boots and sweaters, and kept an ice scraper on the seat next to them to clear the inside of the windshield. Crash protection was non-existent, and the Beetle's handling was problematic. If you went into a corner too fast and cut the throttle, the rear-mounted engine and swing-axle suspension created what's known as trailing throttle oversteer. If you were lucky, you spun out; if you weren't, you rolled over.

But the Beetle had undeniable charm, and deep engineering integrity. It was tough. It was simple. Its rear-mounted engine gave it fantastic traction. The Beetle was also the cute puppy of the car world, capable of powerful aphrodisiac effects when deployed on certain potential partners. Fortunately, I had a Beetle when I met Marian, the woman who would become my wife. She loved my royal blue Beetle – had I been driving a black Corvette, our relationship might have ended on the spot. My Beetle was a restored 1967 model, a near-perfect machine that I had built for myself while I was a mechanic before leaving to attend journalism school in Halifax. It was small, rounded and slow, but Marian had never ridden in one before, and as we cruised together, looking out through the car's flat, kidney-bean-shaped windshield, a chemistry took hold. Our romance was conducted to the soundtrack of a small air-cooled engine.

The original Beetle was in production longer than any car in history. The first customer cars were built in 1938, and the last one rolled off the line in 2003. In 1997, VW tried to recapture the magic of the original with a design called the New Beetle. Although it sold reasonably well at first, Beetle cognoscenti weren't impressed – the New Beetle was a cartoonish styling exercise, dropped onto a front-wheel-drive Golf platform.

VW tried again in 2011 with the A5, a.k.a. the New New Beetle. No one who knew the original model accepted this one, either; placing a Beetle-shaped body on a front-engine mechanical platform violates the fundamental integrity of the design. The original Beetle's form was defined by its function: The engine was in the back, and the body was shaped around it. In a 2012 review, I compared the A5 Beetle to putting granny glasses and bell bottoms on Céline Dion and passing her off as Janis Joplin.

Great designs aren't add-ons. Instead, they are authentic and bone deep – the outer form reflects what lies beneath. That's what the original Beetle did so well, and that's why we loved it, warts and all. Long may it roll. 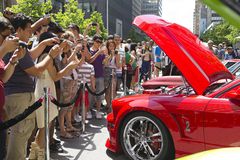 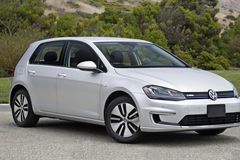 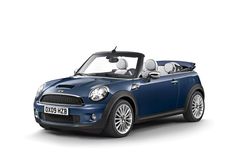