Winter driving has provided more than its share of wake-up calls to motorists smug in their supposed knowledge of dealing with nasty weather.

When I was 16, my father showed me how my tight grip on the wheel had caused a spinout in an Ottawa ice storm. And four decades later, a trip to a winter driving school showed me that my car was a potential killer, thanks to its outdated anti-lock braking system (ABS).

Who knew? There's a good chance that your car is the same. I'll explain what I learned about old-school ABS, and list some of the top misconceptions about winter driving.

First, the ABS. The system in my Lotus sports car is a multi-channel, state-of-the-art system that allows me to make ultra-short stops – the system takes the tires right to the limit of lockup, but never lets them skid.

Then there's my trusty old 2002 Honda. Although it was good enough for its time, its ABS system is stone-age compared to what's on the market now. And its shortcomings were brutally exposed at winter driving school.

The school, called ILR Car Control, is operated by instructor Ian Law in Minden, Ont. My car was equipped with good winter tires, and performed well. Then came the final drill, which requires drivers to stop as short as they can from about 50 km/h on an ice-covered track.

Several cars – including a new Audi, a two-year old Toyota, and a Chrysler K-Car from the early 1980s – all stopped in the length of a tennis court or so.

My stop took the length of a football field – about three times as far as the others. If the object at the end of the course had been a rock wall instead of an orange traffic cone, I would have ended up in hospital – or a morgue.

During the stop, the ABS system pulsed the brakes on and off in a series of lurches, dramatically reducing my stopping power. There was nothing I could do about it, unless I was prepared to disable the ABS by pulling the fuse.

Testing by safety agencies like Transport Canada and the U.S. National Highway Traffic Safety Administration has conclusively proven the value of ABS. For most drivers, ABS consistently yields shorter, more controlled stops on surfaces like dry concrete or wet asphalt. But on loose surfaces like gravel and snow, it's more complicated – and old-school ABS can make a car feel like it has no brakes at all.

As noted, the 1980s K-Car with no ABS stopped far shorter than my car did. That's because the driver was able to lock the wheels, which is an effective technique on snow. So what's the answer? If you can afford it, buy a late-model car. New ABS systems are clearly superior. If you have to stick with an old car, install top-quality winter tires and think ahead. And make sure you don't succumb to any of these winter-driving myths:

1. Locking up the tires is the best way to stop

Although locking up can get you stopped on snow, you lose steering control.

Although you may get away with them most of the time, all-season tires may mean the difference between crashing and not crashing – on snow, ice or cold pavement, and all-season tires can increase stopping distance by 30 to 40 per cent compared to winter tires.

3. All-wheel drive is your winter saviour

All-wheel drive only helps you accelerate – it offers no advantage when you're trying to turn or stop on slick surfaces. Because it adds weight, the stopping distance of an all-wheel drive vehicle can actually be worse than a comparable two-wheel drive model.

4. You don't need winter tires unless there's snow on the road

It's about temperature, not snow. Winter tires should be installed when you expect temperatures to fall to 7C or below. As the temperature falls, the rubber in summer and all-season tires becomes inflexible, killing traction.

5. If you hit black ice, there's nothing you can do

If your car begins to slide, look straight down the road at where you need to go, and maintain a light grip on the wheel. As the car decelerates, you will gradually regain control as your tires begin gripping surface imperfections on the ice. Gentle control inputs will help prevent a spin.

Modern winter tire technology is based on relatively shallow treads and closely spaced grooves that carry away the water film created when the tire presses down on ice or snow.

7. All tires with the snowflake symbol are created equally

To use the snowflake logo, a manufacturer must prove that a tire meets a set of minimum standards. As documented tests prove, there are wide variations in winter tire performance. 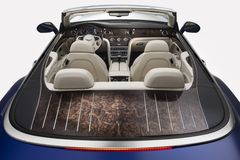 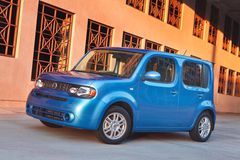 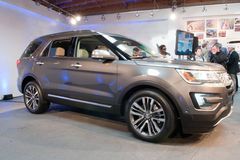 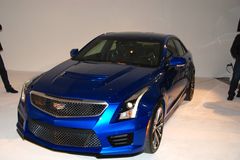