Not all roads are created equal. With this in mind, let's head to Kananaskis Country, home to some of the greatest, wildest drives in Canada.

It's only an hour west of Calgary, but in Kananaskis, you enter another world. This is a place where civilization, as you may know it, disappears. Massive granite walls rise around you like the ramparts of a gigantic dream castle, the air is scented with pine, and the reception bars on your cellphone wink out, one by one. You are officially on your own.

Zoom in to the map to see the route and click on the markers to see photos from each location. 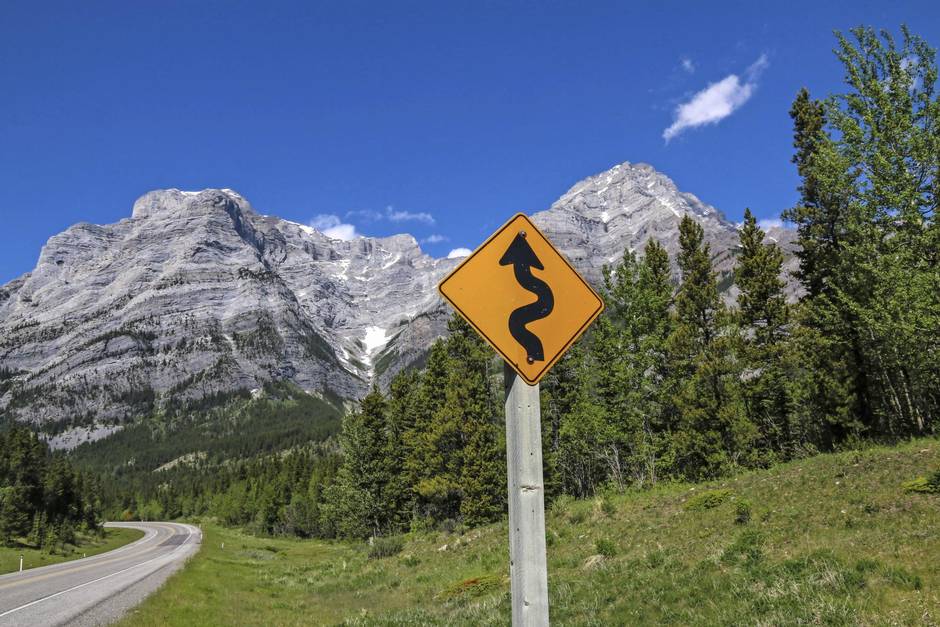 After turning off the Trans-Canada Highway, you enter Kananaskis country by heading south on Highway 40 toward Peter Lougheed Park. This part of the route is paved, but serves as an introduction to what’s ahead: big mountains and deep forests that are ruled by wildlife, not humans. 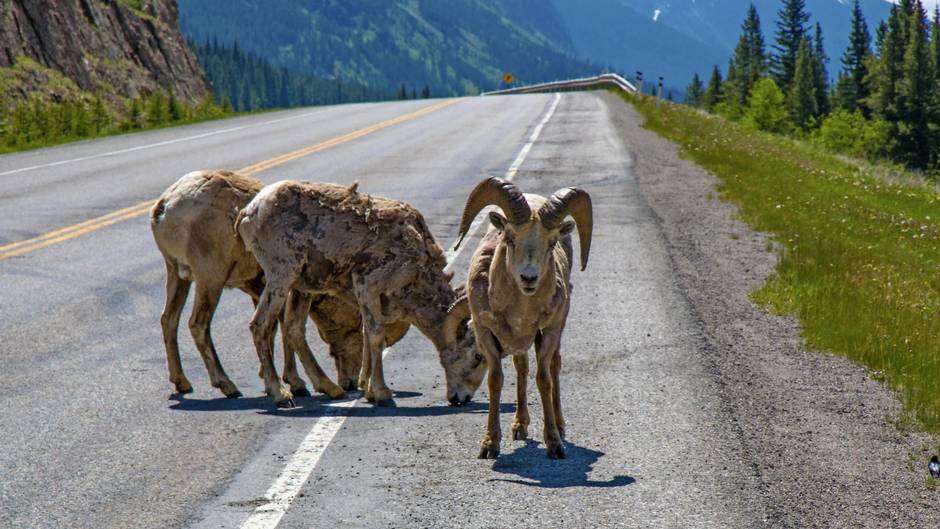 Cruising south toward Highway 742, I rounded a corner to encounter a herd of Bighorn sheep. They were standing in the middle of the road, grazing on something that appeared to be growing out of the asphalt (what it was, I couldn’t imagine), so I got out of my truck and waited for them to clear the way. Twenty minutes later, the sheep moved over to the shoulder and continued grazing. The road was clear, and so was the message: Forget your schedule. Mother Nature is in charge. 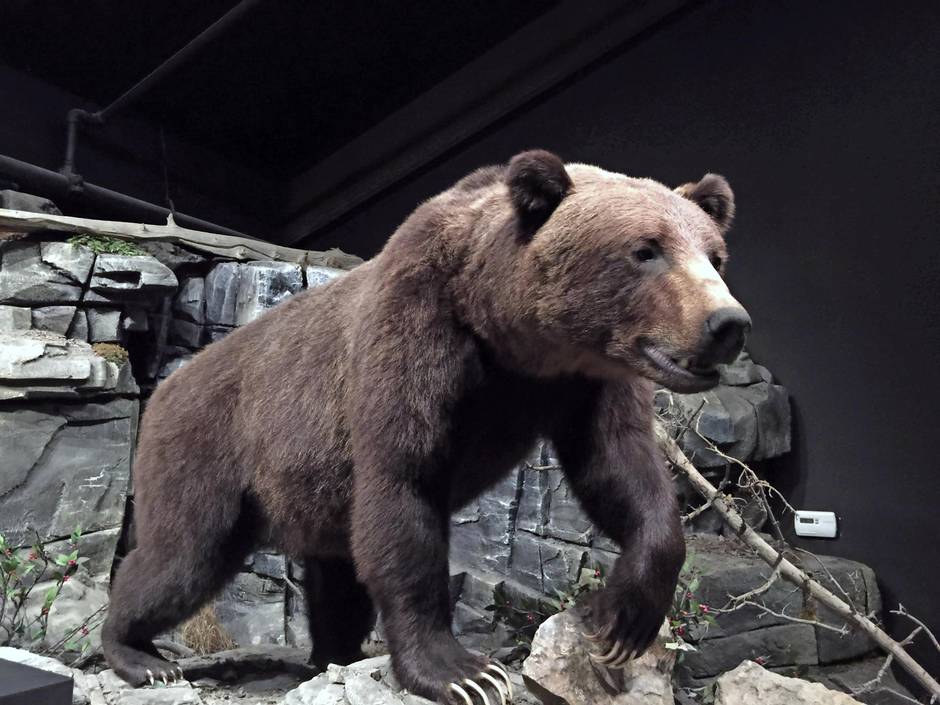 The forests of the Kananaskis region are home to a large population of grizzly bears. Fortunately, this one met a taxidermist well before our encounter. (It was on display at the Peter Lougheed Park reception area.) In its prime, it weighed 312 kilograms. 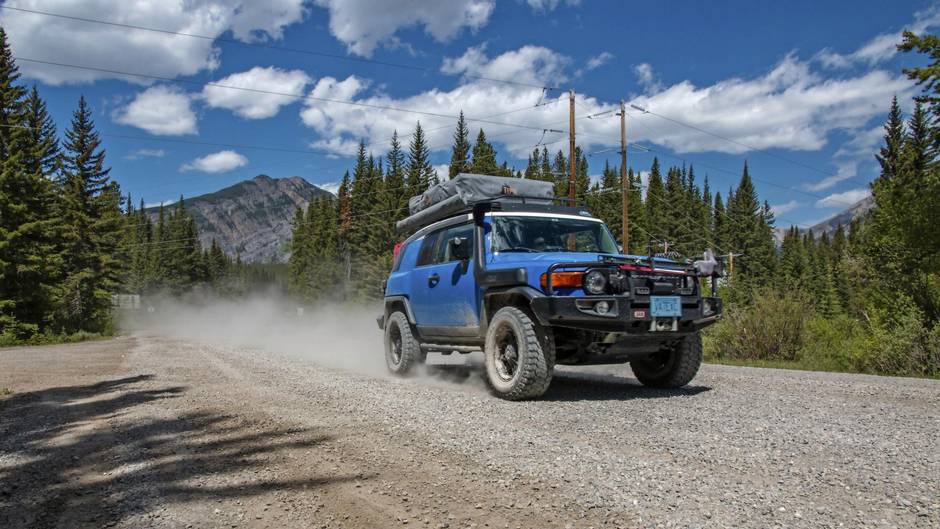 Intersection of Highway 40 and Highway 742

Turning north onto Highway 742, the pavement ends and you find yourself on a beautiful gravel road that will carry you up past the Spray Lakes and through the heart of Kananaskis country. If you stay on the main road, you can get by without a four-wheel drive. But if you want to explore, you’ll need a serious off-road vehicle and, ideally, a satellite transceiver that will let you call for help if things go wrong. 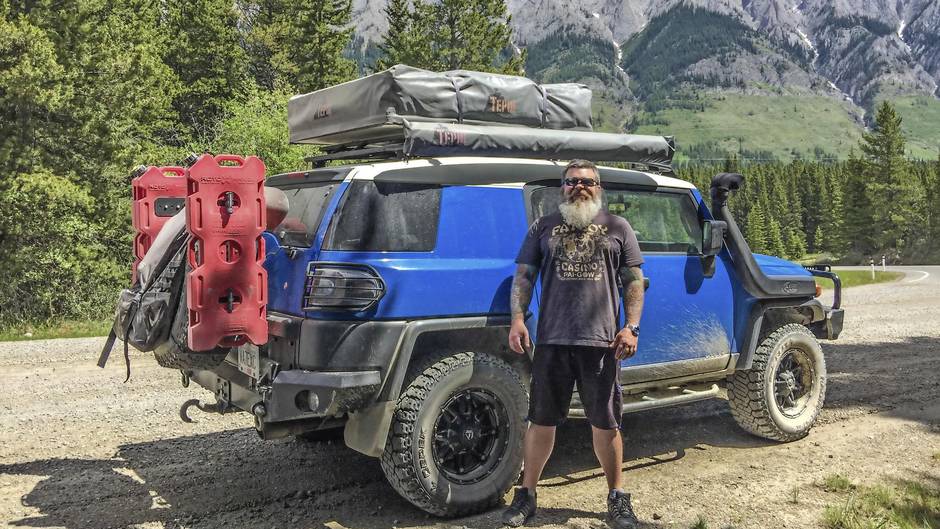 I came across Steven Dodge near the entrance to Peter Lougheed Park. He spent months outfitting his Toyota FJ cruiser for a backroad trip across Canada. The interior is packed with everything from a refrigerator to survival gear, and miniature video cameras are mounted under the fenders so Dodge can scope out obstacles as he climbs through rough terrain. He sleeps on the roof, in a pop-up tent. 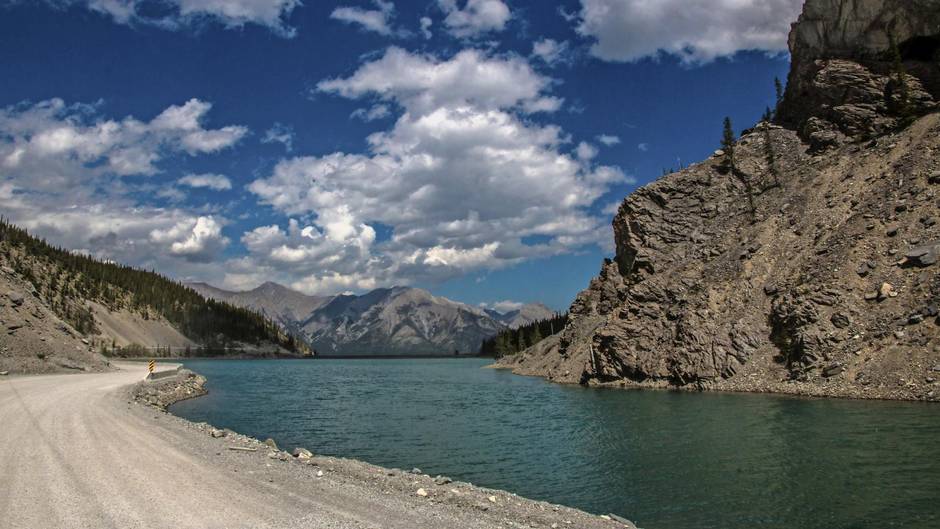 I’m not a geologist, so I can’t explain what gives the lakes high in the Rockies their unique colour. But it’s beautiful. Some of the lakes resemble rare jewels, glinting with otherworldly hues. 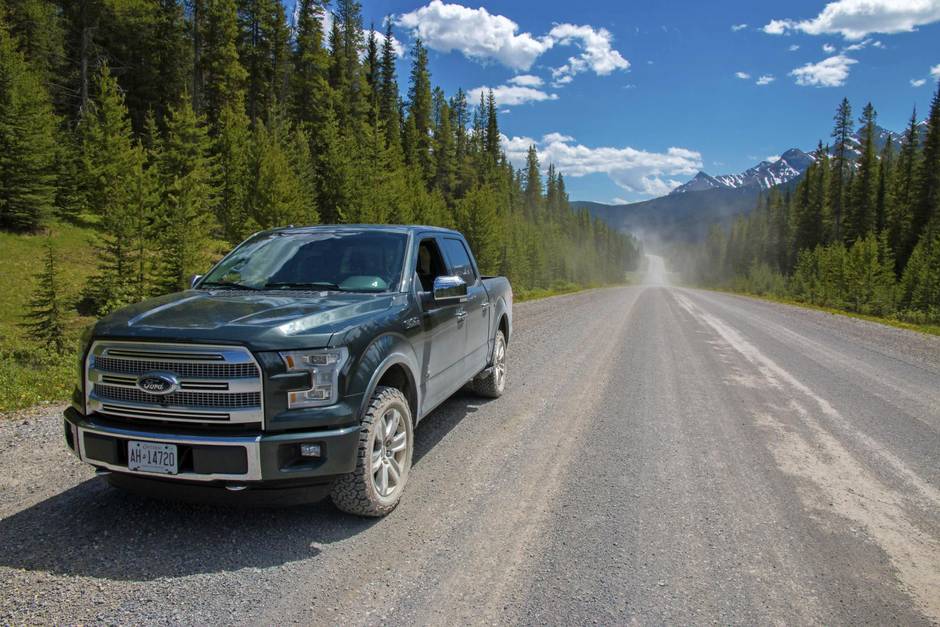 Highway 742 near the Spray Lakes

The sheer space of Kananaskis can be intoxicating. Heading head north toward Canmore on Highway 742, the world I knew fell away, replaced by a vast open cathedral of air where my truck’s dust contrail hung in the wind long after my passage. 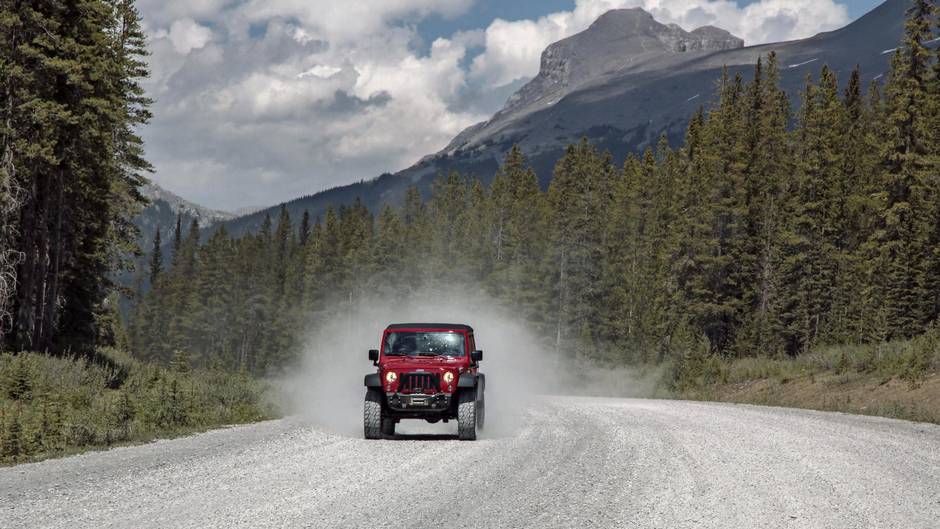 After driving for nearly an hour without seeing another vehicle, it was nice to see this Jeep heading the other way. The driver waved. 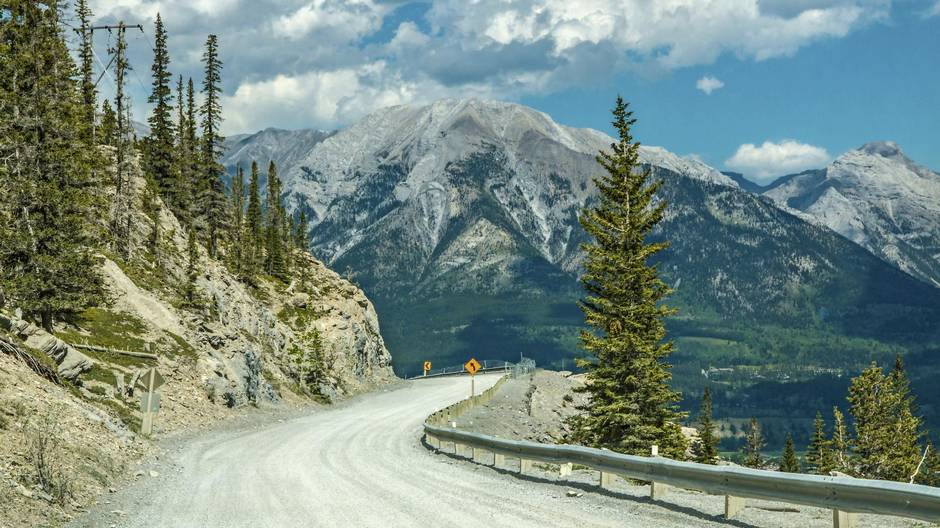 As you head north on Highway 742, it climbs high into the Rockies. Approaching Canmore, the road begins a steep, switch-backed descent into the valley below. The drop-offs are huge – this isn’t a great place to miss a corner. 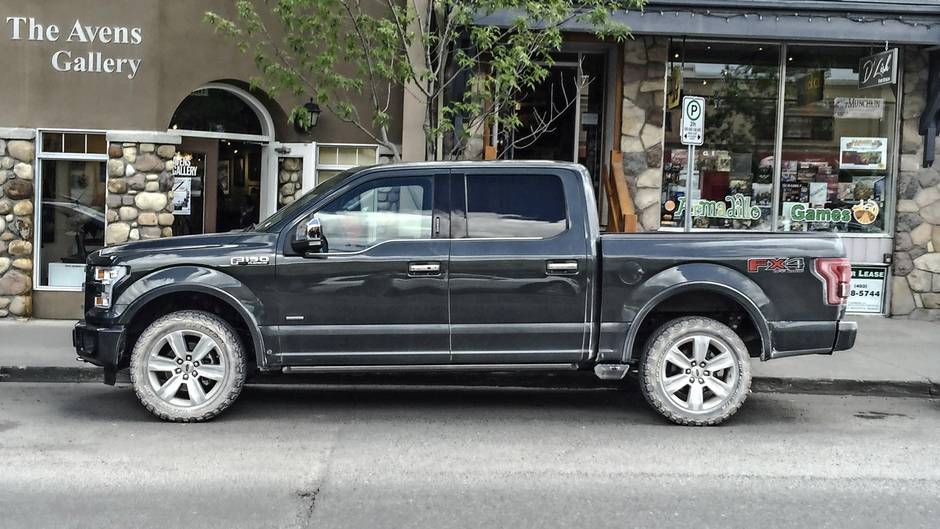 Route 742 delivers you into Canmore, a town famous for outdoor recreation. This is the home to countless climbing walls, mountain bike tracks and ski trails. (The national cross-country ski team trains here.) By the time I arrived, my truck’s wheels looked like sugar doughnuts after the long run on gravel roads. It was the end of a perfect day.