Until last February, the only people who knew about the museum were diehard Corvette fans and tourists who noticed its billboards along the interstate, where it competed for attention with the likes of Dinosaur World and the Park & Splash Lagoon.

WATCH: Peter Cheney at the sinkhole

Then came the kind of publicity home run no amount of money can buy: In the early morning hours of Feb. 12, a giant sinkhole opened up beneath the museum, plunging eight prized cars (including the 1,500,000th Corvette ever built) into the bowels of the earth.

As catastrophes go, this was hard to beat – the hole was big enough to swallow a small office building, and columns of steam issued from its depths. Some of the fallen Corvettes sat on piles of rubble 10 metres below the floor where they had been on display. Others disappeared entirely.

But the sinkhole quickly turned into a gold mine. Newscasts around the world featured the hole and the museum's phones ran non-stop. The once-obscure Corvette museum became a household name. Monthly attendance jumped nearly 70 per cent, from 12,500 per month to more than 21,000.

And no one ever did a better job of turning a lemon into lemonade than the museum's marketing staff: They packed dirt from the sinkhole into labelled jars and sold them as "pieces of history" for $10 (U.S.) a pop.

"All we could do was make the most of the hand that was dealt to us," museum staffer Katie Frassinelli said. "It wasn't something you could plan in advance."

Although I'd seen pictures of the sinkhole, seeing it for myself still came as a surprise – it's huge. And it's weird. After walking through the museum's perfectly-kept rooms and its polished cars, the sinkhole suddenly appears like a giant portal into an unknown, subterranean world. Down at the bottom are a series of jagged cave openings (teams of geologists and spelunkers have explored them since the sinkhole opened).

The sinkhole has also drawn thousands of curious onlookers. On the day I visited, a steady stream made their way to it, curious to see the legendary, Corvette-swallowing abyss.

"I had to see it for myself," a Texas woman told me as she peered at the hole, which is surrounded by a fence made of lumber and orange safety netting. "How could the earth just open up like that?"

Although no one knew about it until the collapse, the floor below the skydome room was the site of an ancient cave system. Experts say the sinkhole probably occurred due to the geological equivalent of the perfect storm: Underground water flows washed away soil and rock, enlarging the cave and weakening the supporting areas around it.

Over time, the soil beneath the skydome's floor became an increasingly thin crust that spanned a vast underground chasm. The skydome contained a rotating cast of display cars, and crowds passed in and out of the building, adding to the load. There were heavy rains last February, which as analysts would later determine, saturated the clay soil beneath the skydome's floor, adding tons to its weight.

At 5:39 am on Feb. 12, the floor reached the breaking point. A hole nearly as large as a tennis court suddenly opened, sinking eight Corvettes. Luckily, the collapse took place when no one was in the building.

Getting the cars out was a massive operation. The least damaged car, a 2009 ZR1 model known as "The Blue Devil," was recovered after 19 days. The most deeply buried, a 2001 ZO6 known as the "Mallett Hammer", remained entombed for eight weeks. Only three of the eight cars were judged repairable. The other five will remain on display at the museum as mangled skeins of metal, glass, plastic and dirt.

Although the museum considered keeping part of the sinkhole open as a permanent attraction, it will be filled in due to the risk and costs involved. Reconstruction begins next month. Filling the hole and stabilizing the area isn't an easy job. Specialist contractors have sunk 148 "micro pilings" into the earth around the hole, and the cave entrances exposed by the collapse will be blocked off with concrete. Once the bottom of the hole is sealed, thousands of tons of rock will be dumped in to fill it.

The sinkhole will be gone. But it will probably never be forgotten. As Corvette owner and museum fan Ruth Pinter put it: "This reminds you of the natural world's power. It's a lot greater than us, or any car." 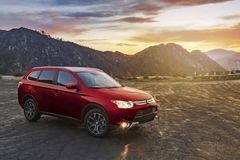 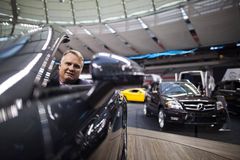 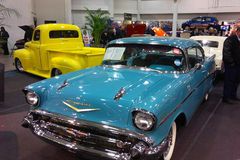 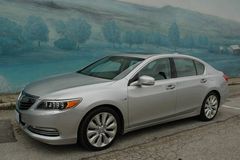 Motorists know texting dangers, but most do it anyway
May 12, 2018 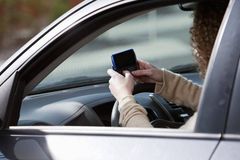 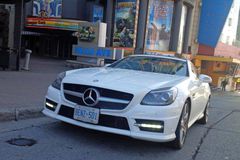