You may be familiar with the Law of Unintended Consequences, which explains how a good idea can produce perverse spin-offs – like the irrigation system that turns a desert into a paradise, but introduces a deadly, water-borne disease in the process.

Which brings us to the car industry's green movement, and how Porsches and Hondas were turned into rat food.

Until a few years ago, it never dawned on me that earth-friendly automotive materials could be anything but a blessing. Then I got a call from a friend with a weird problem – rats had eaten his new Audi's wiring harness. A few months later, the same thing happened to an acquaintance's Honda.

Then came Linwood Barclay's gnawed Porsches. I used to work with Linwood in a newsroom. Today, he's a best-selling crime novelist, and his success has allowed him to buy a pair of Porsches. One after the other, they were afflicted by electrical demons that sent them to the service department on the back of a flatbed tow truck. The diagnosis: mice ate the wiring.

Back when I worked as a mechanic, I occasionally heard about rodent-related car problems. But never like this. After a little research, the penny dropped – our cars are getting tastier.

The roots of the problem reach back to the 1980s, when European politicians began pushing manufacturers to produce cars that had less impact on the environment. By the early 1990s, Mercedes was using biodegradable harnesses. Other manufacturers followed. As the green movement took hold, manufacturers stampeded toward eco-friendly materials such as soy-based seat foams. Ford has been inviting journalists to meals made from natural materials that may make it into their supply chain. When BMW released its i3 electric car, it emphasized the fact the interior trim was made of sustainable bamboo wood.

Given the state of the polar ice caps, it's hard to argue with any of this. But the unintended consequence has been a moveable feast for rodents – and headaches for both owners and manufacturers.

In the United States, owners have launched a class-action suit against Honda, charging that environment-friendly wiring has made its cars irresistible to rodents. One customer says his 2013 Accord required nearly $2,000 worth of repairs after a woodrat ate the main wiring harness. Lead plaintiff Daniel Dobbs, of Wyoming, alleges that the soy-based wiring of his 2012 Accord has been gnawed apart twice. The second time, Dobbs says, mechanics wrapped the wires in special tape intended to deter rodents, demonstrating that Honda is aware of the issue.

Although the suit is still before the courts, it's clear that the war between Mother Nature and the car has entered a new phase. But it was always a losing battle. Back in the mid-1940s, some U.S. states tried to conserve metal for the war effort by making license plates from compressed soy beans and fibreboard, only to learn that it made them targets for goats and cows, who chewed the plates off the cars.

Although soy-based wire coatings have exacerbated the problems, under-hood rodent infestations are anything but new. Rodents don't eat wiring because they're hungry. Instead, it's a form of dental care. Without regular gnawing to wear them down, a rat's teeth can grow nearly 3 millimetres a week. Left unchecked, the teeth would grow to the length of the rat's body within a year.

The solution is to chew on materials. The harder, the better. On the Mohs Scale of mineral hardness, rat tooth enamel is rated at 5.5. Copper is a 3, iron a 4.

Given all this, it's no surprise that cars have become rodent buffets. Even with inedible plastic coatings, wiring was always a bit of a treat. But soy-based insulation has added a candy coating.

So what's the answer? Some car owners have resorted to folklore remedies, such as spreading hot sauce under the hood. Others use sound generators that are supposed to work like the Pied Piper of Hamelin in reverse, driving away the scurrying hordes.

Effective rodent deterrent strategies include stationing a cat in the garage and staying clear of rodent hotbeds such as woodpiles, garbage cans and bird feeders. Its also a good idea to clear dead leaves out from under the hood, because they provide a perfect burrowing location – and direct access to your cars' wiring smorgasbord. You can also buy Honda's rodent-deterrent tape, which is treated with capsaicin, the super-spicy compound that give red-hot chili peppers their punch.

Linwood, twice bitten, now protects his Porsches with old-school techniques – he avoids parking them outside whenever possible, and rings them with spring traps and rat poison. So far, so good. But he knows that the enemy is still out there and, that at least in his neighbourhood, they seem to prefer German cars. As he puts it: "The mice around here have exquisite taste." 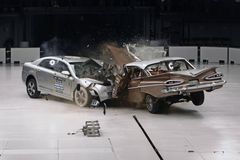 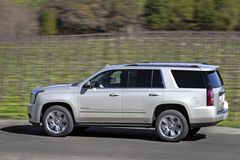 How our relationship with cars has changed to be deeply superficial
February 11, 2016 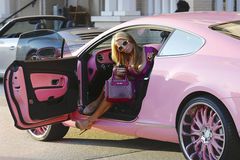